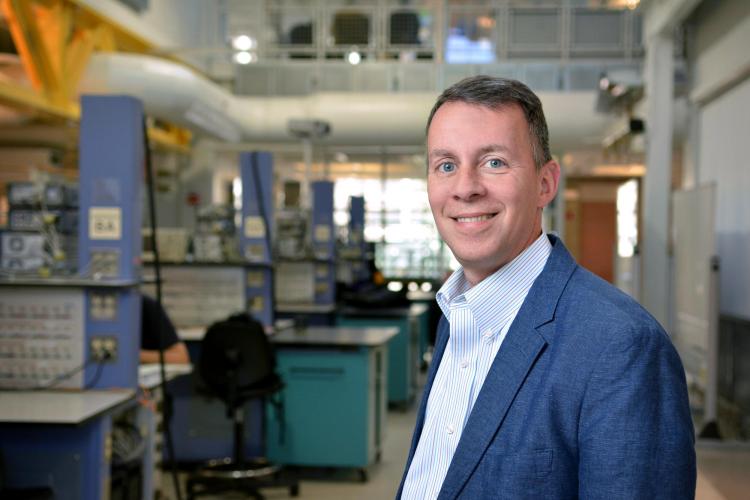 Bobby Braun has been recognized with a major award from the American Institute for Aeronautics and Astronautics in Orlando, FL today.

AIAA announced that Braun, dean of the College of Engineering and Applied Science at the University of Colorado Boulder, was selected as the 2020 recipient of the Durand Lecture for Public Service.

Named in honor of early aviation leader William F. Durand, the first civilian chair of the National Advisory Committee for Aeronautics (the precursor to NASA), this award is presented for notable achievements by a scientific or technical leader whose contributions have led directly to the growth in understanding and application of the science and technology of aeronautics and astronautics for the betterment of humankind.

Braun has served as dean of CU Engineering since January 2017. He is a national leader in space technology, planetary exploration, and entry, descent, and landing systems with contributions that span academia, industry, and government service.

Braun will deliver the plenary lecture today as part of the 2020 AIAA Science and Technology Forum in Orlando, Florida. His presentation is titled Space technology: An investment in our future.

“I am proud of the team I helped to assemble in Washington, DC who crafted the NASA Space Technology programs,” Braun said. “These efforts have been going strong for nearly a decade and are building the technology base required for NASA’s future missions in science and exploration while proving the capabilities and lowering the cost for space activities.”

“It’s exciting to tell the story of the creation of these programs which are now part of the very fabric of our nation’s future in space."

Later this month, Braun will join the executive leadership team of NASA’s Jet Propulsion Laboratory, a division of Caltech, as Director of Solar System Exploration.

He was nominated for the Durand Lecture by Brian Argrow, Chair of the Ann and H.J. Smead Department of Aerospace Engineering Sciences.

“Given Bobby’s world of experience in spaceflight and NASA’s plans to go back to the Moon and travel to Mars, he was a perfect candidate. The lecture will give him a chance to talk about the technical challenges and opportunities for future missions with the broader engineering community,” Argrow said.

Braun is the third CU Boulder faculty member to receive this national honor since it was established in 1984. He follows Professor Dick Seebass, who earned the award in 1994, also while serving as dean of the college, and Professor Donald Hearth in 1988.