The way nutrients and drugs move within the body has more in common with space-bound rockets and jets than you might think. 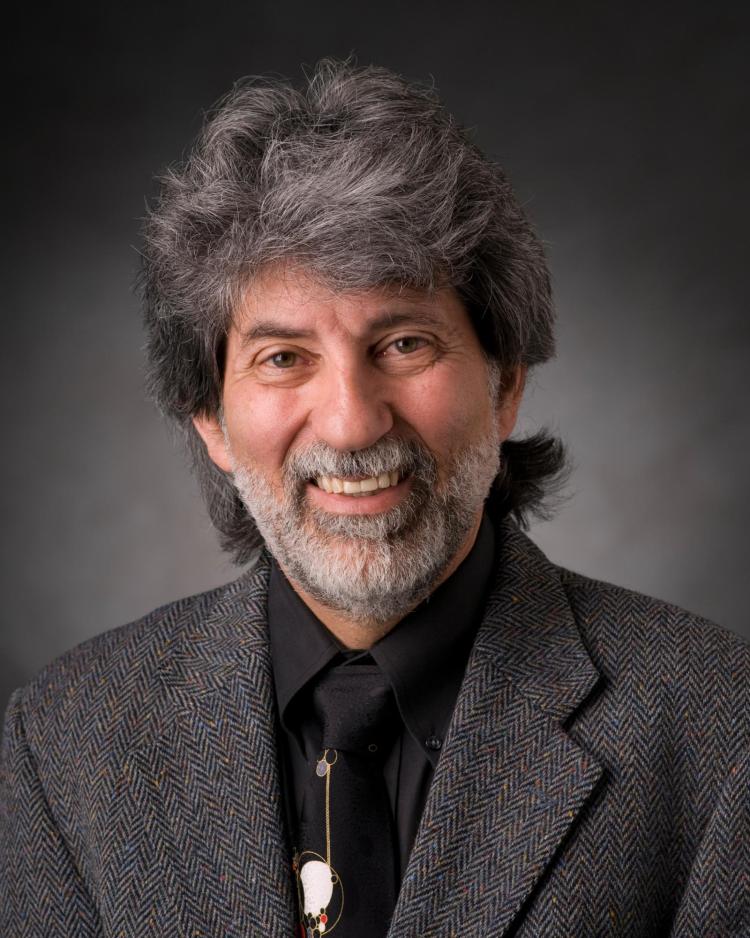 “It's a mechanics problem,” said Jim Brasseur, research professor of Aerospace Engineering Sciences at the University of Colorado Boulder. “What pharmaceutical scientists refer to as ‘drug delivery’ involves the mechanical process of release and transport of drug molecules into intestinal fluid motions that are driven by human physiology.”

Brasseur, who has degrees in aeronautical and astronautical engineering and science, is researching something much smaller than planes and rocket engines: the release, transport and absorption of drug molecules in the human digestive tract.

The movement of fluids (liquids and gases) is physics, and that is just as true for a small tablet releasing drug molecules in the human intestines as it is for a large air vehicle flying at 30,000 feet.

“The release, transport and absorption of drug molecules is essentially a mathematical mechanics problem,” he said.

As guest professor, Brasseur is a member of the “SweDeliver” Consortium, with a focus on the development of oral drug delivery methods for biologics, a class of drugs that currently must be injected directly into the bloodstream. An example is insulin for diabetics.

“The peptide and protein molecules in biologics are too large to naturally pass through the intestinal wall lining (epithelium) to be absorbed into the bloodstream. That is why diabetics have to use syringes. It is not a fun existence. If intravenous injections could be replicated with oral delivery, that would be huge - I have heard it referred to as ‘the holy grail’ for biologics,” Brasseur said.

The team is conducting research into the interplay between the fluid dynamics of the gastrointestinal system and the transport of a specific type of molecule called “transient permeability enhancers,” or TPE. These molecules temporarily make it possible for larger peptides and proteins to pass through the intestinal lining. One source of these molecules is sodium caprate, which is found naturally, for example, in milk.

They hope to answer a number of important practical questions that have limited TPE use up to now.

“How should the delivery of TPE be designed together with biologics in tablets? Should the TPE be in one tablet and the drug in another and you swallow both simultaneously? Should you wait between taking the first and second tablets? How long? How do the coatings of the tablets affect the timing and how should they be designed? We don’t really understand the timing issue at all,” Brasseur said.

Many of these questions come back to the physics of fluid dynamics. When you swallow a tablet and it breaks down in your digestive tract, the drug particles and the drug molecules move throughout your intestines. The drug molecules must reach the intestinal lining and pass through to be absorbed into the blood and be transported to different parts of your body. However, the muscle contractions in your intestines that drive transport are highly variable and the effects of TPEs last for only a limited time (tens of minutes).

The release, transport and absorption of drug molecules is essentially a mathematical mechanics problem.

The team wishes to develop what they refer to as a “computational laboratory” – high-resolution computational fluid dynamics (CFD) models of the motion of intestinal fluids through the gut.

This framework will be applied to evaluate the relative timings of the caprate and biologics drug molecules arrivals at the intestinal lining to understand and maximize the impact of TPE molecules on drug absorption of biologics.

Engineers have been developing such fluid models for aerospace systems for decades. Similar research applied to human physiology and function is a central part of cardiovascular and pulmonary biomedical engineering research, but has not been as prominent in drug delivery development.

“Most new drugs approved today are variants on old drugs. Part of what the FDA requires is testing to prove the rate of release of drug molecules is safe compared to an existing drug. This is done using benchtop testing devices. The most commonly used system quantifies the rate of drug dissolution within a beaker filled with liquid and a spinning impeller (paddlewheel),” Brasseur said.

The FDA needs data to show that the rate of dissolution of the new drug is sufficiently similar to the old one to be safe. This testing approach has been used for decades, but there is an obvious flaw: “The fluid flow dynamics in the device bears no relation to fluid dynamics in the intestinal tract,” Brasseur said.

Think of it this way: when making a strawberry smoothie, you mix the ingredients in a whirring blender until they’re uniform. If you instead simply ate the raw ingredients unblended, they are eventually digested in your stomach to a similar consistency as the smoothie in a blender, but no one would argue the process is the similar.

Brasseur’s work will focus on the development of physiologically correct CFD models of the intestines, especially the impact of intestinal contractions on the movement of TPEs and biologics molecules.

These models will be paired with molecular dynamics models of the impact of TPEs on the intestinal epithelium and the transport of biologics molecules across the epithelium into the blood stream. It is no easy task, requiring computationally-expensive simulations with supercomputers.

Brasseur’s research in drug transport and absorption originated in a series of events during his postdoctoral research at Johns Hopkins University in the 1980s.

“I was working in turbulence and fluid dynamics. My advisor was famous in that field, but also liked to dabble in different things. He would have meetings with medical researchers from Johns Hopkins Hospital who specialized in swallowing disorders. It had nothing to do with turbulence, but I was sitting in on these meetings and I got interested,” Brasseur said.

Before long, part of his own research evolved to focus on the physiology and mechanics of the gastrointestinal system, which eventually lead to research programs in gastro-intestinal pharmaceutics. The new research program with Uppsala University is in its early stage, but the hope is that this program will lead to major new discoveries and developments in the pharmaceutical science of biologics drug absorption.

“This is fundamental science. It could be a decade or two, but to develop a better understanding of the gastro-intestinal transport and oral absorption of biologics would be very exciting,” Brasseur said. “If we can make any advances at all in understanding how to design feasible oral delivery of biologics, it could have a huge impact.”