Leysia Palen, professor in the Department of Computer Science and the founding chair of the Department of Information Science (2015-19), has been recognized as a distinguished professor, the highest recognition given by the University of Colorado system.

Since the award was established 45 years ago, only 136 professors have been recognized in this way across all four campuses.

This rare distinction recognizes the three pillars of professorship: research, teaching and service. Palen said it was deeply meaningful to be awarded for all these dimensions she cares about.

"I'm still stunned," she said. "This award doesn't just acknowledge the external, research-only, image of a professor, but rather all aspects of how we walk through this profession each and every day, mostly behind-the-scenes. We all work hard to make these dimensions knit together."

Palen said she also feels that this distinction is an honor she shares with all of those she has worked with across her career.

"I don't want this award to be an account of the ‘solo investigator’ or the ‘solo leader.’ My strengths are in building teams and persevering through difficult times. The rest of the credit belongs to everyone involved in the projects I have been a part of," Palen said.

Palen's lab today focuses on how technology and data impact our coordination, especially during disasters.

"It's when things go wrong that people really invent and innovate and connect with each other informationally, because we need it," Palen said.

Her interest in computer-mediated communication started in 1993, when she began to observe people coordinating online. These were the days of the Mosaic web browser, the first of its kind, far before the massive infrastructure of today's platforms.

Palen's research on the rising adoption of mobile phones combined with a study of safety-critical systems at Boeing led her to envision the large impact a globally available, disaggregated web of user-created information could have on disaster preparedness.

"I realized that was really where I wanted to do the work of research. It was intellectually interesting, but then it also answered a need for me, because I wanted this work to help others," Palen said.

In those early days, Palen said it was challenging to convince many in academia of the importance of combining computer science with social science, but her hopes were buoyed by her PhD students.

"I have had incredible students. I was never really alone because I was always doing this work with them," she said.

"My interest wasn't in creating a lot of academic ‘mini me’s.’ That seems awful! I wanted to instead create an environment where lots of different disciplines could come together to study technology’s role in disaster preparedness and recovery," she said.

In 2006, Palen was awarded a National Science Foundation CAREER award for her proposal, "Data in Disaster: Socio-technical Change in Response Agency & Public Communications." The award led her to combine the "big data" of crisis response with social science, leading to the formation of the research group Project EPIC– 'Empowering the Public with Information in Crisis'.

Palen started the tenure track in 2004 after first serving as a research professor at CU. She became a full professor in 2015, not long after she launched the Department of Information Science.

Palen said that in this latter phase of her career, she really wants to invest anew in teaching undergraduate students. She wants to bring research into the classroom experience as much as possible and dedicate herself to the undergraduate educational mission. She feels that young people have inherited a world where they must address how technology has been misused.

To this end, she said, she wants to support their passion for questioning our increasingly technological world and help them feel they have the power to critique, investigate and incite change.

"Humans create all the things we use. Into those things we build all of our prejudices and our values. We build in the best of us and the worst of us. Tech amplifies it all. I want to help students navigate this digitized world and effect positive change." 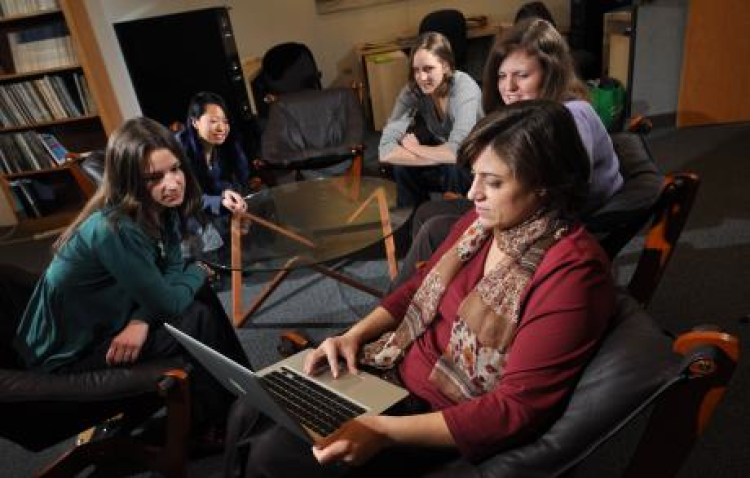