Nima Keivan graduated from the College of Engineering and Applied Science in 2017 with a PhD in computer science. During his time as a student, his doctoral research was on the leading edge of robot perception and autonomy. The importance of his work was recognized by leading corporations such as Google, Toyota and DAQRI that recruited him to help envision the next generation of autonomous driving and augmented reality capabilities.

Keivan’s most noteworthy achievement to date is the co-founding of robotics company CANVAS Technology, for which he was chief technology officer and lead engineer. After less than four years in existence, the company was acquired by Amazon in March 2019, an incredible validation of the value of the technology CANVAS produced. Keivan’s talent, vision and leadership drove the technical success of CANVAS. This included assembling a large engineering team; CANVAS reached around 50 employees, mostly technical, before its acquisition.

Since the acquisition, the CANVAS team has played an important role in the robotics progress at Amazon, a company leading in the field due to its highly automated warehouses and other applications. It also has become a large and important part of the robotics industry in Boulder and has helped make the city a major player in the field.

On top of a demanding professional career, Keivan has stayed closely connected to CU since graduation and has made extraordinary contributions as a recent graduate. He finds time to engage actively in robotics research at CU Boulder – working with and mentoring students, co-authoring research publications, giving guest lectures and promoting robotics-industry employment opportunities in the area including at CANVAS-turned-Amazon.

Keivan is also a member of the Computing Advisory Board, where he makes active and insightful contributions to the department. Due to his leadership, Amazon Robotics is one of the founding members of the college’s Computing Corporate Affiliates Program. He is particularly dedicated to promoting diversity in the field and serves as a leading voice for equity and inclusion as an advisory board member. 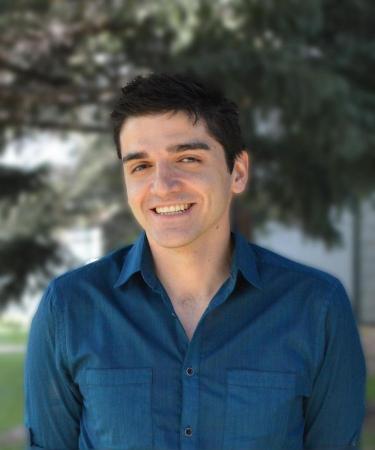