NASA and Nokia Bell Labs made global headlines in late October, announcing that they plan to deploy the first LTE/4G communications system on the moon by late 2022. 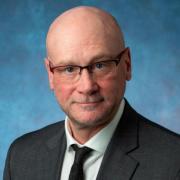 But those two organizations aren’t doing it alone. Behind the scenes, CU Boulder computer science Research Professor Kevin Gifford and PhD student Siddhartha Subray are playing a key role in helping to define interoperability standards for the groundbreaking system.

Gifford is chair of the Wireless Working Group of the Consultative Committee on Space Data Systems, which works to define similar – but more complex – standards for international space systems. The committee always designates two agencies to perform interoperability testing. For LTE on the Moon, those two agencies were CU Boulder and Simon Fraser University in British Columbia, Canada.

Subray shared some of his experiences working on the project:

First off, tell us a little bit about your background. How did you get interested in wireless engineering?

I got interested in wireless engineering because I saw how mobile phones changed our lives. The ability to talk to anyone on the planet and access the Internet from the palm of our hand is quite amazing, in my opinion. I wanted to pursue a career in the field of communication technology, and so I pursued a bachelor’s degree in electronics and communication. After that, I came to CU Boulder for my master’s degree in telecommunications, with an emphasis on wireless networking. That is how I met Dr. Kevin Gifford and got involved in the NASA’s interoperability testing for space communications and the LTE on the Moon project. I also did an internship at Nokia Bell Labs, where I worked on the radio systems that will be used in this project. 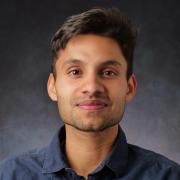 What was your reaction when you found out you would be working on the LTE on the Moon project?

I was thrilled. I never imagined that I would be working on something that would be used for space communications. I feel grateful that I had the opportunity to work with NASA and Nokia Bell Labs on this project. And I am especially grateful to Kevin for providing me this opportunity.

What does a typical day of testing on this project looks like?

It involves working with LTE and WiFi systems for configuring, testing and documenting various network architectures for interoperable mobile wireless proximity network communications in support of space exploration and operations activities. The work contributes to the development of the Consultative Committee for Space Data Systems (CCSDS) standards for space communication and the standards are used for recommending best practices to the international space agencies.

What will be the biggest challenge for interoperability on the LTE on the Moon project?

In general, designing and developing the standards and architectures for interoperable communication in space, especially for mission-critical operations, that allows seamless communication between international agencies while retaining their independency is crucial and is one of the biggest challenges.

Why do you think this project is important? What do you hope the impact will be?