Bridging the gap between AI and humans

Assistant professor will use CAREER Award to demystify decision-making on both sides. 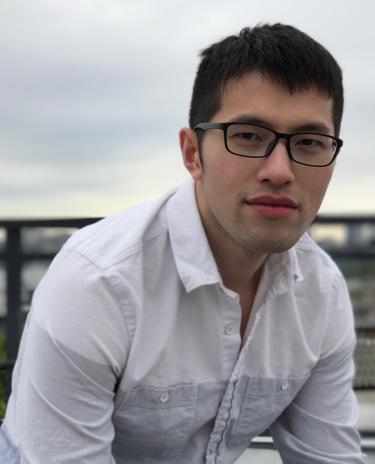 With artificial intelligence playing an increasingly prominent role in decision making for everything from healthcare to criminal justice, many people want explanations of why these systems make the choices they do.

But first, argues Assistant Professor Chenhao Tan, we need to know more about why humans make the choices they do.

Tan recently received a prestigious CAREER Award from the National Science Foundation for his proposal to use natural language processing to better bridge the divide between humans and AI.

Tan agrees that it’s crucial for AI systems to be able to explain their recommendations in ways that humans can understand. But most current computational research focuses on improving things on the AI side, with little attention on how humans provide and interpret explanation, he said.

His project will start with a dataset of natural language explanations, where humans note the persuasive elements of an argument. Next, he and his team will formulate a word-level prediction task to study how humans selectively construct explanations (see their preliminary work) and create additional annotations from psychology to understand what makes effective explanations.

Tan will then build algorithms that learn from these explanations and develop best practices for soliciting human explanations with a machine in the loop, where AI systems are used to enhance the ability of humans in providing effective explanations.

“I hypothesize that by showing even rudimentary explanations from a machine learning model, humans can better understand the model’s mechanism and provide alternative, more effective explanations, possibly allowing humans to identify model weaknesses,” he wrote in his proposal.

On the educational side, Tan plans to develop an interdisciplinary course on human-centered machine learning that would connect students from computer science, psychology and other social sciences. He also plans to collaborate with local education startup Woot Math, using their datasets to create real-world projects for CU Boulder students.

CAREER Awards provide about $500,000 in funding over five years for young faculty members who show promise as role models and leaders in their institutions, both in research and education.