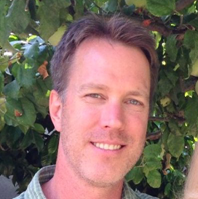 As an undergrad, I didn’t initially care for computer science. This was partially due to primitive technology (e.g., programming on cards and slow mainframes), but mostly due to my not seeing a connection between the information I was learning and how I could apply it to solving interesting problems. As a result, I ended up pursuing a BA in math, while taking a handful of CS courses. However, after having a chance to do some programming to solve a personal problem that I couldn’t solve manually, I found that I really enjoyed computer science. That led me to a job as a programmer after my BA, which in turn led to a 35+ year career in CS as well an MS and a PhD in CS from CU.

Who or what had a strong effect on your interest/trajectory in computer science?

My father, who was a NASA engineer, initially sparked my interest in programming. In terms of my understanding of and appreciation for user experience, my MS and PhD advisor, Clayton Lewis, has been instrumental.

After my BA in math, I took a job as a scientific programmer at Lockheed in Denver. After ~3 years, I returned to CU for an MS in CS, where Clayton Lewis was my advisor while I worked as a PRA at CADSWES (Center for Decision Support in Water and Environmental Systems), in the civil engineering department. After graduation, I went to work at Sandia National Laboratories in Albuquerque, but decided to return to CU to pursue a PhD with Clayton. As before, I worked a PRA at CADSWES, which served as the basis for my research. Prior to completing my PhD and with a growing family, I took jobs as a programmer at US WEST Advanced Technologies and as a director of software development at a startup in Denver, where I finally finished my degree. Since then, I have worked at Cisco (senior manager), Juniper (director and senior director) and VMware (vice president).

I oversee a group that includes user experience, developer experience and data warehouse/analytics for most of VMware and user interface for a couple of business units. I enjoy building and working with a team that is focused on improving customers’ ability to use VMware’s products and services using both graphical and textual user interfaces.