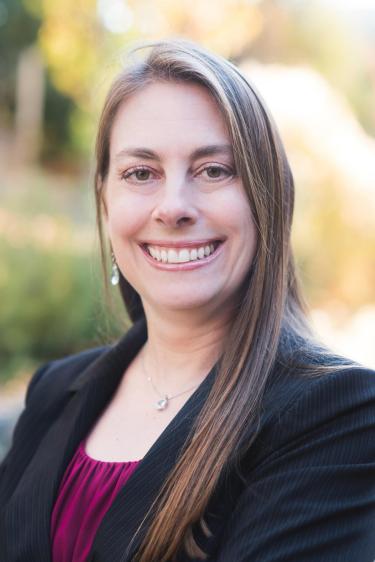 I started my career at the NSA both during and after working on my degree. Next, I worked for Britannica.com – building website traffic analyzers for them. In 2003, the phenomenon that we now call “phishing” was becoming a problem for eBay. The biggest challenge was that no one had a degree in “how to fight computer crime” since computer crime didn’t really exist at scale before then. eBay decided they needed someone who had “both a law enforcement background and an online background.” Given my work at NSA and then Britannica.com, it turned out I was one of the only people who fit the bill. After fighting online criminals for four years, it became clear that they were targeting websites other than just eBay. It seemed like someone should help these other sites defend themselves. My soon-to-be husband (who had also worked at eBay) and I decided we could help. We started a company called Silver Tail Systems that analyzed web traffic to detect malicious actors. It took a while, but eventually companies like Apple and Microsoft and banks like Bank of America and Citi realized that our software gave them visibility that was valuable to them. By the time Silver Tail was acquired by RSA, we were protecting 80% of all U.S. online banking traffic. We also changed the lives of our employees, and made our investors VERY happy.

While I was at Silver Tail, I realized that I had not always hired the best person for the job. I started looking at the science around hiring and found that there are a few straightforward techniques that can improve a hiring manager’s decision process. It seemed beneficial to productize the strategies that had been proven to be effective in the hiring decision process. My next company, Talent Sonar, built systems that did just that. We removed information like names from resumes and insured interviewers asked all candidates the same questions. In addition to making better hiring decisions, these techniques have been shown to improve corporate diversity by combatting the unconscious bias in hiring managers. Unfortunately, I misjudged the timing of the market and the influence of the country’s shifting politics. Talent Sonar closed in 2018.

My career has had both highs and lows. It was amazing to be a world-renown expert whose software protected some of the biggest brands in the world from online criminals. At the same time, I learned more from my entrepreneurial failures than I did from my successes. There are very different lessons in each case.

What moments in your personal life have been most exciting or defining?

Given that my husband has been involved in both my companies, meeting (and marrying) him has been extremely influential in my life. While most couples couldn’t imagine working together, we can’t imagine working apart. We are super complementary to each other. To be perfectly honest, I never would have done either of my companies without him doing them with me. I did most of the fundraising. Asking people for millions of dollars can be quite intimidating. But having a partner who believes in you and shares your vision for success emboldens you to do things you wouldn’t imagine otherwise.

What is your biggest career or life lesson to date?

If you believe in something, go for it. For Silver Tail, I talked to over 40 investors to raise our first round of financing. There were a lot of very smart people who told me “no one is going to pay money for what you are building.” But we knew there was a market for our software. We were seeing the criminals target other companies, and very few people understood how to protect these websites. Sometimes I understood things better than some of the smartest people in Silicon Valley. 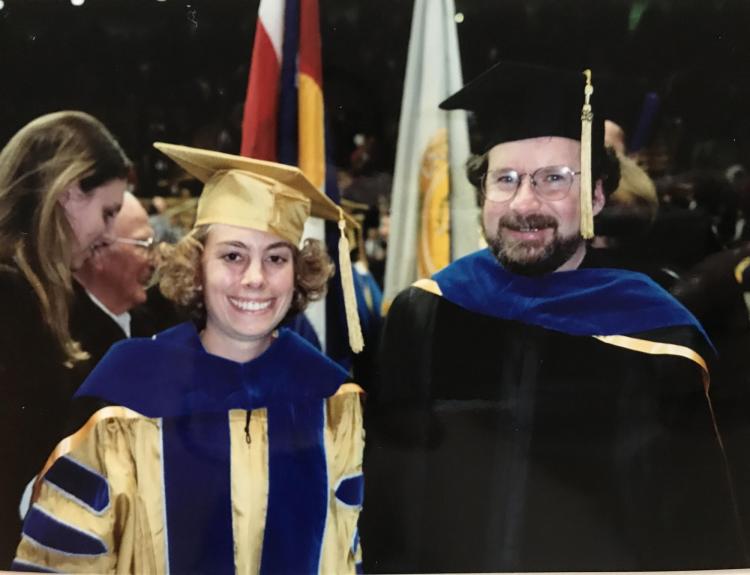 Laura Mather with her advisor, Jim Martin, at graduation.

It’s OK to not know what to do. When you are building a startup, you are making many, many decisions a day. Some can seem obvious, but a lot of times a decision can feel really tough. The way I’ve always dealt with these tricky decisions is to collect data. When I am not sure how to proceed, I try to ask three to five people who I consider “experts” in the situation I am facing for their advice. What may be unexpected is I usually don’t take any of their specific advice. The decision I make is often an amalgamation of all of their comments into some new direction that none of them suggested. Hearing different viewpoints can often help crystalize my gut on something. To add to that, it’s important to realize you will make mistakes. I make mistakes frequently. What’s much more important than the mistake itself is what you do to recover from that mistake.

Finally, try to work with people who don’t have egos. I’ve found that when building a team, if someone who has an ego gets hired, it messes up the dynamics of the entire team. Data has shown that the best teams are able to disagree respectfully – they like it when people challenge their thinking so that they can make their thinking better. I want to be around those types of people as much as possible.

Be aware of what you are putting out in the world and what ramifications it has. For example, if you are building AI systems, make sure your data isn’t biased. Or if you are building a financial system, make sure the criminals can’t readily exploit it. I worry that technology is moving so fast now that sometimes a product with amazing potential ends up doing more harm than intended. My generation didn’t really understand the harm we could do. The latest generation will be able to go into the field with eyes wide open, and I hope you all will take that responsibility seriously – both to clean up some of the mess that has already been made and to ensure that things don’t get messier than they are now.