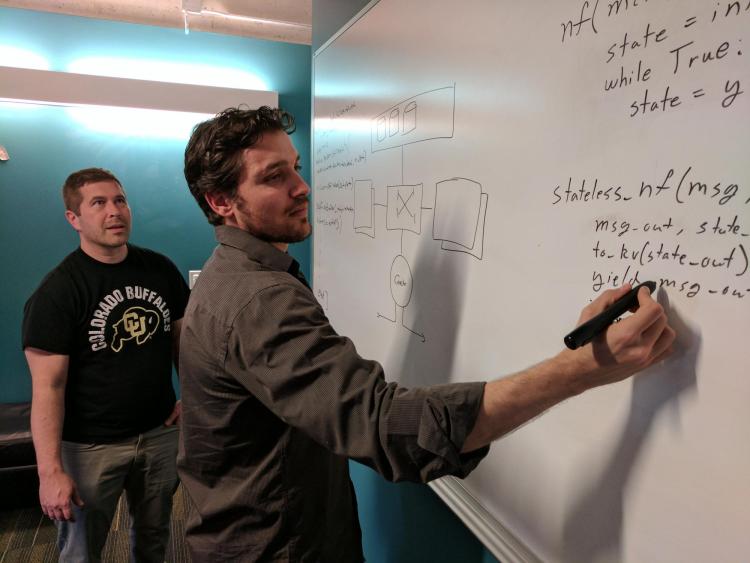 Computer science is a world of puzzles, and I am fascinated with solving the kinds of challenges, complexity and problem solving that come from this industry. The work in computer science keeps my brain young and active as new and exciting developments are achieved.

Until high school, I did not have regular access to a computer. When I finally had the chance to get into computing, I increasingly enjoyed the range of options, the importance of logic and the integration of mathematical concepts as I dove deeper into the space. I had a natural affinity for computing, which set me on the entrepreneurial path I’m on today.

One thing I learned was the value of relationships. The relationships I established while involved in the CU internship program have played an important role in the founding of Stateless and its success. And the mentorship, working with people in the field, and the insights from actual practitioners have all helped to strengthen my computing foundation.

My undergrad experience started in Benghazi, Libya, where I studied software engineering. This led to an educational journey at Worcester Polytechnic Institute (WPI) where I centered my focus on computer networks leading to my master’s degree in this space. After WPI I pursued and achieved a PhD from CU, where my initial plans were to continue on an educational path. But after a period of work with AT&T and other large vendors, I decided to apply what I had learned to the commercial space, which eventually led to the founding of Stateless Inc.

The most exciting thing has been receiving the first check from investors in my technology venture because it was validation from industry experts of what my co-founder and I had developed. After raising several million dollars in investments our spirits received a significant boost.

What moments in your personal life have been most defining?

My father passed away when I was a teenager, which set me on a path where I had to take care of things on my own. At that point, it was important for me to re-center my focus in order to succeed in a highly-competitive world. Along the way, there were many lessons learned that led to my growth and resilience.

What is your biggest career/life lesson to date?

Have a positive mindset. The moment you admit failure or defeat, your efforts come to an end. From my experience, I learned that you gain the most when you experience challenges, and there is almost always pain in growth. If you don't go through a painful process then you’re not learning or growing. Accept the pain and the gain.

The favorite part of my role as CEO is seeing the growth of our team. The group's excitement and taking pride from everyone moving in the same direction has really been an exhilarating experience.

Work within the industry as much as you can and as early as you can. Work on real projects. The more exposure you get to real-world environments, the better position you will be in upon graduation - especially if it's relevant to your area of study.

I expect to see the continuing move toward the elimination of human interactions, which is a negative. As we're driven by emotions and feelings, moving too far toward computer automation will create a problem for humanity. There's a lot of focus on automation and removing or minimizing the human element but humans desire interaction at a subconscious level, so expect to see more on this in the years ahead.