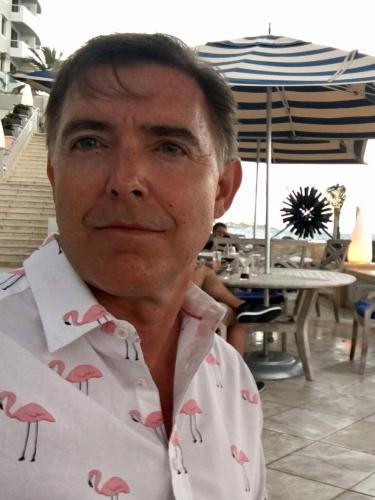 My advisor Gary Nutt had a huge impact on me. His direction provided me with challenges and guidance, but also the right amount of freedom to pursue my research. Sure, I would go off into the weeds pretty regularly, but that was part of the process. For me, Gary's work was the perfect mix of the theoretical and the practical. Those lessons served me well later as I moved from the academic world to the startup world.

After CU, I spent about six years in the academic world of postdocs and research faculty. I was recruited from Carnegie Mellon University to Silicon Valley and spent 20 years there doing startups. I worked at seven startups and co-founded four. I was lucky enough to experience successful exits, one IPO and one acquisition. I'm now based in Puerto Rico where I focus on investing, mentoring and enjoying life.

You need to be open to taking risks. It's OK to fail, just try to learn from your failures and don't make the same mistakes the next time around.

Don't limit yourself based on geography. I took jobs in Tulsa, Paris, Tennessee and Pittsburgh before ending up in Silicon Valley, and I now live in Puerto Rico. Leaving Boulder in the summer for Tulsa felt like a hardship at the time, but the job was a wonderful experience that lead me down an amazing path.

Follow your gut. CU wasn't the best school that accepted me, but it was the right school for me. When I graduated from CU, I turned down faculty positions at prestigious universities to take less prestigious postdoc positions. These felt like the right decisions at the time, even though on the surface they might have seemed illogical. In the end that gut feeling was proven out. 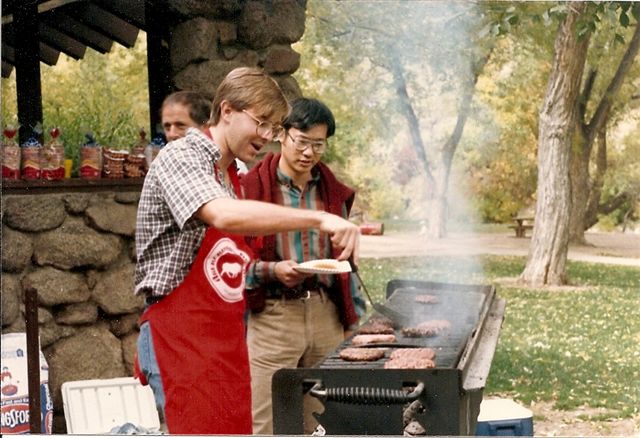 Adam, left, and Xiaodong Zhang at a cookout during their grad school days.