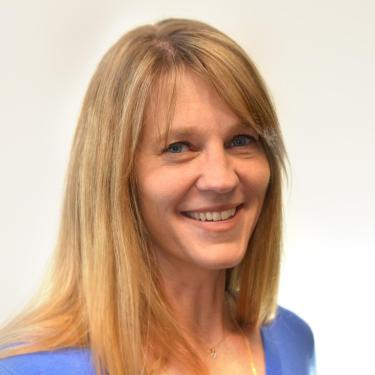 When I was a sophomore in high school, my math teacher taught us a few rudimentary programming essentials in BASIC, and I enjoyed it a great deal. During that same year, I read an article in the newspaper that said people who graduated from college with a degree in engineering had some of the highest-paying job offers of any degree program. I cut that article out, and I hung it on the inside of my locker. I had not yet figured out what engineering meant, or what my choices were, and I didn’t even realize that the BASIC programming we had learned could be a part of an engineering degree. But I did know I needed to do as well as possible in science and math, and that newspaper article kept me motivated.

I really had very little programming experience in high school. I learned a bit more BASIC as a senior, but we didn’t have any computing classes. It was just an add-on to math. But I was drawn to it. I was always interested in logic puzzles and also language, and learning BASIC combined the two. I was challenged to solve puzzles, and then I had to figure out the language needed to bring the solution to life. So, it became the perfect fit.

Although I learned many life lessons at CU, one kind of funny lesson I learned was during my astronomy class. We had an assignment to go out each night and chart the phases of the moon by observing the moon and drawing the phase we saw. This was roughly the same time that tools like Archie and Gopher were becoming available, at least for people who were working in a computer lab like I was. I found a document online with the phases of the moon, and I downloaded it – which I thought was an accomplishment in and of itself – but my astronomy teacher did not agree, and I ended up with a D on the project. The lesson was that you still have to accomplish the goal the teacher has in mind, even if you find yourself distracted by a much more interesting goal along the way.

When I was a freshman, I was fortunate enough to become a Woz scholar under Evi Nemeth. That gave me the opportunity to work at UnixOps and start learning system administration. I ended up liking sysadmin far more than I liked programming and stayed with administration and network engineering for most of my career. I worked for US West when I graduated and was the lead engineer on the first dial-up Internet service provider for the company, and then became the lead engineer for the MegaBit Services DSL offering. I was also on the board of the Colorado Internet Cooperative Association, the first ISP in Colorado. After moving to MediaOne, the cable company that split off from US West, I left telecom and did a variety of consulting jobs culminating in information security consulting for about seven years. I always had a passion about the economic self-sufficiency of women, though, and when I learned about the National Center for Women and Information Technology (NCWIT) and its mission, I knew I wanted to be a part of it, and I still am today. 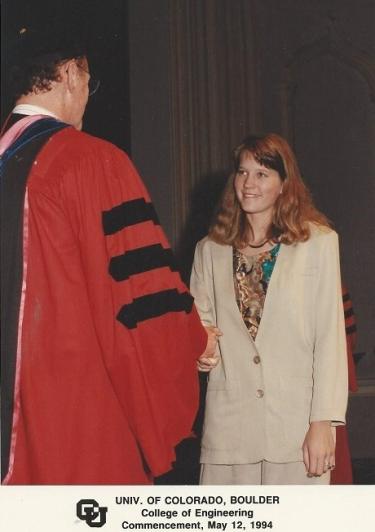 Working as the lead engineer on two pivotal technologies for US West just as the Internet, and access to it, were becoming widespread was an amazing experience for me. I even gave a video-link demonstration to Bill Gates in my early 20s – using a demo-in-a-box system I had co-created with one of my colleagues. It was a simulator that showed in a clear way the differences in speed that could be accomplished with different network technologies like DSL and cable modems.

Another great experience was when I had the opportunity to teach people how to use the Internet when US West wired the entire community of Winona, Minnesota, with a grant from a local benefactor. One of my favorite stories from that time is when we were in a nursing home teaching the residents how to use the computer we had just installed in the main sitting room. We were showing them how to use the mouse, and how to use email. The residents kept picking up the mouse and pointing it to the screen like it was a remote control. It was an incredible experience watching them light up when they connected with someone across the country they had lost touch with, but could now talk to through email or chat rooms.

My current role is president and CTO at NCWIT. I am incredibly blessed to have the chance to work at a mission-driven organization each and every day. The team of people at NCWIT is amazing. We share a vision of our world, and the potential it holds, which is deeply motivating. I am constantly inspired by my team, and grateful for the chance to work with each and every one of them. I believe deeply in our society’s need to make sure women and other under-represented populations have the chance to achieve economic self-sufficiency. And I know that technology is one of the best ways to get there. Every day I know that we are doing everything in our power to bring opportunity to people who wouldn’t otherwise have it.

I hope that as we move deeper and deeper into a world of artificial intelligence that we find a way to minimize bias and maximize consideration for the effects we have on humanity along the way. We, as computer scientists, have a duty to understand the impact of our work, and to examine it closely to make sure we aren’t inadvertently doing harm. We need to take the long view about our technologies and our systems, and be thoughtful about the impact we have on all people, in all situations. As many historical figures have said in many different ways, “with great power comes great responsibility.” And that is more and more true for technologies as well as people, all the time.