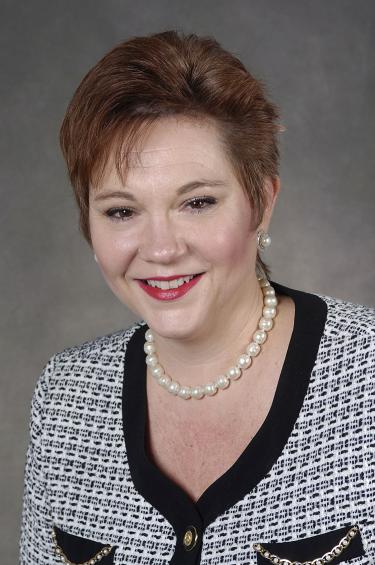 I chose computer science as I graduated with my undergraduate (BA in math) from CU Boulder in 1985.

I had taken a couple of programming courses and found I was “fairly” good at it. A main driver for choosing it as a career field is that, at the time, the internet was just becoming commercial and I felt the field was going to have a huge impact on business and society. With this background, I believed could pursue multiple possible paths with my career. All that this came true. I’d also like to note an important fact that many at the CS department don’t know: one of the first, if not THE FIRST, commercial internet service provider (ISP) was started at CU Boulder.

My early career included a stint as a member of technical staff at US West Advanced Technologies, which occupied what is now the east CU Boulder campus. When I finished my PhD, my husband and I decided to live overseas, and I became an associate professor at the then-new Hong Kong University of Science and Technology. When it was time to return to the U.S., I decided I wanted to be on the applied side of computer science and joined the aerospace and defense sector. My career path from then includes nearly 25 years in industry. I held top-level executive positions with Boeing, Northrop Grumman, TASC and ITT Exelis. I led large-scale multi-billion-dollar P&L operations in aerospace and defense, high technology R&D and technical services with an emphasis in computer science such as data analytics, cybersecurity and digitally enabled or enhanced operations. My career highlights included generation of multi-billion-dollar contract awards through innovative application of advanced technologies, often in very short time horizons, for customers in the military, global/homeland security, civil and commercial aviation markets. I am now serving as an independent director on two corporate boards, Serco Inc. and Ultra Electronics.

I was most energized in my career when I had the opportunity to set a new course for a group or an entire company and doing it with the collaboration of a group of really smart people who wanted to work as a team. A great example of this early in my career at Boeing was when I was asked to lead the effort to redefine the long-term investment strategy and oversee the associated investments into R&D as a result. This was in the late '90s, shortly after I started with the company, and I was often joking with other leaders that the jets were going to become “just nodes on a network.” I had built up some credibility with some special projects that led to millions in savings, so I was given the long-term technology assignment. We revamped the direction of the R&D in a significant way: with a much greater focus on technology such as data warehousing, agents and information assurance. All of these were precursors to today’s data analytics, artificial intelligence and cyber, for example. The results of that R&D program led to software capabilities in information management, middleware and advanced communications that became the basis of a series of multi-billion-dollar contracts with military customers and led to the largest backlog Boeing had ever had to that point in time. The wins were great, but it was seeing the actual real impact of the technology improving conditions for soldiers, as an example, that I thoroughly enjoyed.

What moments in your personal life have been most exciting or defining?

Upon finishing my PhD, I accepted a position as assistant professor at the then-new Hong Kong University of Science and Technology. This gave my spouse and I the opportunity to live overseas and explore many parts of southeast Asia during our nearly five years there. It was also extremely interesting to live as a true minority and to learn about the Hong Kong culture from a very unique (albeit privileged) perspective as a professor. I would encourage anyone who has the opportunity to live overseas to jump at the chance! It will broaden your horizons and redefine the way you see the world (for the better) in ways you can’t imagine.

What is your biggest career or life lesson to date?

I’ve many life lessons but a couple that stand out are 1) Always find a way to have fun even in the most trying times and 2) a failure, as tough as it may feel, always adds to your experience base and will lead to new open doors.

Are there any “words to live by,” credo or top values that you follow?

Here’s a quote I like to engrave on some desktop object and have given to my various leadership teams:

“To achieve great things, two things are needed: A plan and not quite enough time.” - Leonard Bernstein