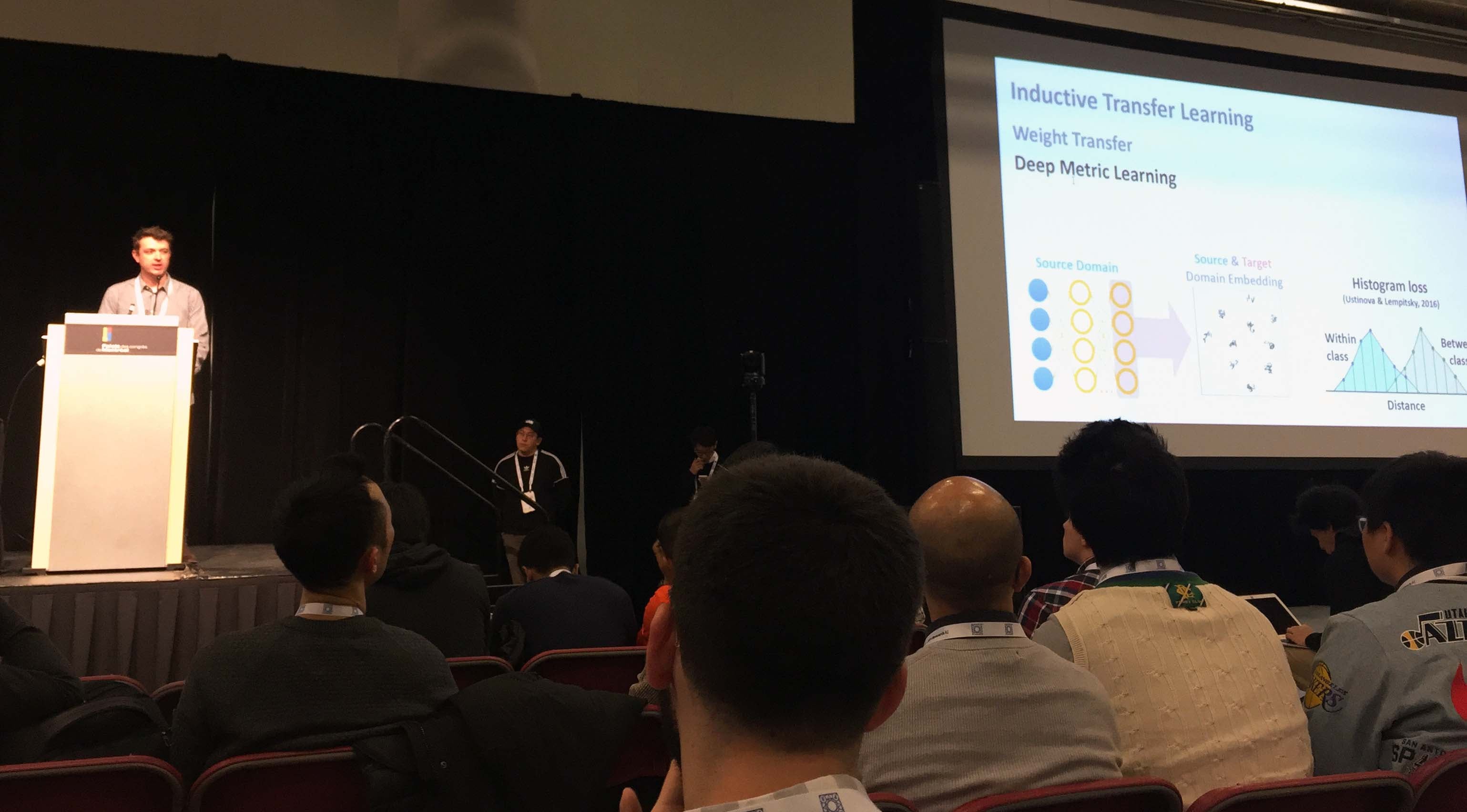 Above: Scott presents his research at the NeurIPS conference in 2018.

Tyler Scott’s up-and-coming career as a researcher all started with one brief email from a professor.

His junior year, he had just completed an undergraduate artificial intelligence course and a graduate-level machine learning course. Scott had become fascinated by how different machine-learning methods worked and the ways in which they operated on data.

On a whim, he started perusing computer science faculty members who worked in that area. He’d never met Professor Mike Mozer, but found himself digging into Mozer’s past talks and reading some of his papers.

“I was really interested because Mike sits at the intersection of machine learning and cognitive science,” Scott said. “He looks at how you develop machine-learning methods that are founded on principles of cognition.”

So he decided to send an email about research opportunities in the lab. He mentioned that he had read Mozer’s work and attached his resumé.

“He responded back saying, ‘Come to our lab meeting on Tuesday afternoon,’” Scott said. “So I showed up to a couple lab meetings. I really had no idea what was going on and definitely asked naive questions.”

But Mozer saw potential in the undergrad and suggested they work together on a senior thesis project.

The rest is history. Scott will graduate this month with his BS/MS degree in computer science and was chosen as the College of Engineering and Applied Science’s Outstanding Undergraduate for Research. He will also be honored for having the highest undergraduate GPA in the college.

“Tyler is the sort of student who comes around Boulder about once every 15 years,” Mozer wrote in his nomination letter. “Other colleagues have told me they’re envious that I snagged Tyler for research. (He) has the integrity, fortitude and desire to find truth that makes for an outstanding engineer and scientist.”

In the NeurIPS spotlight

When Scott completed his undergraduate thesis, he and Mozer decided to submit it to the Neural Information Processing Systems conference, one of the most competitive conferences in the field.

Scott said the paper took a holistic view of several machine learning methods, comparing models across sub-communities of ML that had never been compared before. They ended up finding a class of models that were significantly better than the others.

Despite their concerns that the paper was too empirical and not “math-y” enough, Scott said, it was selected as a spotlight presentation – an honor given to only about 4% of submitted papers, according to NeurIPS.

And Mozer insisted that Scott be the one to do the five-minute presentation in front of several hundred researchers.

“I was terrified,” Scott said. “It’s one of the biggest conferences in that area in the world.”

But he said it ended up being an “awesome” experience that taught him a lot about presenting to a more general audience.

“It’s a lot different than in a class,” Scott said. “In a class, everybody kind of has the same knowledge because you all were in the class together. At a big conference, people are from really diverse fields, so it’s a challenge to present in a way that everybody can understand.”

Looking to the future

Scott is now completing his master’s thesis on novel stochastic-embedding algorithms, and he will spend the spring interning at Facebook Reality Labs. After that, it’s on to another research internship with Mozer, who is on leave at Google Research, before coming back to CU Boulder to complete his PhD.

Scott said he hopes to continue doing research in an industry setting and possibly start his own company someday.

“I like thinking of areas that need a solution and then thinking about how you design and build that solution,” he said.

He’s thankful for that email from Mozer that got him started on his career path, and said students who are interested in research should never be afraid to reach out to faculty members.

He also said he’s no more of an “intellectual” than his fellow undergraduates and got where he is today by working hard and being curious.

“I would characterize my experience as ‘you get out what you put in,’” Scott said. “If you're willing to come and work really hard, you’re going to be stressed and frustrated, and there's times when you're just going to want to quit. But if you push through that, then you're going to get out more than just kind of sliding by.” 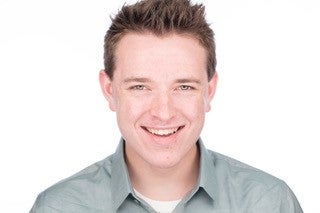 “Tyler is not only a rising star in the field of machine learning. He’s also a genuinely nice guy who knows how to work in a team and communicates well with others. He also gives back to his community, and he has had some significant industry positions, even at his young age. The sky is the limit with this one.” – Professor Liz Bradley