Congratulations to Jacob Crawford and Alex Ray, the May 2019 Outstanding Graduates for Academic Achievement in the Department of Computer Science!

Crawford, originally from Superior, Colorado, and Ray from Thornton, Colorado, will be recognized at the department’s graduation ceremony for having the highest undergraduate career GPAs in their class. They were also honored at the college's Distinguished Engineering Alumni Awards banquet in April.

In addition to his academic accomplishments in his major, Crawford also completed a minor in business and interned at LogRhythm, Sovrn Holdings and Aquatricity. He also participated in HackCU for three years, where his teams worked on everything from a happiness tracking app to a proof of concept for decentralized SSL certificates via blockchain technology.

What made you decide to pursue your major? 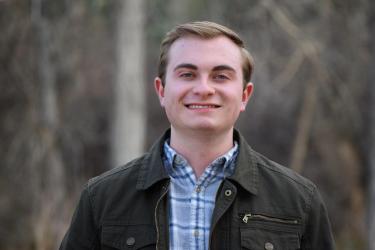 As a kid, there were times where I wanted to be an "inventor" and really wanted to be the first to create something new. When I was introduced to programming, it really resonated with me because it allowed me to quickly create something new and show it off. Studying computer science became a logical extension of this, allowing me to create more, and have a deeper understanding of what it is I am creating.

Tell us about your academic experience at CU Boulder. Was there a class or instructor that especially influenced you?

I have had the privilege of experiencing the kind of diverse education that someone can get at CU Boulder. I have taken classes that relate directly to my career, such as technical content-heavy computer science classes or project-focused business classes. On the other hand, I've been able to take classes that may not directly contribute to my career, but round me out as an individual, such as music courses. I believe this mixture will serve me well as I set out into my career, and life in general.

What are your plans after graduation?

I will first be taking a couple months break, during which I will be going on a trip to Europe with my family. After returning to the U.S., I will be trying to bike and hike as much as possible before July, at which point I will be starting at Google's Boulder office as a software engineer.

What are some of your longer-term career goals?

My immediate focus will be on further developing not only my technical knowledge, but also my ability to collaborate on a team. I thoroughly enjoyed leading my senior projects team this year, so in the long term, management may be a path I explore. I also have to imagine that the entrepreneurial bug will bite me at some point, and I will likely find myself being a part of a new venture. 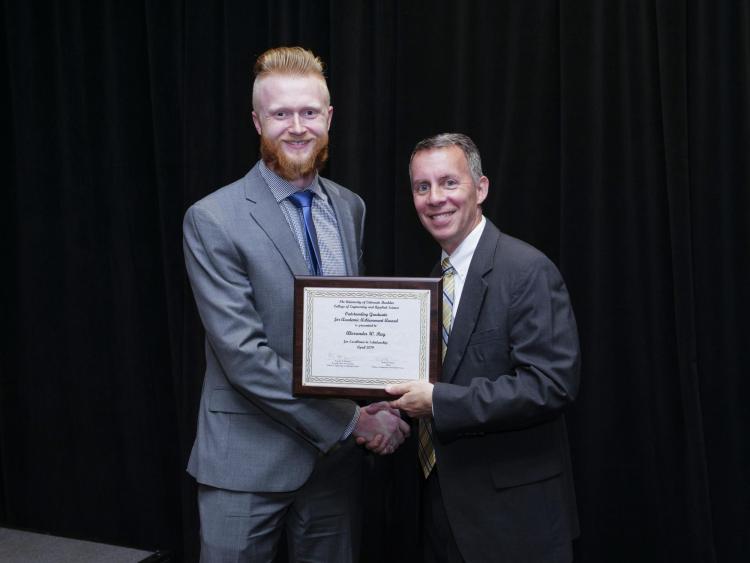 An internship at Amazon after his junior year paid off for Ray, who will start at the company full-time after graduation. Ray was also active in undergraduate research during his career at CU Boulder.

What made you decide to pursue your major?

I naturally fell into computer science because parents were both pretty tech-y people that definitely encouraged playing around with computers. When my sister and I were pretty young, we had a neat gig where we got to test software from a small startup on different virtual machines. I didn’t care about the money so much as I cared about typing stuff into the “cool black box thing” (terminal) like I’d seen my parents doing for so many years. After that, I spent a few years toying around with different tools and languages, just seeing what small things I could get working. By the time I was midway through high school, it was pretty clear that computer science was the only real option for me moving forward. It turns out I don’t like puzzles very much, unless they’re somewhere in a program.

Tell us about your academic experience at CU Boulder. Is there a class or instructor that especially influenced you?

Aaron Clauset has been a huge positive influence on me over the past few years. His algorithms course in my sophomore year was, in some ways, a seminal time for me in school. It demonstrated the value of getting a deep understanding of difficult material, developed some really important computational skills, and introduced me to concepts and ideas that I’m excited about to this day (not to mention the problem sets accidentally gave me some of my best friends). In the couple of years since class, Aaron has also been a great advisor and mentor through a number of projects, including my senior thesis. Beyond his significant role in my academic and professional growth, he’s positively influenced the way I approach new opportunities and, most importantly, how I think about the question “what do you want to be when you grow up?”

What are your plans after graduation?

I’m going to work as a software developer at Amazon.

What are your career goals when you finish your education?

I hope I don’t ever finish my education! I think my number one career goal is to be able to keep learning and developing—that, along with the people, have been my favorite parts of my time at CU.