Lindsey, who graduated from CU Boulder with his PhD in computer science in 2014, explained that radiologists read hundreds of X-rays, CT scans and MRIs a day and are expected to make accurate diagnoses on all of them.

“But in reality, medical image interpretation is a very difficult task, and it’s impossible for an unassisted human to do it with perfect accuracy, especially on so many studies,” he said. “I’m researching AI techniques intended to serve as what will essentially be a spellcheck for clinicians, providing a corrective signal on top of their existing diagnostic workflow in order to help them become more accurate and deliver better, safer care to their patients.” 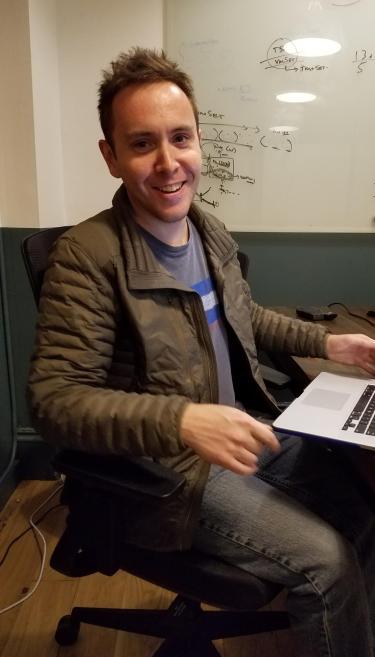 Those artificial intelligence techniques analyze radiologic images, determine what issues are present and where they are, and then convey that information to the clinicians. The Imagen team trains the machine-learning models basically the same way you would train a human – by showing them many medical images and their corresponding correct diagnoses.

Lindsey was inspired to co-found Imagen after being introduced to a group of orthopedic surgeons and radiologists at New York’s Hospital for Special Surgery, one of the top-ranked hospitals for orthopedics and one that sees some of the most challenging cases in the world.

“The potential for highly specialized clinicians to be able to deliver their expertise to so many people throughout the world was something that I really wanted to make happen, particularly in developing nations where there aren’t enough trained doctors,” he said.

Some of those surgeons and radiologists are now part of Imagen’s clinical team. The company kicked off their work with fracture detection because they wanted to do something that would have a big clinical impact. Misdiagnosed fractures in X-rays – such as missing a break or incorrectly identifying another issue as a fracture – can account for 80 percent of diagnostic errors in a hospital’s emergency room, Lindsey explained.

Along with his PhD advisor, Professor Mike Mozer, and several Imagen colleagues, Lindsey published a paper in November in the Proceedings of the National Academy of Sciences that showed their trained AI model significantly improved the ability of emergency medicine clinicians to diagnose broken bones.

Imagen also received marketing clearance from the U.S. Food and Drug Administration this year for a computer-aided detection and diagnostic software that uses an AI algorithm to analyze X-rays for signs of a common type of wrist fracture.

“I’m excited about it because it’s a big first step for my startup to transition deep learning research into real-world medical devices that can be legally used within the U.S.,” Lindsey said. “No other company has done this yet in musculoskeletal radiology.”

Now that they’ve trained their model to detect fractures, Lindsey expects the next problem Imagen tackles to be easier and faster to solve.

He said that exponentially increasing rate of progress is what makes AI for medical imaging so exciting.

“That potential is what I believe makes it possible for my startup to someday achieve its goal, which would have a huge positive impact on the world and would save many millions of lives a year,” Lindsey said.