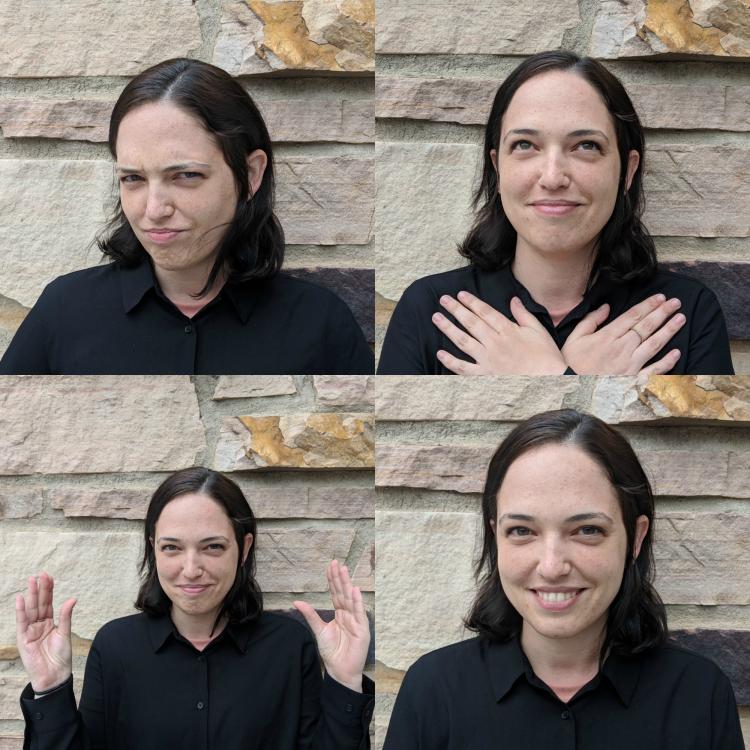 Orit Peleg joined  the Computer Science department and BioFrontiers in January and has since lit up the Engineering Center with her insightful research, humble demeanor, and kind enthusiasm. Her research lies in the intersections of biology, mathematics, computer science, physics, and engineering, through which she has gained an appreciation for bees and fireflies. Want to get to know her? Check out how to break the ice and start a friendship.

Orit grew up in Israel and didn’t enjoy Computer Science until she joined the army in the air force computing unit. It was after this first spark of interest that she went on to college to study Computer Science and Physics, and then earn her MS in Physics. She moved to Switzerland to get her PhD in Materials Science at ETH Zurich, and then to Boston to do her postdoc at Harvard in first Chemistry and then Applied Mathematics. With her immensely diverse and interdisciplinary background, Orit has developed an impressive toolset with which to tackle groundbreaking research.

How would you explain your research to a ten-year-old?

Orit tries to understand how animals behave. “To do that I nudge them and poke their environment in a way that makes them behave differently.” Based on how the animals respond, she can deduce what made them behave that way. If she had to explain her research to a five-year-old? “I shake them [insects, honeybees] to see how they respond.”

What are four improbable facts about you?

Orit served for two years in the Israeli Air Force. She also used to be a very serious metalhead (she still listens, although she’s ditched the attire) and can play a Theremin (which, upon clarifying, is a geeky music instrument often used in science fiction films). “Is a salad made from tomatoes still a salad?” Orit often ponders this philosophical argument, saying that she could live on tomatoes and that she eats them like an apple.

What would you tell 15 year old you?

When people found out Orit was studying Physics, they’d reply, ``Wow, you must be really smart,” to which now she says, “NO! It’s something I was passionate about! I didn’t know I would like it at first but I was determined and excited.” Orit would tell her young-self to value this importance of grit and determination in success, that people who cultivate grit can be even better than people who have a natural aptitude towards something, because you learn the value of hard work.

Orit loves the surprise aspect of a good brainstorming session—she loves being surprised by an idea or by the observed behavior of an organism that they had no idea about previously.  Who is someone instrumental in where you are today? Orit responded with no hesitation that her postdoc advisor, L. Mahadevan at Harvard, has immensely impacted her life. He taught her that it’s okay to be passionate about many different problems, and how to follow these seemingly disparate interests and create research problems from their intersections. In her day-to-day life she also often thinks of her PhD advisor who taught her to talk out her code debugging process out loud. “Whenever I have a bug in my code I imagine talking to him about it, and ask, what would Martin say?”

Orit loves bees, and a bee-designed apparel and trinkets are a common gift for her. Of her favorite animal she says, “There is something nice and meditative about having a very fixed routine in life. This is something bees have and I can't seem to organize my time this way. I fit things in where I can but bees are rigorous—it must be nice.”

Show Orit a picture of your dog! Don’t have one? She also loves talking about the recent winners of the Ig Nobel Prize.