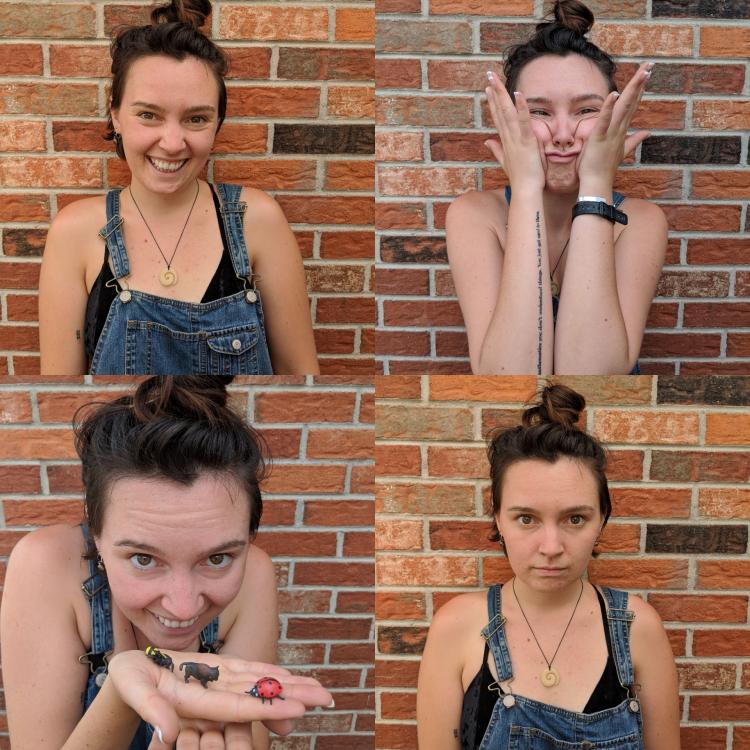 Izzy Aguiar started publishing The Neural Network when she arrived at CU Boulder from Colorado School of Mines last fall. She just graduated from the CS department with an MS and is now a Knight-Hennessy Scholar pursuing a PhD in computational and mathematical engineering at Stanford. Izzy is a shining light of a human being because she chooses to focus on awe and gratitude every day. We have been left The Neural Network to continue. This year, we will be including some interviews with members of the Mathematics departments on campus along with profiles from the Computer Science department because there are so many edges between all of our nodes, and we love math. Interview suggestions are welcomed. Stay tuned for more weekly interviews this year!

Izzy grew up in Wheatridge, Colorado, and her Mum started working in the admissions department at Colorado School of Mines when she was in middle school. Casually but consistently, her mother would answer a question Izzy might ask like “who times the traffic lights?” by saying “I bet an engineer did that.” These hints, after initially annoying teenage Izzy, were combined with encouragement and inspiration from great math teachers along the way and eventually led Izzy to study civil engineering at Mines. One day in a math class a professor mentioned something about number theory and Izzy thought ‘I cannot live the rest of my life without knowing more math,’ and switched her major to math. She also started doing mathematical research  with Dr. Paul Constantine and came here to CU Boulder with him last fall to continue that research in the CS Master’s program.

(1) Izzy is a Maori princess. Her grandfather would have been the chief of the Ngati Porou Tribe, but his tribe was made to go to school by the white people. (2) Izzy once swam from Alcatraz Island to the San Francisco Bay, and (3) she smuggled a tea set under her gown at her undergraduate graduation from Mines to have a tea party during the ceremony.

What would you say to someone doubting their pursuit of a career in STEM?

“In mathematics, you don’t understand things, you just get used to them.” - John von Neumann. Izzy got this quote (relayed to her by her advisor Paul) tattooed on her forearm recently. It reminds her that nobody knows as much as we might think they know, looking in from the outside. She says, “I think it’s really intimidating to see someone and think they know everything, but really it’s just being immersed in something that makes someone know something that well. And they are still learning in that immersion.” She also recommends finding a group of friends of supportive friends.

Can you pinpoint a moment or person that has been instrumental in your academic or personal decisions?

In 5th grade, Izzy’s teacher Mr. Raizman told the class, “if you don't want to do this math, we can go out in the hall and I can teach you algebra” and Izzy went out into the hall to learn algebra. Mr. Raisman told the students they were learning high school math, which really boosted Izzy’s confidence.

Everybody is suffering in their own way so have compassion... maintain the perspective to no think of yourself as the only person in the world.

What is one piece of advice you can give us?

One of the most scary and difficult, but also one of the 100% most worthwhile things in the world, is to be vulnerable, and to live with love through that vulnerability… but it’s [terribly] hard.

Pick a stranger and make up a creative story about their life beyond what you can see and smile at that person.