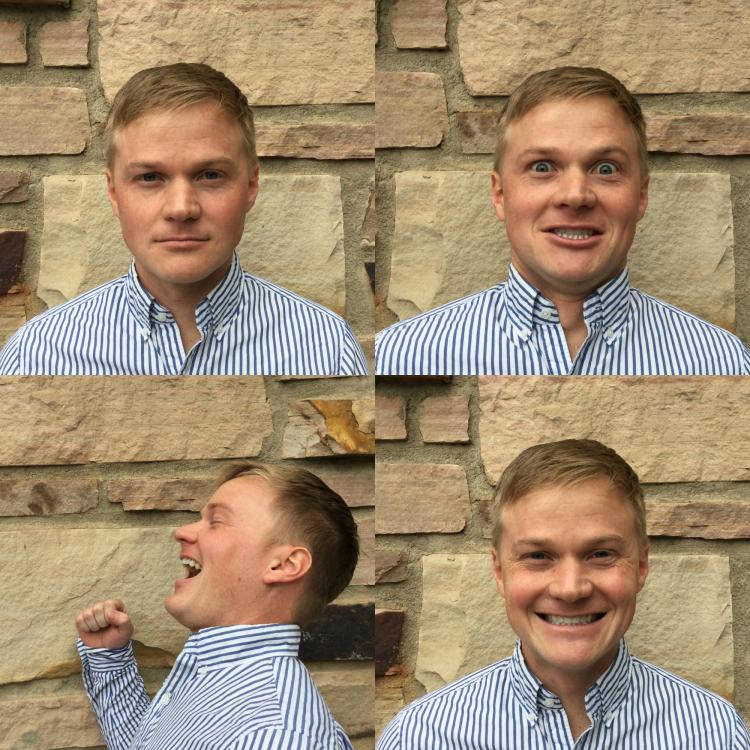 Chris Heckman is an assistant professor in the Department of Computer Science at CU Boulder who does research on robotic perception, autonomous vehicles, and machine learning. The first time I got to meet Chris was when he and his wife opened up their home to host the graduate student “friendsgiving” celebration last semester. As it turns out, this opportunity was the perfect exhibition of what Chris values and how he shares these values with the department. He is a joy to be around, and his outlook of realistic optimism about the world is energizing. Strike up a lively conversation with Chris by asking him about his radical transition between growing up in Orange County and going to school at Berkeley.

“I work on building robots that can understand their world better and react to things going on around it.” More specifically, Chris is also interested in making these robots “do cool things,” and he lights up as he describes possible experiments to test what they might be capable of.

Who is one person who has helped you in some way? How?

Although Chris and his twin brother are really close now, they were very competitive with each other when they were young. Chris attributes this relationship to his competitive and playful nature, to his love of working outdoors and trying new subjects, and to his mentality to keep pushing and never stop learning. His brother has been willing to listen, encouraging of his pursuits, and provided great emotional support.

If you had an alternative career, what would it be?

Chris has always been fascinated by and interested in the ways that government organization solve problems like public transportation and policy issues. He loves that there is a familiar aspect of problem solving in approaching the question “how should we redirect this bike lane?” critically analyzing past approaches, generating new ideas, and quickly experimenting new ideas. This experimental approach to policy is similar to how Chris’s “political hero” FDR approached politics, and the connection between this philosophy and robotic experimentation is evident.

Chris grew up in Orange County, CA before moving to Berkeley for his BS in Mechanical Engineering. Nobody in his family had a college degree, let alone a PhD, so when people around him talked about research Chris had no idea what they meant. It wasn’t until he worked on a project with his favorite professor that he realized he loved research. The professor suggested that he go on to graduate school. Although Chris wasn’t sure he could do this at the time, he stressed that now he knows anyone can. He continued his studies in the applied mathematics department at Cornell in the theoretical and applied mechanics program. Chris did his postdoc at the Naval Research Laboratory in DC before becoming a research scientist at CU Boulder in the robotic perception group. Early in his job search for tenure-track positions, he received an offer for a position here and accepted. Lucky us!

What part of your work do you wish everyone in the world knew?

“Robots are not taking over the world anytime soon.” Chris is confident that, although things are changing and developing rapidly, this is not going to happen. “When it comes to where we are today, even the best robots can’t open doors.” Still worried? Chris suggests googling “DARPA robot fails” for  heartening evidence.

What about what you do makes you most excited?

Chris loves and appreciates the research interactions he gets to have while talking with students, brainstorming, and thinking of new possibilities, while still being pragmatic about what they can accomplish. “I think it’s so easy in a competitive environment like school to forget that everyone is smart.” Chris points out that the team of people with whom we get to work with in academia is unique in that everyone is equally suited to tackle and solve a problem. “I feel so lucky my group can be filled with brilliant minds that I get to come to work and interact with every day.”

Chris plays the saxophone and he didn’t start programming until college (evidence that you don’t have to start young to succeed). For a period of three months between completing his PhD and beginning his postdoc, Chris worked at J Crew during the Christmas season.