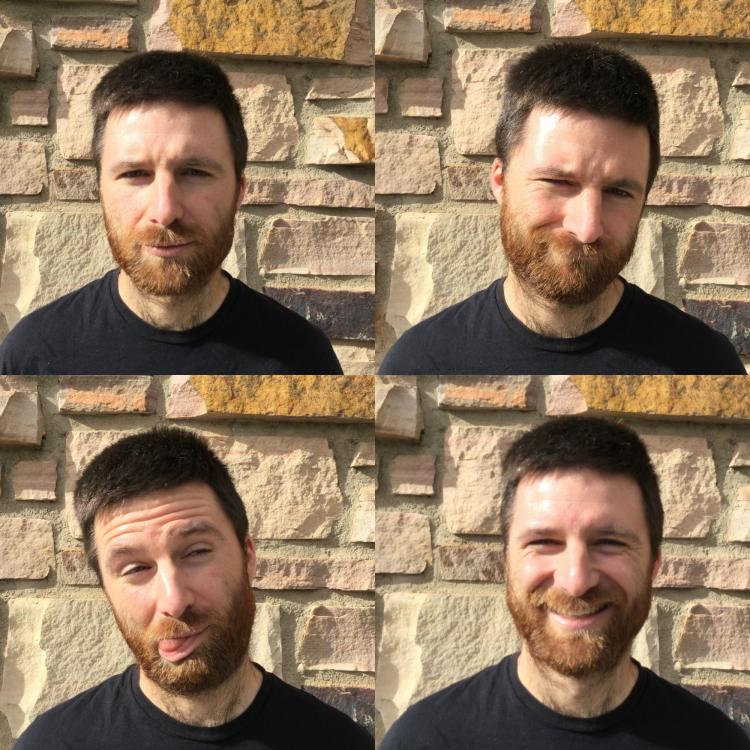 When I asked Jed Brown, an assistant professor in the Department of Computer Science at CU Boulder, how he would introduce himself, he responded by saying that he usually introduces himself by claiming not to be something. Around climbers, he’s not a serious climber; around computer scientists, he’s not a computer scientist. “It’s context dependent… my bio online says I was raised by wolves.” Jed is an extremely magnetic person whose energy and passion for mathematics, science, and life propagates enthusiasm in all those around him. He is kind, generous, and driven to make an impact on how we understand science. His stories are filled with exciting and quirky details, most of which I was unable to capture in this space—I encourage you all to ask him to tell you more! I had such a fun time getting to chat with him and am excited to share a snippet of his personality with you.

Were you really raised by wolves?

Jed grew up in Alaska, 100 miles away from the nearest road. When he moved to Fairbanks at 8 years old, his new friends would joke about the things he didn’t know. They would often say, “It’s like tag, Jed,” a joke that originated when he frequently misunderstood the rules of tag. He would chase the person who was ‘it’. The joke has followed him ever since.

In our careers it’s very difficult to have confidence in the outcomes and effects of our work. Just because you have great preparation doesn’t necessarily mean you will be successful, just as a lack of preparation doesn’t mean you won’t be. There is so much randomness and uncertainty in every process. “Don’t take anything for granted and don’t be demoralized by failure…on some problems you’re going to fail a lot…that is expected and does not reflect who you are or your capability.”

In 2010 Jed was honored with the “Piolet d’Or,” an award he received for the first ascent of the north face of Xuelian Feng peak in China. Jed has also competed in ski races. His 7-month-old daughter, Joule, was indeed named after the unit of energy.

Jed laughed when I asked this question and replied, “fun and circuitous!” Jed spent his last few years of high school taking upper level classes in physics and mathematics at the University of Alaska Fairbanks, and upon graduating continued his undergraduate studies in the same subjects. He raced with the university cross-country ski team and when he got kicked off the team (ask him about it!), started alpine climbing instead. His junior year he spent on a study abroad at the University of Northern British Columbia, where mathematics became his priority. Upon returning to Fairbanks, Jed began working with a professor simulating ice sheets in West Antarctica. He continued this work for his Masters, parallelizing inherited Fortran code and enhancing the underlying physics and thermodynamics. During his last year he began applying to PhD programs when he received an email from a stranger asking, “do you want to go to Antarctica, all expenses paid, to put GPSs on unclimbed summits?” Around the same time, Jed stumbled upon the opportunity to do his PhD in Switzerland (also a great story!), which he did after working and researching in Antarctica and Greenland. While in Switzerland Jed began working as a developer for PETSc and after being funded through a proposal with the DOE, began a postdoc at Argonne National Labs. When he was offered a full-time position with the opportunity to work remotely, Jed moved to Boulder and got an "adjoint" appointment with CU. "Adjoint is like Adjunct, but more sensitive." When tenure-track positions opened up, he applied and officially joined the department three years ago.

“I simulate physical systems and make inferences based on those systems, and we do that fast on parallel computers.”

“What’s bull—?” Meaning, what’s an algorithm, technology, or method that’s widely respected, published, and cited, but shouldn’t be? This icebreaker is sure to start lively conversation.