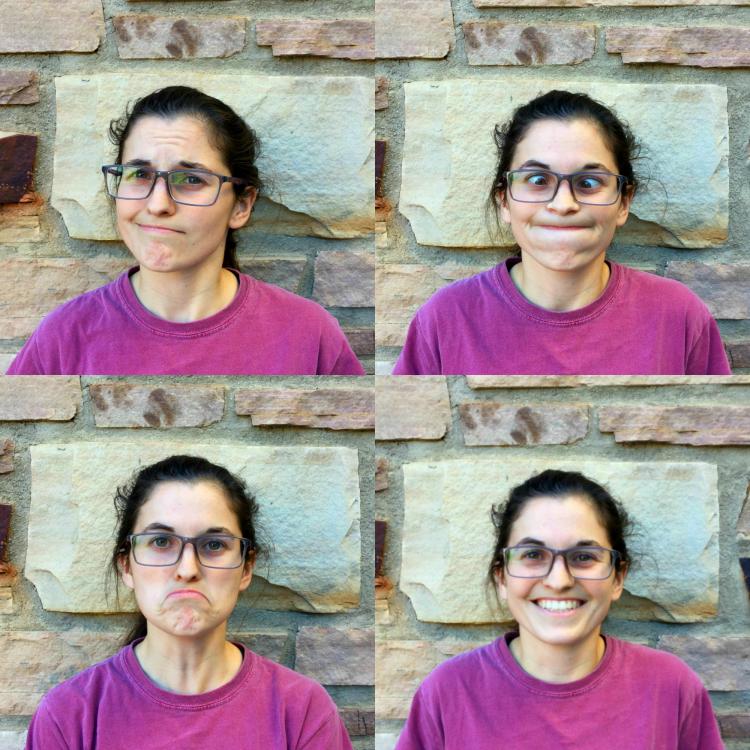 Jessie is a first year PhD student in the “huuuugeee” (said with sarcasm) theory group in the Department of Computer Science at CU Boulder. Jessie is an unbelievably kind and attentive human being who goes out of her way to ask detailed and thoughtful questions of the lives of her peers and professors. Jessie is actively cultivating a community of warmth and acceptance in our department and does so while succeeding in her research and personal life. As is true of all NN issues, this profile doesn’t even begin to capture the amazing person that is Jessie. Get to know her yourself with one of her silly icebreakers!

Jessie started at Florida Southern College as a mathematics major. Halfway through her sophomore year a new CS professor convinced her to join the computer science department and she did, despite adamantly swearing off coding. He talked her into taking an algorithms class and it was in this class that Jessie had her first taste of what research could be. That summer she did an REU in computer vision, where she became increasingly interested in the theory behind machine learning. When the time came for Jessie to tour the CU PhD program, she interviewed with robotics groups who eventually told her, “you sound like a theorist—go talk to Raf.” She graduated with degrees in mathematics and computer science,  and started working on research with Raf this past summer.

How would you explain your research to a ten year old?

“I study different ways of measuring error so that people will tell the truth.” Interested in learning more? Jessie does a great job of explaining what she does and how it can be applied.

When Jessie has two hours to herself and wants to relax, her “go-to” activity is to watch a musical.  Jessie has a cat tombstone on her undergraduate campus with her name on it. The joke comes from a long standing tradition to honor a graduating senior with a small tombstone-like addition to the “Honor Walk.” Jessie’s high school marching band won two national championships (author’s note: probably because of her participation).

“Aside from statistics?” Jessie wishes that everyone in the world knew how much they mean to someone else.

Can you tell us about the tattoo on your arm?

When Jessie was in high school her best friend since childhood moved to California and faced an immense amount of adversity, from depression, to Lyme disease, to finding black mold in her blood. The only thing that kept this friend from suicide was that she wrote “Choose Joy” on her hand every day. Jessie got these same words tattooed on her arm in honor of her friend and as a reminder to choose joy even when times get tough. Teddy Roosevelt once said, “Comparison is the thief of joy.” For Jessie, “to choose joy is to remember to do your best, instead of comparing yourself based on others’ expectations.”

What are your hobbies?

Jessie loves to run—she ran her first half marathon this past October and plans to run a full this summer. She also plays on the CU women’s club soccer team, plays Dungeons and Dragons, and since moving to Boulder has taken up bouldering (how apt!).

Do you have advice for other people in STEM?

Jessie pointed out that, because of the Imposter Syndrome, we often look at those around us and think that they are excelling in their research, that they know more than we do, and that they have everything planned out and accounted for. “Other people probably look at me and think for some reason I have my life together.” We all are struggling and doubting ourselves in different ways; understanding this dimension of empathy will allow us to have confidence in ourselves while supporting those around us.

“What’s your third favorite ___?” Jessie likes that this question forces one to think about their first two favorites first, and why the third favorite doesn’t beat them! As a runner up, “If you had to describe your life as a pair of socks, what would they be?" Jessie’s would be of a hedgehog eating pizza.