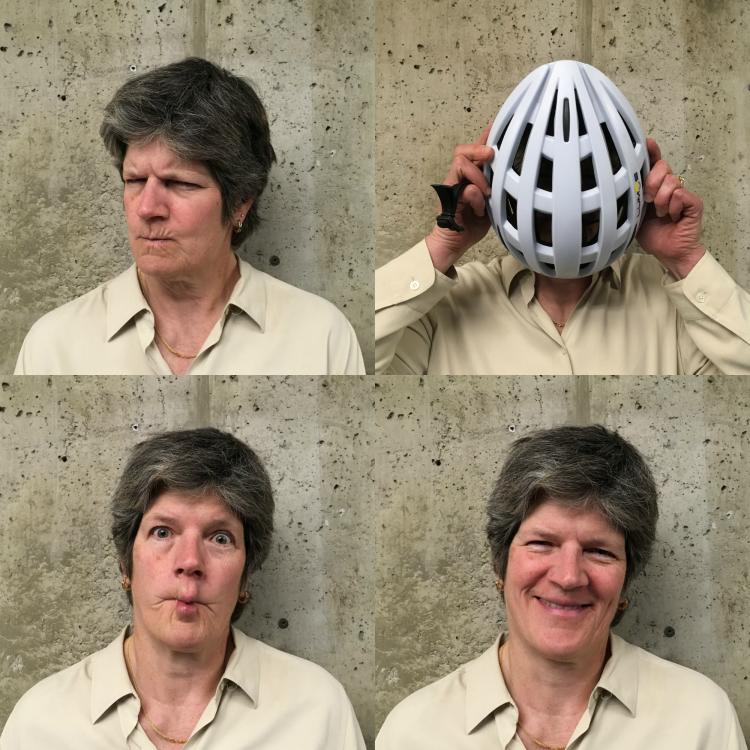 Dr. Liz Bradley is a full professor in the Department of Computer Science, specializing in nonlinear dynamics, machine learning, and control theory. Liz shows her kindness and dedication to our department through her organization of weekly tea for her lab, through her willingness to support her students’ exciting PhD topics, and through her mentorship of a number of assistant professors in the department. Liz has played a significant role in shaping our department, and continues to do so as we grow and develop.  This interview was contributed by Julie Hayes, an incredibly enthusiastic and brilliant undergraduate in our department. Do you want to interview someone in the department? Get in touch with me!

Liz completed her BS, MS, and PhD at the Massachusetts Institute of Technology, only pausing her studies to compete with the US rowing team in the 1988 Olympic Games. Upon graduation Liz was on the job market and was offered a position in the Department of Computer Science. Liz jokes that CU offered the combination of people who were smart, but that you still wanted to spend time with. She noticed that the faculty also had more balance in their lives, something MIT was lacking. Liz has been here ever since, and absolutely loves it.

Liz finds joy and fulfillment in the research projects she works on with her students. She describes herself as someone in the department who is known to work with students who have ideas for projects that nobody else wants to advise. One of the most interesting projects she has advised recently used information theory to analyze ice cores with PhD student Josh Garland.

The golden rule in all three major religions: treat others as you want to be treated.

Can you pinpoint a moment or person that has been instrumental in your academic or personal decisions?

As a teaching assistant at MIT Liz remembers the feeling of seeing a lightbulb go off in a student’s head, and the realization that she could make a significant difference in others’ intellectual path. Liz also explains that her father was a mathematician, one of Richard Courant’s students. Because of this Liz remembers learning and doing a lot of physics and mathematics as a child, “but my father didn’t call it that, he called it fun.” Liz’s “lefty socialist feminist activist” mother shaped who she is and what she loves as well. Her mom inspired and cultivated her passion for social justice, activism, and the need to be active on behalf of the causes about which she cares. “She had me out protesting the Vietnam war before I could even stand up.” Liz enjoys being able to blend her technical expertise with her activism, and some of her recent projects have been able to explore the combination of data science and ethics.

Want to strike up a conversation with Liz? Go talk with her about the question, “If you had an hour to think about something and no distractions, what would you think about?” Liz would think about her ice core work!