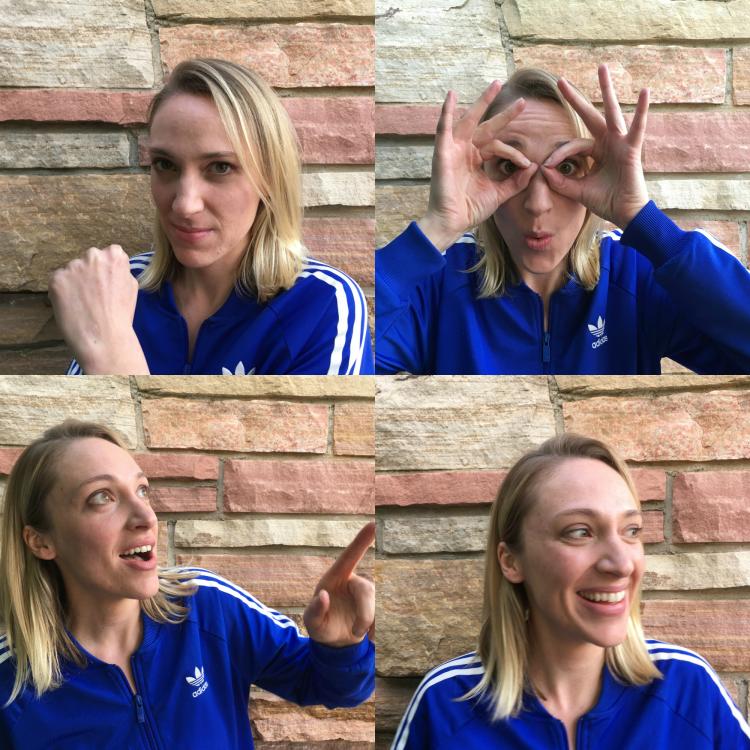 When I interviewed Dr. Lewis last week and asked for a student interview suggestion, he didn’t hesitate at all when he enthusiastically asked, “Has anybody recommended Layne Hubbard yet?” I understood Dr. Lewis’s enthusiasm when I got to sit down with Layne last week. Layne is an influential, kind, motivated, and hardworking student whose passion clearly touches all those with whom she interacts. Layne is a third year PhD student in our department designing human-agent collaboration. Chatting with and learning about Layne was inspiring and motivating. I can’t adequately emphasize that everyone should know her.

Layne taught preschool for four years prior to attending CU and noticed that the children she taught were all going through some form of transition or trauma, whether it be losing family member or learning English. Layne began thinking about ways in which our cultural habits could adopt supportive patterns that would enable children to retain their strength of self through these difficult times, and ensure that their passion and confidence come through on other side. These ideas inspired Layne to attend CU for her undergraduate education where she did research in the neuroscience, cognitive science, and computer science departments creating computational models of the mind. Upon graduation from the computer science department, it was a seamless transition to continue her graduate studies here.

Can you pinpoint one person who has been instrumental in your academic decisions?

As an undergraduate Layne volunteered to help Dr. Lewis develop the BA Thesis program. During their work together Dr. Lewis asked Layne what she was passionate about. Upon hearing her goals he suggested that Layne apply to PhD programs and helped her view graduate study in a different way than she had previously. Earning one’s PhD does not imply the life of the professor—there are many opportunities beyond graduate school. Layne chooses to view her graduate studies as an opportunity to develop and prepare the world for new ideas.

Love is protective and a resilient and transformative force. We have trouble comprehending that kind of power, but should allow ourselves to connect with its depth and complexity.

What are some of your hobbies?

Layne loves to peacefully observe and identify nature, and finds joy in learning how to read clouds, understand animal tracks, and identify trees. Layne commented on the peace and clarity that comes from immersing oneself in nature. She also loves to swim, draw, and spend time connecting with and learning from kids.

What are some improbable facts about you?

Layne switched schools twelve times in Kindergarten through 12th grade. One of the appealing aspects of the time commitment of a PhD is that Layne gets to settle down for a bit, leave the world of sprints and develop long-term thinking skills. Layne has toured US and Canada three times on music tours, two of which playing her own music. Recently she learned that one of her ancestors also toured the US and Mexico playing their original gospel songs.

Layne loves it when she shares her research project with someone and her excitement is reciprocated. Oftentimes people respond with personal anecdotes about how her project could personally impact them. Layne also loves when kids contribute their own imagination and energy to her ideas—it validates and inspires the importance of her work.

Want to talk about a strange dream you had? Layne is keen to hear and chat about it! To learn more about Layne’s research, visit www.mindscribe.org.