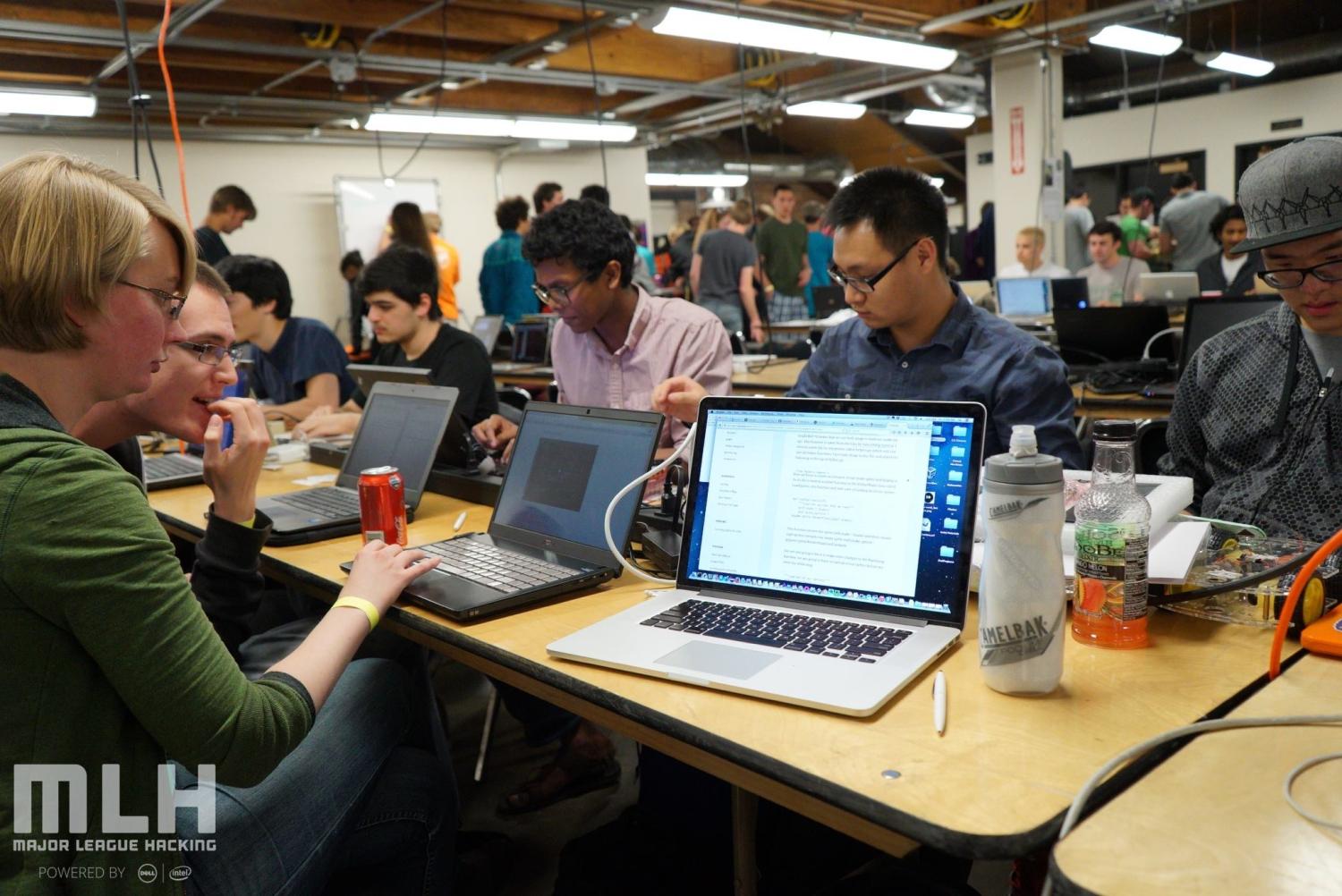 What does it take to build an app or website in 36 hours? Judging by the participants in CU-Boulder’s first national hackathon, a lot of teamwork, creativity and energy drinks.

More than 130 students from universities across the country gathered in the Idea Forge for the inaugural Hack CU event on April 10-12. Between 9:30 p.m. Friday and 9:30 a.m. Sunday, students worked in teams to develop an app, website or game from scratch.

The teams were judged by a group of entrepreneurs, industry representatives and CU-Boulder staff members, including Gabe Johnson of Zotebook; Fletcher Richman of Spark Boulder; Alicia Gibb of Lunchbox Electronics and CU-Boulder’s BTU Lab; Greg Greenstreet of Twitter; Mark Gelband of Corporate Wellness Is; and Aileen Pierce of the ATLAS Institute.

After a science fair-style round of initial judging, five teams were chosen to present their project at the closing ceremonies:

Computer science major Alex Campbell, who founded Hack CU along with fellow students Dawson Botsford and Alex Walling, said the event helped to dispel the myth that computer science is not a creative field.

And the group is looking to keep that creativity going next year, with planning for a second annual event already underway. To keep up on the latest from Hack CU, check out their website or follow them on Facebook and Twitter.