Throughout her career, Laura Mather (AppMath’94, MS CompSci’96, PhD CompSci’98) has focused on making the world a better place. She’s proud that her security startup, Silver Tail, was helping to keep 1.5 billion online accounts safe when she sold it in 2012.

That sale has since allowed her to step back and consider how she wants to have an additional impact in the world. While she’s one of the world’s experts on Internet fraud, she decided to turn her sights to another issue in the technology industry – diversity. Her new project, Unitive, is tackling the issue in a new way: through software. And the timing couldn’t be better, she said. 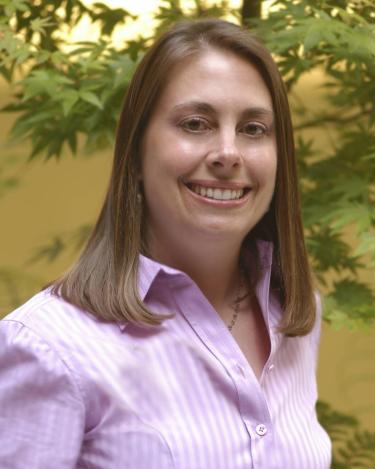 “What we’re finding is that HR departments are realizing that unconscious bias is a real problem, and they need to address it in their hiring and promotion processes,” Mather said. “Our software is doing exactly that, and it has been great to get such an enthusiastic reception to our methodology.”

She explained that training around unconscious bias can be helpful, but hasn’t been shown to actually impact end results in hiring. Instead, Unitive incorporates a body of research on successful ways to eliminate bias, including techniques like making sure job descriptions are gender neutral, doing anonymous resume reviews and making interviewers accountable for their feedback about interviewees.

While there are still a lot of unknowns about the Unitive project, Mather said the success of Silver Tail has given her confidence to keep pushing through.

“Throughout the Silver Tail journey, there were so many times when I felt unsure about what I was doing,” she said. “Having lived through the entire life cycle of Silver Tail and seen it have a positive outcome allows me to see that even though things feel uncertain, they can all work out in the end.”

And Mather still keeps a close eye on the security field and the high-profile headlines about online security breaches. She said while it’s unfortunate that so many companies and consumers have fallen prey to criminals, she’s glad that it’s forcing companies to address security issues.

“The vulnerabilities that are being exploited now have been around for years, but the fact that these incidents are now making the news means that other companies are starting to take security seriously,” she said.

Her professional advice for companies is to train IT staff to watch for anything unexpected or unusual, whether it’s a server having more load than expected or strange errors in firewall monitors.