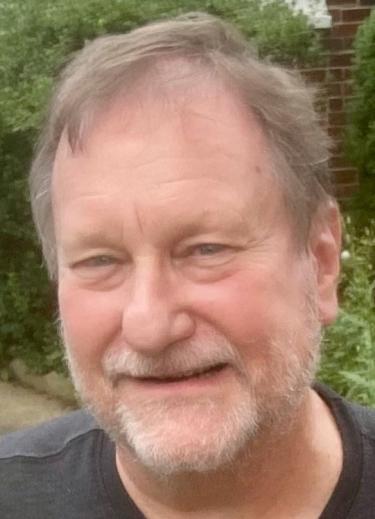 Particle Surface Modification:
There is an interest in functionalizing high surface area fine particles by controlling their surface chemistry while maintaining bulk properties. A powerful method co-invented/developed in the lab is to use atomic layer deposition (ALD) to deposit nearly perfect ultrathin nano-thick films at angstrom level precision onto primary particles, i.e. Particle ALD. A current focus in the lab includes developing a fundamental understanding of the fluidized bed reactor process used to carry out the coating and improving the process as well as expanding the applications. Additional focus is directed towards materials useful for protecting nuclear fission materials and thrust segments for travel to Mars and beyond the solar system.  Investigation also includes improving materials for PEM catalysts and solid oxide fuel cell ionic conductivity.  Applications vary and include catalysis, micro-electronic devices, pigments, sunscreen materials, nuclear materials, separations media, printed inks and the development of porous thin films with angstrom control of pore diameter. Students in the lab have pioneered Particle ALD innovation and have been recognized with cover articles in Nanotechnology, best dissertation awards in the College of Engineering and Applied Science and the Best Ph.D. in Particle Technology Award by the American Institute of Chemical Engineers.

Solar-thermal Processing:
Ultra-high temperatures above 1200oC can be achieved using concentrated sunlight. Such heating can be used to drive thermal dissociation/cracking type chemical reactions where intermediate products are undesirable and where such high temperatures thermodynamically favor the desired reaction products. Two such reactions currently being investigated include the gasification/pyrolysis of biomass and splitting of water, carbon dioxide or mixtures to produce hydrogen or intermediate synthesis gas which can be subsequently reformed to fungible liquid fuels. Current research is focused on improving fundamental understanding of the process and optimal design of solar-thermal chemical reactors/receivers. Projects include CFD modeling of multi-tubular reactor systems, the evaluation of materials suitable for solar-thermal processing and the control of such processes. Solar reactors are designed and built in the lab/shop on skids and then transported to the National Renewable Energy Laboratory (NREL) where experiments are carried out on-sun at the High-flux Solar Furnace. Additional experiments are carried out at CU using electrically heated reactors of using CU’s unique high-flux solar simulator with integrated hybrid solar/electric receiver. Models are being developed to complement the experiments and to develop an understanding of the reaction kinetics and heat transfer in such processes. The design and demonstration of solar-thermal chemical reactors is a key core competency of the lab, which is one of the only such locations for this expertise in the world. 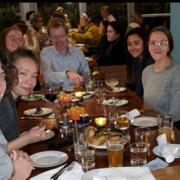 Four researchers from the Weimer Research Group received poster contest awards at the American Institute of Chemical Engineers annual meeting, this year held in Phoenix, Nov. 11-14. Alan Weimer, Melvin E. and Virginia M. Clark professor of chemical and biological engineering, said his students have been presenting papers at the...

END_OF_DOCUMENT_TOKEN_TO_BE_REPLACED 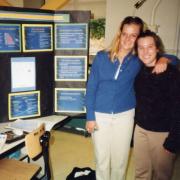 This year marks the 25th anniversary of the revamped and retooled Chemical Engineering Design Project course — a class (re)designed to provide seniors with practical problem-solving experience and foster stronger ties to industry.

END_OF_DOCUMENT_TOKEN_TO_BE_REPLACED 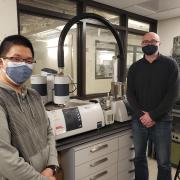 Hydrogen has long been seen as a possible renewable fuel source, held out of reach for full-scale adoption by production costs and inefficiencies. Researchers in the Weimer Group are working to address this by using solar thermal processing to drive high-temperature chemical reactions that produce hydrogen and carbon monoxide, which can be used to synthesize liquid hydrocarbon fuels.