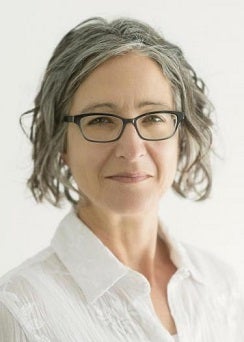 Professor Christine Hrenya is the recipient of the AIChE 2020 Shell Thomas Baron Award in Fluid-Particle Systems, an award that recognizes a researcher who has made a significant impact in the fluid particle systems field or related subjects.

“I am honored and humbled to join the past group of recipients—truly an inspiring group of first-rate researchers,” Hrenya said. “Throughout my career, I have been fortunate to have outstanding group members—a driven, curious, enthusiastic and inspiring group of young scientists that is the lifeblood of our work. I often say that my job boils down to asking good questions, and then the group figures out the answers!”

Hrenya also points to collaborators and peers from different universities, national laboratories and industry as having helped shape her career.

“Although solid scientific contributions are possible from individual efforts, working with experts with complementary skills not only speeds up the rate of research, but more importantly, improves its quality as well,” Hrenya said. “It takes a village.”

Professor Sankaran Sundaresan of Princeton led the nomination effort and gathered letters of support from researchers in industry and academia.

“This remarkable depth and breadth of accomplishments make Christine Hrenya a superb candidate for the Thomas Baron Award,” Sundaresan said in the nomination letter. The others cited her unique contributions to modeling particle flows and technology, as well as her contributions to mentoring and teaching.

The award includes a cash prize and a plaque commemorating the achievement. Hrenya will formally receive the award during the virtual AIChE Annual Meeting in November.