Published: June 30, 2020 • By Jonathan Raab
There are four primary aims established in the grant proposal:

Shirts is the principal investigator on the Focused Technology Research & Development R01 proposal, which established multiple ambitious goals to help build the project’s utility, efficacy and reach in developing new computational models for molecules to push forward the study of biomolecular phenomena.

“If we build this infrastructure, it will make it much easier for other researchers—likely hundreds across the globe—to do accurate calculations for molecular design problems like developing new drugs or engineering polymeric materials for batteries and other energy applications,” Shirts said. 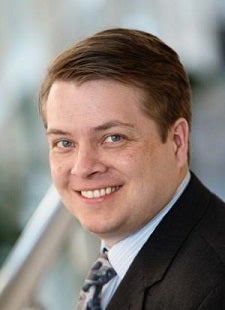 In recent years, researchers have improved software and methods for modeling biophysical problems, specifically for how effectively pharmaceuticals behave. However, improvements in the force fields that operate at the core of these simulations have been slow in coming.

“The big motivation is that the molecular models used for biophysics and drug design didn't seem to be getting much better, and a lot of graduate student hours were chewed up making them,” Shirts said. “A new approach was needed, so four other researchers and I decided to start the effort. The infrastructure that we will develop will save many, many hours for a lot of people and make the process of developing molecular models much more of an engineering process, rather than an art like it typically is now.”

Shirts and his fellow researchers are grateful for the funding and looking forward to expanding the project. “We can now expand the project into co-developing computational models for biological models in combination with prospective drug molecules,” Shirts said. “This allows us to ask some of the longer-term scientific questions about molecular models that industrial funding to The Open Force Field Initiative didn’t really allow.”