Sound and Noise in Asia

The theme will be anchored by the annual CAS Asia Symposium which will explore the sonic sensibilities of modernity in Asia.  Sound is crucial to our processing of the world, and perhaps even more important than vision when it comes to such essential parts of experience as affect, communication, and awareness of a peripheral, surrounding environment. When we consider the sonic sensibility of a listening subject, new hierarchies and ideologies become apparent: what is sound, and what is noise? Which languages are perceived as beautiful? When and why? Which neighborhoods are ruled by infrastructural noise? What does it mean to self-isolate using sound—or to engage in a communal ritual by joining one’s voice to the many?

The Center for Asian Studies has received a grant from U. S. Department of Education's Undergraduate International Studies and Foreign Languages (UISFL) program for AY 20-23. Please check back on this page for further information.

China Made: Asian Infrastructures and the ‘China Model’ of Development

The project, funded by the Henry Luce Foundation, is also meant to shift the academic focus from broader geopolitical and international relations perspectives to a finer grained analysis of the infrastructures themselves and the on-the-ground social and cultural dimensions of their construction.  China Made is a partnership between CAS and the Hong Kong Institute for Humanities and Social Sciences (HKIHSS).

Through the US Department of Education’s Undergraduate International Studies and Foreign Languages (UISFL) grant, the CU Center for Asian Studies is working hard to create new opportunities to learn about Southeast Asia through new courses, languages, and study abroad opportunities. Click here for an article about the grant that appeared in the Arts & Sciences Magazine.

Cultures and Languages Across the Curriculum (CLAC) Pilot Program

The Center for Asian Studies is pleased to announce that beginning in Fall 2017, we began a pilot Cultures and Languages Across the Curriculum (CLAC) program on the CU Boulder campus. CLAC is a program designed to enrich coursework by affording students the opportunity to study texts and materials in languages other than English, which they typically can’t do in standard content courses due to unavoidable limitations in these settings. The program provides students with opportunities to explore their Asian language interests outside of the language classroom and across a wide-ranging curriculum in humanities, social and environmental sciences, or professional fields such as engineering or business. CLAC effectively allows students to integrate their Asian language skills into their content study in their field of interest, allowing them to enrich their studies of both. As defined by the nationwide CLAC Consortium: "CLAC supports translingual and transcultural competence as a reality for all students, not simply for those who major in a foreign language or participate in immersive study abroad programs. CLAC engages languages and intercultural perspectives to achieve a better and more nuanced understanding of content. It focuses less on bringing disciplinary content or culture into the language classroom than on assimilating languages and cultures into instruction and research across a wide range of disciplinary and interdisciplinary contexts.”

The CAS theme for the 2018-19 academic year will be Asian Connectivities.  With the idea of “connectivity” we highlight not simply the fact that a dynamic web of connections exists (and has long existed) across Asia, but that those connections depend upon specific material infrastructures, media networks, institutions, technologies, policies, and translations in order to occur.  Connectivity, then, draws our attention beyond connection as an already-established given, to the ability to connect.  Engseng Ho recently wrote in The Journal of Asian Studies, that the study of Asia can “shed light on the social shape of societies that are mobile, spatially expansive, and interactive with one another.”  Connectivity establishes the basis for such an approach.  With Asian Connectivities we seek to explore the historical, cultural, and social contexts in which connections are made possible.

The 2016-2017 theme was Asian Borderlands. The study of Asia is conventionally framed by regional and nation-state boundaries that profoundly shape, and constrain, the ways people understand this complex and diverse continent.  Asian Borderlands is meant to draw our attention to those borders themselves in the hope of illuminating commonalities and mobilities that transcend boundaries, the often marginalized peoples who inhabit these areas, and the distinct ways of life along the borderlands that are typically missed by area studies scholarship.  In addition, a focus on frontiers and borderlands can bring into sharper focus certain state practices and historical trends that often go unnoticed when we only consider the dominant political and population centers of Asia.  In this sense, borderlands can be spaces where nations narrate their identities with particular clarity.  For this reason, we view Asian borderlands less as marginalized spaces and more as central sites where power, place, and identity intersect and are made visible.

With the 2015-2016 theme of ‘Transcultural Asia’ the Center for Asian Studies sought to promote an interdisciplinary exploration of contemporary and historical transcultural processes in Asia. Transcultural studies proceeds from the premise that culture is not contained within linguistically or ethnically homogenous and territorially bounded spaces, but is rather constituted through the transformations and entanglements that emerge from extended connections and relationships across spaces. While discussions and debates over globalization tend to emphasize the dominance of ‘Western’ culture (for example in the form of entertainment media, material culture, or linguistic hegemony), less often do we focus on other forms of transculturalism beyond ‘the West’. What, then, are the significant forms of transcultural processes within Asia? How have distinctive Asian cultural practices emerged from extended connections across Asian spaces? What have been the dominant processes or forms of transculturalism in Asia historically, and what are they today? Such forms of transculturalism may involve systems of knowledge or religion; visual, media and material cultures; leisure and recreation practices; arts and literary cultures; or even corporate cultures, governance practices, or political philosophies.  Through a year of programming, events, and outreach culminating in our annual Spring Symposium, CAS explored how a focus on Transcultural Asia enriches Asian Studies.

The Center for Asian Studies theme for the 2014-2015 academic year was 'Mediating Asia.' A great deal of our current knowledge about Asia comes to us via traditional media channels (such as print & broadcast journalism, feature films, and documentaries) and, increasingly, via less formal online channels such as blogs and social media networking sites. While Asian scholars based outside of Asia have, for some time, been engaged in critical readings of these ‘mediated’ representations of Asia, the rapid rise of Asian media industries within Asia has resulted in more diffuse representations of Asia than ever before. With ‘Mediating Asia’, the Center for Asian Studies sought to explore the implications of these increasingly diffuse, multi-mediated representations of Asia. We took a broad definition of media to include not only print, broadcast, film, and internet formats, but also arts and literature, insofar as they might also be viewed as representations of Asia. How does Asia represent itself through Asian media?  How is the idea of ‘Asia’ as a coherent identity reimagined and represented through Asian media? What sorts of tensions, dialogues, contradictions, and collaborations exist between Asian and non-Asian media? In what ways do Asian media ‘respond’ to non-Asian representations of Asia?  How are different Asian peoples, places, or histories imagined, marketed, consumed through new Asian media channels?  ‘Mediating Asia’ explored questions like these, and many others, in a year of programming, events, and outreach, culminating in our annual Spring Symposium. 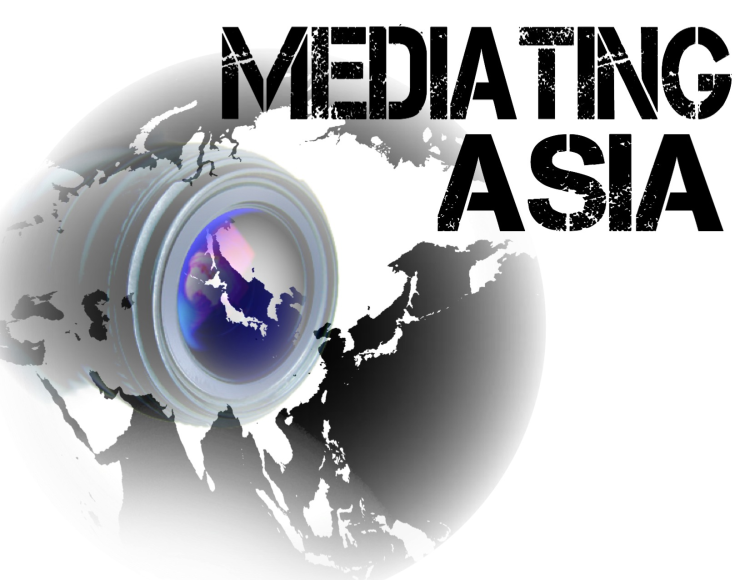 The Center for Asian Studies theme for the 2013-2014 academic year was ‘Catastrophic Asia.’ Throughout the academic year, the Center hosted a series of events and activities, culminating in the Spring 2014 symposium. The theme sought to explore Asian vulnerability to, experiences with, and recovery from natural and/or human-induced environmental disasters such as seismic events, extreme climate events, pollution events, and the broader environmental and social challenges presented by a warming planet, including economic, demographic, epidemiological, and political threats.

The Center for Asian Studies theme for the 2012-2013 academic year was 'Listening to Asia.' In this theme, we explored the idea of Asia as a place of sounds place of sounds and on how we can better understand Asia by actually listening to it. In this series, we featured live performances, film showings, a three-day "Muslim Voices in the Heartland," series, a talk on Iranian women writers, a conference on medieval Chinese poetry, and an analysis of environmental law. This series culminated in our annual interdisciplinary CAS Symposium on March 1, in which we explored the sounds of love and war, the voices of the subaltern and the middle classes, and music and dance from throughout the region. This conference offered lectures and performances from across Asia that drew together and connected what could otherwise seem to be disparate topics and regions into a larger understanding of the idea of Asia as a place to which we should listen.

Muslims in the Mountain West

This project chronicles the experiences of Muslims as they live and imagine their own Americanness. Here you will find primary research sources on the history of Islam in the six Rocky Mountain states with interviews, podcasts, photos and videos. This website is an online space for Muslim-Americans to speak loudly about their presence and culture in America’s heartland. Begun by a joint CAS-School of Journalism grant, Muslims in the Mountain West seeks to showcase the cultural diversity of Muslim communities in this region by featuring a wide array of identity expressions: men and women, practicing and non-practicing, young and old, converts, artists, and activists.

Academic studies and data surveys in the United States have often focused primarily on Muslims on the East or West coasts or in big metropolitan areas like Chicago or Detroit. This kind of oversight, largely due to the smaller size of the Muslim community in the Rocky Mountains has made Muslims in this area the ultimate invisible minority. This project is the first attempt to trace the presence of Muslims in the American heartland and debunk the exclusionary focus on the East/West model. By profiling a selection of people and places, it will also be a unique opportunity to document the cultural history of Islam in small-town America, an initiative urgently needed at a time when opinion surveys continue to show that in a post 9/11 world most Americans know very little about Islam and that they’ve grown more suspicious of Muslims around them.

Regardless of the size of the Muslim population in this region, we believe the story of Islam in the Mountain West still awaits recounting. Since 9/11, Muslims have been closely scrutinized by government officials, journalists, and scholars, but that scrutiny has systematically ignored Muslims in certain areas. We hope to document the historical evolution of Muslims in the region and illustrate how Muslim identities are complex and not as homogenous as stereotypically portrayed in public discourse. By focusing on a wider selection of Muslims in the region, we hope to showcase how being a Muslim is not strictly a religious category. Muslims speak from a variety of secular and religious vantage points, but it is predominantly their religious behavior and practices that get them the most attention. This narrow approach in dealing with Muslims risks amplifying their differences with the larger society which ultimately sees Muslims exclusively as a distinct religious group and at times as a racial minority as well. The danger in racializing a group like Muslims lies in inflamed assertions of cultural difference, which then triggers a set of stereotypical associations linking Muslims exclusively to ‘crisis’ topics like the veil, arranged marriages, and terrorism. In this sense, our goal is to catalogue the diversity of Muslims in the Mountain West and reveal their struggles and accomplishments as they attempt to carve out a place for themselves within their larger communities.