Home Research & Academics CAS Initiatives A Tale of Two Asias: Living In and Beyond the Nuclear Age

A Tale of Two Asias: Living In and Beyond the Nuclear Age 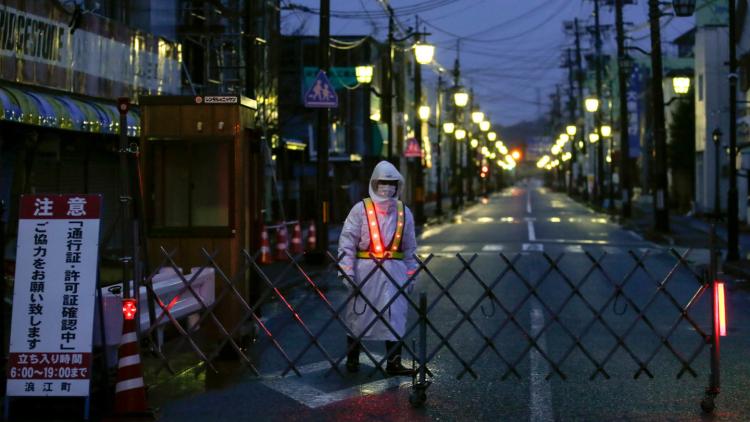 March 2021 marks ten years since the Fukushima nuclear disaster. Not only did the triple reactor-core meltdown at the Fukushima Daiichi power plant create an unprecedented public health and economic challenge for all of Japan, but it also marked a shift in the trajectory of Japan’s nuclear industry. Whereas before the Fukushima disaster, Japan was expected to produce up to 50% of its electricity needs from nuclear energy by 2020, that number currently stands at 20%, roughly 2/3 of what it was a decade ago. While the future remains uncertain, Japan’s reliance on nuclear power to meet the majority of its energy needs is no longer guaranteed. Japan, of course, remains the only country in the world to have experienced wartime nuclear bombing. Long an ambassador for nuclear disarmament, Japan now sees itself questioning the peacetime production of nuclear energy as well.

Three years after the Fukushima disaster, China’s President Xi Jinping announced his signature foreign policy initiative: the ‘Belt & Road’. Designed in large part to address China’s oversupply of domestic infrastructural construction capacity, much of the BRI focuses on developing energy infrastructure connectivities across Asia and beyond, with nuclear power being a significant part of this infrastructure development. With 47 existing reactors which already account for 1/5 of global nuclear power generating capacity, China proposes to build at least 30 new reactors across Asia, as part of the BRI, by 2030. This is in addition to the 43 new reactors already planned for construction within China. In contrast to Japan, then, China’s future reliance on nuclear power is guaranteed. Indeed, China increasingly presents itself as a model of how to live in the nuclear age, while in Japan there has been much greater emphasis on living beyond the nuclear age.

Supported with a grant from the Albert Smith Nuclear Age Fund, the Center for Asian Studies will host a series of three focused workshops exploring this “tale of two Asias.” Already engaged in a broader examination of Asian infrastructure development through the China Made project (see https://chinamadeproject.net/), we will explore Japanese and Chinese modes of living in the nuclear age through a technopolitical lens, including considerations of the impacts of energy infrastructures on everyday life, social movements and cultural engagements with nuclear energy development, and the political implications of infrastructural risk and vulnerability. Collectively, these workshops will ask: What are the technopolitical dimensions of efforts to both survive in and move beyond the nuclear age in Asia? What do we learn from paying particular attention to the Japanese and Chinese contexts of these efforts?

A Decade of Fukushima:
Socio-Technical Perspectives on Surviving the Nuclear Age in Japan
March 18 and 19, 2021

“A Decade of Fukushima” will coincide with the 10th year memorial of the March 11, 2011 disaster, and will explore socio-cultural and technopolitical dimensions of Japan’s post-disaster efforts to survive and flourish in the nuclear age. We approach ‘technopolitics’ in a broad and inclusive frame, drawing for instance on work by Hecht (2012a and 2012b) and Mitchell (2002). For Von Schnitzler (2016, 10) technopolitics “refers to the ways in which political actions are embedded within technical forms and, conversely, the ways in which the technical shapes political questions. Thus, techno-politics may denote the ways in which large-scale engineering or infrastructure projects function as vehicles or expressions of larger political goals and forms of power, but it also and more broadly foregrounds the materiality of politics and political expression.” We are particularly interested in bringing this perspective into conversation with social movements and cultural practices in post-Fukushima Japan.

While there has already been a significant amount of scholarship on different social and cultural dimensions of post-disaster Japan, we seek to foreground analyses that interrogate the intersections between cultural practices and technical or scientific processes in Japan’s efforts to address nuclear disaster risks, vulnerabilities and resiliency; energy needs and stability; and ecological security and sustainability. At the same time, a central workshop objective is to provide a set of innovative accounts that help us understand the novel ways that Japanese people live within, seek to survive, and mobilize to move beyond the nuclear age. The workshop aims to provide an audience less familiar with the Japanese experience with a compelling window into the insights that Japan’s engagements with the technopolitics of nuclear energy, and with the risks and vulnerabilities of nuclear disaster in particular, might provide for people living within sociotechnical nuclear regimes in places like the US and Europe. Ultimately, we all live in the nuclear age; we hope the workshop papers will help us envision a path toward greater sociotechnical possibilities in the nuclear age.

All invited participants only (not open to the public)