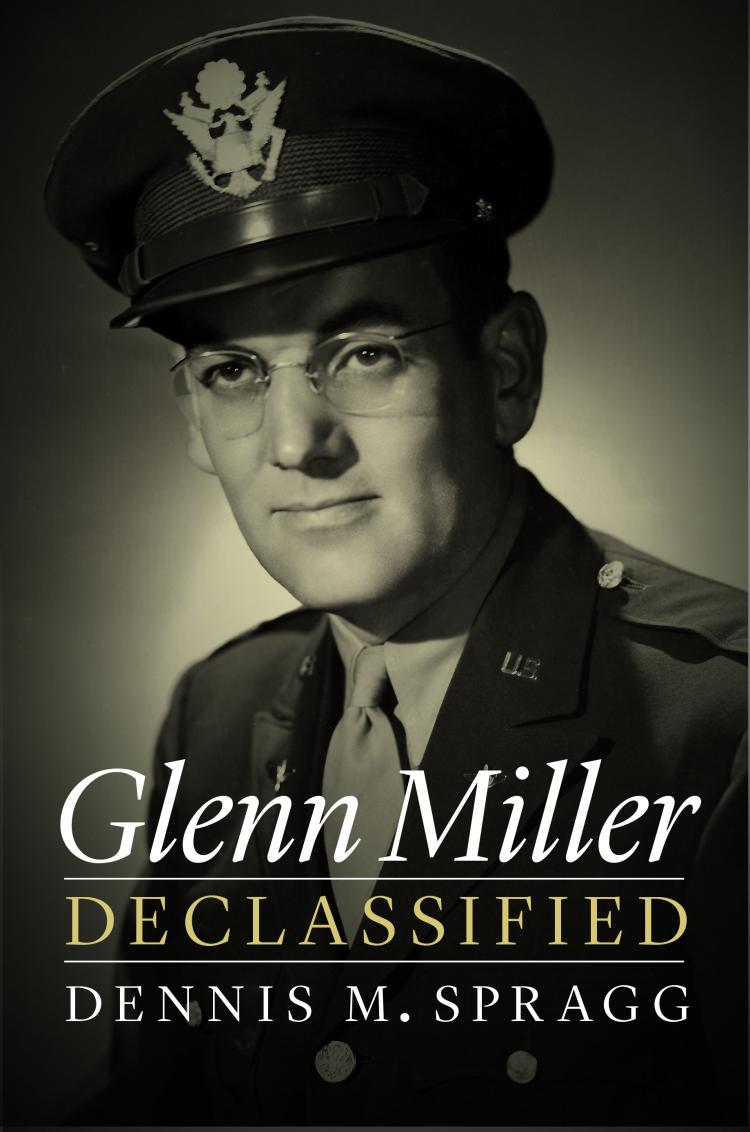 THE DISAPPEARANCE OF GLENN MILLER

Among the most common questions received by the Glenn Miller Archives from historians and the public concern the events of December 15, 1944 and the tragic disappearance of Major Glenn Miller in an apparent aircraft accident over the English Channel.  In the years since Miller’s disappearance, speculation has persisted regarding the exact circumstances and cause.

During comprehensive a six-year investigation, Dennis M. Spragg of the Glenn Miller Archives discovered and assembled detailed evidence with the cooperation of the United States Air Force Historic Research Agency, the National Archives of the United States, the National Archives of Great Britain, the Imperial War Museum, the Royal Air Force and other sources.

The Potomac Books imprint of the University of Nebraska Press published his important and provocative new book, Glenn Miller Declassified. All possibilities including the so-called “bomb jettison theory” are thoroughly examined, as well as the many important events, organizations and personalities surrounding Glenn Miller’s military service, many of which have not been previously known or reported.

The 2014 University of Colorado Boulder announcement about the investigation.

The Disappearance Of Glenn Miller