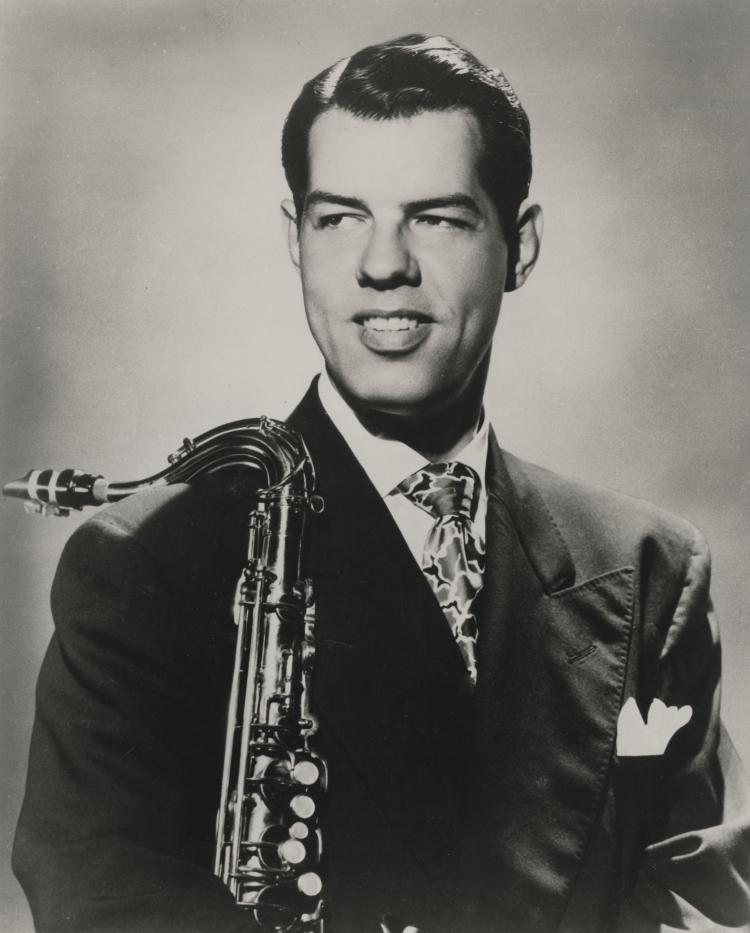 Friday December 15, 1944, America’s most popular and successful bandleader, Major Alton Glenn Miller, disappeared while traveling as a passenger on a military aircraft flying from England to France. The business commitments that he had put in place in anticipation of his return from military service following World War II survived Miller.

Tex Beneke and his Orchestra became arguably the most successful of the postwar big bands during a period where singers and ballads became more popular on records and radio whereas bands and jazz were less economical to organize and operate. At end of 1948 economics required the elimination of the large string section. By 1950 there was a resurgence of bands that imitated the so-called "Glenn Miller clarinet-lead style" of orchestrations that Miller had used circa-1939. This put pressure on the more progressive and creative Beneke to compete. The irony was that Glenn Miller would have continued to evolve and the Beneke band was his legitimate successor. Disagreements between Beneke and Haynes about style and direction led to a breakup and in December 1950, the Miller Estate and Tex Beneke parted ways.

Thank you to Edward Burke, Richard C. March and Garry Stevens (Tex Beneke's lead vocalist) (all deceased) or their Collections preserved by the GMA, and Harry Mackenzie (deceased) for his research.