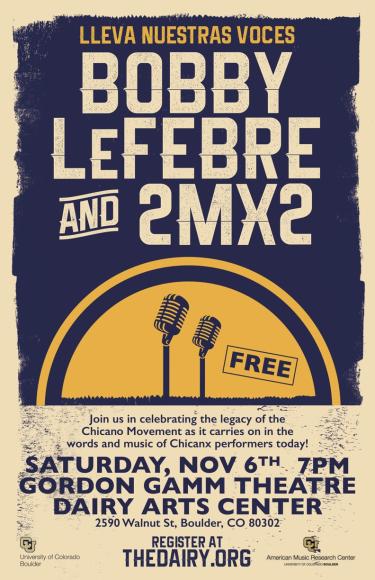 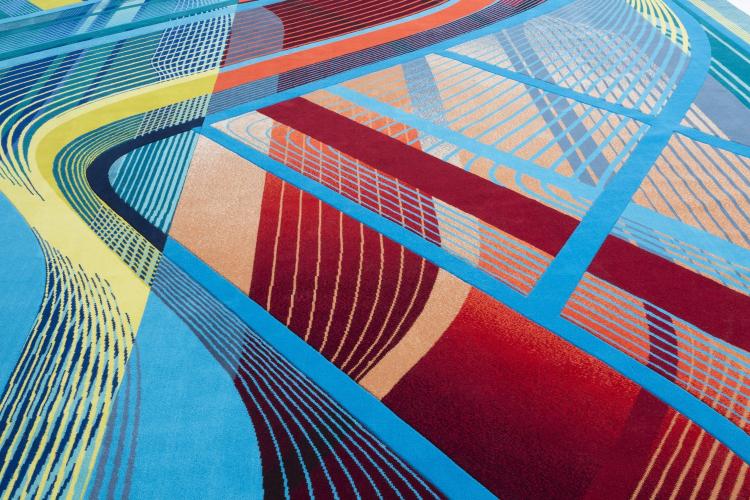 As we enter the third decade of the 21st century, borders loom large, inserting or reinserting themselves in our aesthetic, cultural, and political lives. From the use of walls and fences to define physical and political boundaries; to the music industry’s attempted policing of genre crossers, like Lil Nas X and his 2019 summer mega-hit “Old Town Road;” to the striking blurring of historical boundaries as protestors in Santiago, Chile in 2019 sang Victor Jara’s “El derecho de vivir en paz,” sonically slamming past and present together; borders—far from becoming obsolete—have achieved a new poignancy. Featuring leading scholars of music of the United States, Latin America, and the Caribbean whose work appears in the inaugural issue of the journal, Americas: A Hemispheric Music Journal, this Symposium explores the ways that borders—whether geographic, political, social, sonic, performative, or temporal—impact music, musical making, musical reception, and musical meaning. 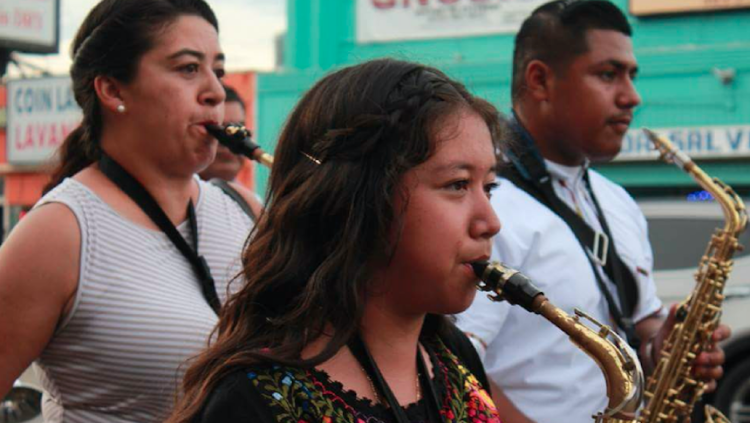 As gentrification in California spreads across many working-class neighborhoods deemed by real estate as “up and coming” areas, this discussion highlights the social and cultural realities of migrant community-based brass bands from Oaxaca, Mexico. The presence of second generation Bandas Oaxaqueñas in Los Angeles, California exemplifies the diversity of Oaxaca’s ethnolinguistic communities and how musicians strive to maintain their ethnic identity and linguistic plurality within a bustling urban space.

This paper draws attention to two intergenerational Sierra Juarez Zapotec philharmonic brass bands, their systems of learning music, strategies for substitutability in a transnational context and adaptability during the COVID-19 pandemic.  In order to avoid unwanted attention and criminalization, forms of vernacular placemaking are vital in establishing safe spaces for mixed legal status musicians, such as privately-owned home garages and rented warehouses. Within these spaces, musicians create translingual forms of pedagogy between Zapotec, Spanish, and English. To maintain cultural flows of musical repertoires – indigenous composers on both sides of the U.S. and Mexico border circulate traditional and contemporary music pieces as a way to articulate their continued existence despite localized and national challenges.

Dr. Xóchitl C. Chávez is the first tenure track Chicanx assistant professor in the Department of Music at the University of California, Riverside. She is a scholar of expressive culture and performance, specializing in Indigenous communities from southern Mexico and transnational migration. Her current work focuses on second-generation Zapotec brass bands in Los Angeles, California, and transborder relationships with their communities of origin in Oaxaca, Mexico. Dr. Chávez's forthcoming book manuscript with Oxford University Press titled The Guelaguetza: Performative Crossroads, Ethnicity, and Greater Oaxaca documents the lived and performative movements of how Oaxacan communities in Los Angeles and Santa Cruz, California reproduce the annual La Guelaguetza festival, one of the most prominant indigenous celebrations of communal dances and musical forms.


Hip-Hop in Times of Pandemic and Protest is a series of four Wednesday evening events in March, 2021 that explore the impacts, challenges, and possibilities of the current moment on Hip-Hop.  Focusing on issues of representation, politics, performance, and pedagogy, these events are a collaboration with Kalonji Nzinga, Director of the Race and Popular Culture Laboratory (RAPLab) and have been funded by the generous support of a Roser Grant and the cooperation of CU Boulder’s Center for Native American and Indigenous Studies (CNAIS) and the Department of Theatre and Dance.  In collaboration with this series, the Latin American Studies Center and the Musicology Graduate Students Association will host a presentation and talkback on Indigenous Hip Hop on Thursday, March 4.

Explore "Hip-Hop in Times of Pandemic and Protest"

Tuesday, March 23 at 7:30 pm (MST)
This event will be available to watch online, presented virtually here.
Free and Open to Everyone 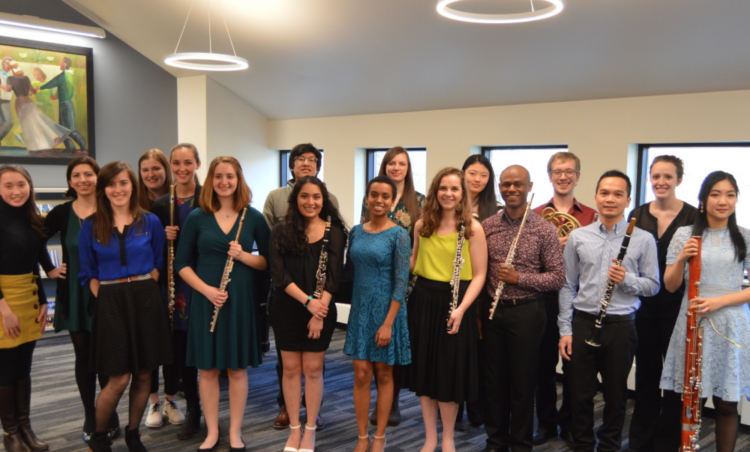 A Virtual Presentation on Zoom with Kristie Soares

Monday, November 2, 5:30 pm on Zoom (MST)
Recording for Kristie Soares Event
Free and Open to Everyone 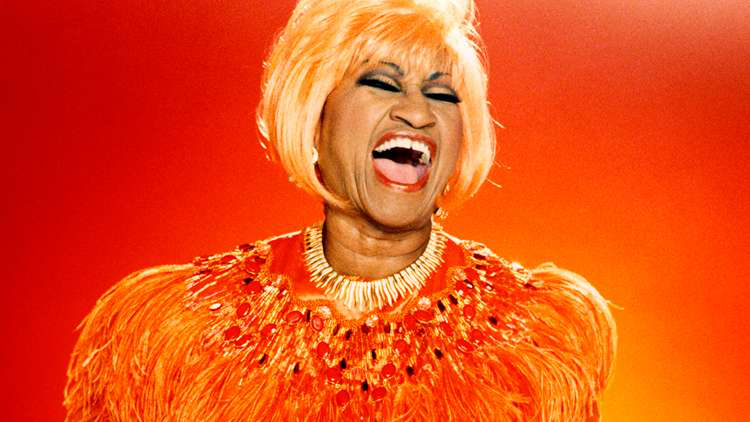 This talk explores the evolution of Celia Cruz’s (picture left) signature catchphrase azúcar [sugar] from her early career with Fania Records, to her later music with Sony Music, and finally to its posthumous adoption by queer fans of color both at her funeral and in the aftermath of the 2016 Pulse Nightclub massacre. In doing so the talk argues that azúcar represented an embodied way to negotiate the patriarchal norms of the artist’s records labels, a mode of pushing back against the aspirational whiteness and heteronormativity of the Cuban community, and a model for queer of color survival in a murderous world.

Kristie Soares is an Assistant Professor of Women & Gender Studies and an active performance artist. Both her performance work and her research explore queerness in Caribbean and Latinx communities.

A Virtual Presentation on Zoom with Eduardo Herrera, Rutgers University

Monday, October 26, 1:00 pm on Zoom (MST)
Recording for Eduardo Herrera Event
Free and Open to Everyone 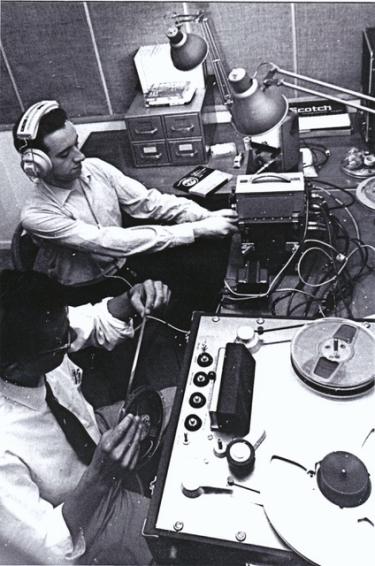 This presentation reveals how graduates of the Centro Latino americano de Altos Estudios Musicales (CLAEM 1962–1971) in Buenos Aires, Argentina, mobilized a shared discourse of Latin Americanism as a professional strategy and as musical style to position themselves within the classical music tradition. The two-year fellowships at CLAEM enabled composers to defy the very coloniality that kept them mostly unaware of the musical scene of one another’s countries, and instead allowed them to imagine a regional community that was of strategic professional use. Composers who met at CLAEM developed an identification as Latin American that was imagined through the sounds of avant-garde music and articulated through personal interactions. The tension between the Latin Americanist character of CLAEM emanating from its very name to the de–Latin Americanizing goal of its avant-garde ethos led to an active attempt to reconfigure what it meant to be a Latin American composer in the Western art music tradition.

Eduardo Herrera (he/him/his) is Associate Professor of Musicology at Rutgers University. His  book, Elite Art Worlds: Philanthropy, Latin Americanism, and Avant-Garde Music (Oxford University Press, 2020) explores the history of the Centro Latinoamericano de Altos Estudios Musicales (1962–1971) as a meeting point for local and transnational philanthropy, the framing of pan-regional discourses of Latin Americanism, and the aesthetics and desires of high modernity. Herrera is currently working in two book projects: Sounding Fandom: Chanting, Masculinity, and Violence in Argentine Soccer Stadiums and the second, Soccer Sounds: Transnational Stories of the Beautiful Game. Both books build upon from sound studies, critical race theory, performative theory of public assemblies, and gender studies to inform analysis of the cases in which sound in soccer has been a central player.

Music and HIV/AIDS – A Look at Then and Now

A Virtual Presentation on Zoom with Matthew J. Jones and John Seesholtz

Monday, October 12, 5:30 pm on Zoom (MST)
Recording for Music and HIVAIDS Event
Free and Open to the Public

5:30  Love Don't Need a Reason: The Life and Music of Michael Callen
A talk by the book's author, Dr. Matthew J. Jones

Michael Callen (1955-1993) is a forgotten hero of the US AIDS activist movement. Singer, songwriter, author, and activist, Callen played a pivotal role in the response to AIDS during the first fifteen years of the epidemic in America. Based on ten years of archival and ethnographic research, my forthcoming book, Love Don’t Need a Reason: The Life and Music of Michael Callen (Punctum Books, 2020) repositions Michael in the broader history of HIV/AIDS. This talk considers songs about AIDS from Callen’s solo records as well as from his time with The Flirtations, a queer a cappellagroup he co-founded in the late 1980s. This talk will introduce Callen, his biography, and his music and position him within the larger AIDS movement in the United States while also reflecting on his music, and music about AIDS more broadly, in light of the current global coronavirus pandemic. I also discuss some of the theoretical questions that arose during the writing of the book, including hybrid methodologies and conducting research as an “independent” scholar.

6:15  The Lost Songs of the AIDS Quilt Songbook
A talk by Dr. John Seesholtz, University of Colorado Boulder

Matthew J. Jones is a Houston-based musicologist and cultural critic. A first-generation college student from rural northern Georgia, he received a doctorate in Critical and Comparative Studies in Music from the University of Virginia in 2014. His work explores the relationships between LGBTQIA+ culture, music, media, and activism. His book, Love Don't Need a Reason: The Life and Music of Michael Callen (Punctum Books) will be published in 2020. His work has also appeared in The Journal of the Society for American Music, The Journal of Popular Music Studies, Women and Music, and the Oxford Handbook of Music and Queerness. In 2017, he won the ASCAP Deems Taylor/ Virgil Thompson prize for concert music criticism for his essay, “Enough of Being Basely Tearful: ‘Glitter and Be Gay’ and the Camp Politics of Queer Resistance.” He is currently at work on a second book, Popular Music-Making During the AIDS Crisis: 1981–1996 (Routledge, forthcoming).

John Seesholtz, dramatic baritone and vocal pedaoguge, is the Director of Vocal Pedagogy at the University of Colorado. His most recent operatic performances include; Madame Butterfly (Sharpless), Florencia en el Amazonas (Alvaro), Verdi’s Otello (Iago), Candide (Pangloss), Silvio (Pagliacci),Verdi's Falstaff (Ford), and Gianni Schicchi (title role). Some of his solo concert performances include Camina Burana, Brahm’s Requiem, Five Mystical Songs, Sea Symphony, and Dona Nobis Pacem by Vaughan Williams. He has multiple articles published with the Journal of Singing and currently holds positions with the National Association of Teachers of Singing, Up North Vocal Institute, La Lirica Musica, CU NOW,  and Art Song Colorado.  His coming publications include, “Hyperadduction: A Pedagogical Approach for the 21st Century Voice Instructor,” and a musical collection entitled, “The Lost Songs of the AIDS Quilt Songbook, Vol 1.”  In September, he released a video/audio project titled, “Marginalized Voices,” with Art Song Colorado.  The project highlights compositions and poetry of Black, Latinx, LGBTQ+, Cis-Female, and Jewish artists.  He holds vocal performance and pedagogy degrees from University of Michigan and University of North Texas.

A month-long series of events in March, 2021 that explored the impacts, challenges, and possibilities of the current moment in Hip-Hop.