(We are recreating many of images from this page; please bear with us!)

Was Dvorak's "New World" visit a dream, which brought enlightenment and freshness to American music, or just another example of confusion, colonizing and exploitation?  How did different types of thinkers with different agendas and perspectives answer this question at the time, and how do they today?  We invite you to join us and explore the answers to these questions with Dr. Beckerman. 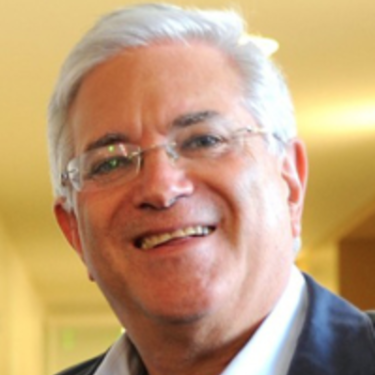 Michael Beckerman is Carroll and Milton Petrie Chair and Collegiate Professor of Music at New York University. He has written articles on such subjects as film scoring, music of the Roma (Gypsies), Mozart, Brahms, exiled composers, and music in the camps, as well as many studies and several books on Czech topics, including Dvořák and His World (Princeton University Press, 1993), Janáček as Theorist (Pendragon Press, 1994), New Worlds of Dvořák (W.W. Norton, 2003), Janáček and His World (Princeton, 2004), and Martinů’s Mysterious Accident (Pendragon, 2007). Dr. Beckerman has been a frequent contributor to The New York Times and was a regular guest on Live From Lincoln Center and other radio and television programs in the United States, Europe, and Japan. Dr. Beckerman lectures nationally and internationally and has organized many concerts and symposia. He was awarded the Janáček Medal by the Czech Ministry of Culture, is a recipient of the Dvořák Medal, and is also a Laureate of the Czech Music Council; he has twice received the Deems Taylor Award. He was chair of the New York University Department of Music (2004–13), served as distinguished professor at Lancaster University (2011–15), and last year received an honorary doctorate from Palacký University in the Czech Republic.

This public talk is in conjunction with Boulder Philharmic Orchestra's "Dream of America" program on Saturday, April 27 at 7:30 pm in Macky Auditorium, which features the New World Symphony and Peter Boyer's Ellis Island.  Dr. Beckerman will give the 6:30 pm pre-concert lecture.  "Dream of America" tickets are sold here.

Beckerman's talk will be in the new CASE Building which sits above the Euclid Parking Garage at 1725 Euclid Avenue, just west of the Imig Music Building. 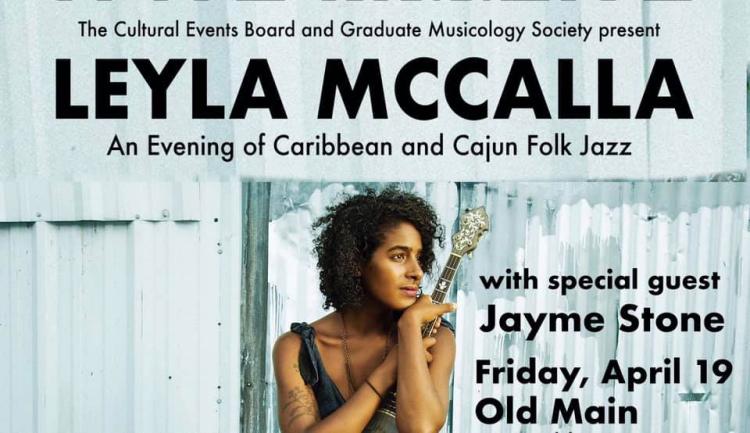 Presented by The Cultural Events Board and Graduate Musicology Society. Reception to follow at 7:15 in Koenig Alumni Center.  For more information contact Zane Cupec at zane.cupec@colorado.edu.

The Daughter of Dawn 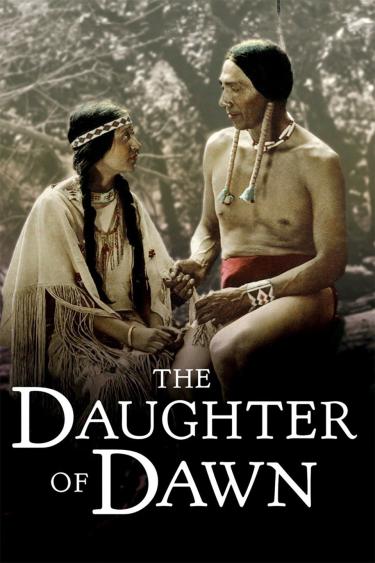 Hosted by the American Music Research Center and the International Film Series.

The Daughter of Dawn told the story of a Comanche chief's daughter torn between two lovers, one wealthy but cowardly, the other poor but honest and loyal. A contest of bravery involving a dangerous jump off of a cliff reveals the true nature of each man. The cowardly lover disgraced by his failing defects to the rival Kiowa tribe and joins in a failed attack on the Comanche village. When the Comanches successfully repel the attack the Chief gladly sends his daughter off with her true love and the young lovers, paddling together in a canoe, sail into the proverbial sunset.

This event is FREE and open to the public!

Phantoms of the Archives: Music for the Early Cinematic Supernatural and Other Tales 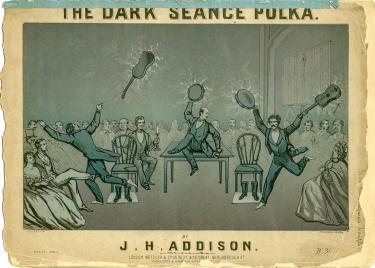 Archives are full of ghosts—the ghosts of music long-forgotten, technologies now superseded, practices that have faded away with time. This talk examines music used to accompany and signify the supernatural the silent film, as well as what can be learned by excavating the ghosts of musicians’ lives and careers now held in archives both at the University of Colorado at Boulder and elsewhere. Learn about the sounds of the séance, how mediums and cinema musicians were uniquely trained and positioned for their jobs, and about the music used in spirit films—the forerunners of movies like Beetlejuice, Ghost, and and other films with friendly phantoms, and about the lives of individual women who helped create the sound of the cinema through their musical educations and personal tastes in music. 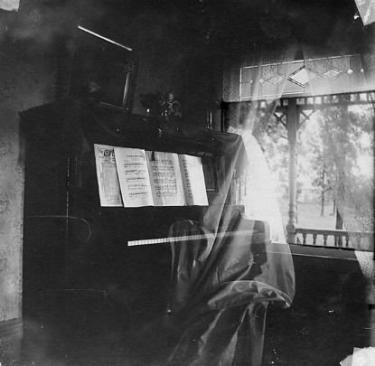 Kendra Preston Leonard is a musicologist and music theorist whose work focuses on music and screen history, particularly music for the silent film, women and early cinema music, and music and adaptations of Shakespeare. She is the author of numerous articles and book chapters on music for film, as well as the book Music for Silent Film: A Guide to North American Resources (2016). She is currently working on a book calledMusic for the Kingdom of Shadows: Cinema Accompaniment in the Age of Spiritualism. 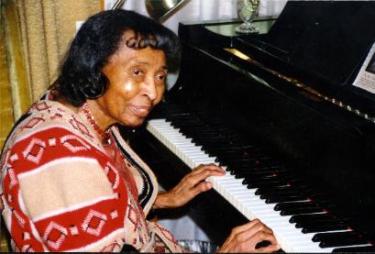 Persevering Legacy champions a unique, catalytic collaboration that will elevate stories of historically marginalized female African American composers to align classical music with social activism. The College of Music will partner with the American Music Research Center (AMRC), the College of Music's Diverse Musicians Alliance, and the Museum of Boulder to pilot a socially-engaged performance and workshop event on Saturday, March 9th, 2019 as part of a broader celebration during Women’s History Month.

The free performance, open to all members of the CU and Boulder communities, will feature College of Music faculty and students performing selections from the AMRC’s Helen Walker-Hill Collection, a unique collection of rare and seldom performed musical compositions by female African American composers. The workshop component, led by members of the Museum of Boulder’s existing Inclusipedia Project, will give volunteers the necessary skills for creating and editing Wikipedia pages to add women and people of color from Boulder’s past and present to the website. 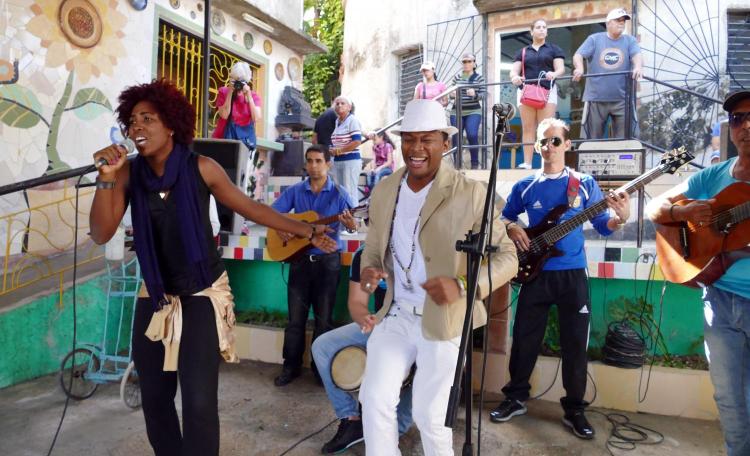 Since the late 1990s, Cuba has undergone a series of transitions that have impacted the nation’s economic, cultural and political identity. These include major changes to the country’s emigration, repatriation and citizenship laws; a loosening of laws governing privately held businesses and telecommunications; and the lessening of tensions between Cuba and the United States that culminated in President Barack Obama’s visit in 2015. As a result, Cubans have had to reimagine themselves, their nation and their relationship to the outside world. These changes have been negotiated at all levels of Cuban culture, including popular music.

In this talk, Thomas will show music videos produced between 2000 and 2017 and explore how different musical artists and video directors have used the genre to explore Cuba’s changing identity. Many of these videos explicitly refer to one another, either via their music, choreography, setting or specific imagery. We’ll explore how these video texts can be viewed as multiple layers of an ongoing discussion about what it means to be a Cuban citizen in the 21st century.

This event is FREE and open to the public! Limited to the first 200 people.

Joseph Conyers presents the College of Music's second annual Distinguished Lectureship in Music, Diversity and Inclusion. Conyers will share insights related to self-discovery, self-empowerment and self-confidence within the realm of music, diversity and inclusion.

Joseph Conyers was appointed assistant principal bassist of The Philadelphia Orchestra in 2010. A recipient of numerous awards and honors, he received The Philadelphia Orchestra's 2018 C. Hartman Kuhn award and was named one of Musical America’s 30 Top Professionals of 2018. In 2019, he was awarded a Medal of Excellence from the Sphinx Organization. A life-long advocate for music education, Conyers is executive director of Project 440, an organization that engages, educates and inspires young musicians, providing them with the career and life skills they need to develop into tomorrow's civic-minded, entrepreneurial leaders.

The American Music Research Center and the Center of the American West are proud to present a public talk with Professor Josh Kun.

He uses the DJ method of crossfading to explore and animate historic sheet music, vinyl LPs, and restaurant menus as tools in addressing contemporary issues of gentrification, urban redevelopment, and racial inequality, among others.

He asks the question, how do artifacts from the California past help us to imagine new California futures?

Please join us for an evening of engaging discussion. This event is FREE and open to the public! 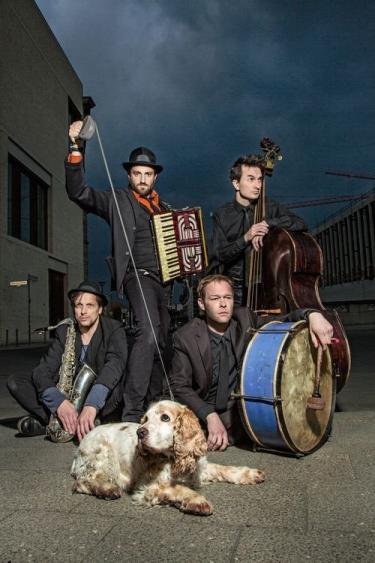 This event is free and open to the public.

Daniel Kahn & the Painted Bird is a German-based klezmer band founded by Kahn in 2005. Described as “an absolute must for lovers of unusual, intelligent, challenging, exciting folk music and a blast at every instant,” the band will perform a free concert featuring songs in Yiddish this November 2018 on the CU Boulder campus, as part of the Program in Jewish Studies Community Talks Series, Yiddishkvell: An Appreciation of All Things Yiddish.

A Detroit area native, Daniel Kahn attended the University of Michigan where he studied acting, directing, playwriting and poetry. After finishing his studies he lived, played music, recorded, acted, directed plays and composed theater music in New Orleans, Detroit, New York and Ann Arbor. He has received awards for his playwriting, poetry, acting, and composing. Learn more on the band's website.

The AMRC is a co-sponsor 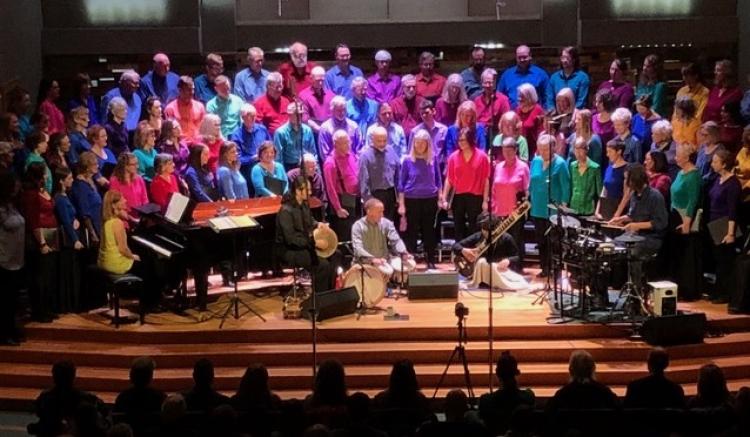 One of the most popular genres of music across the globe, Cuban music is a synthesis of the traditions of the people who settled Cuba from African slaves to European immigrants. The Boulder Chorale will perform with vocalist, Suzanne Morales; pianist, Jeff Jenkins; and a band of Cuban music experts to offer a sample of the different styles developed in Cuba including salsa, mambo, and son. The concert will also feature new arrangements commissioned by the Chorale and an appearance by Bel Canto, the Boulder Children’s Chorale advanced choir.

Please join us 30 minutes prior to the beginning of the performance for a discussion featuring Dr. Susan Thomas, Director of the American Music Research Center.

Faculty Tuesdays: George Rochberg Centennial
George Rochberg, one of the unique American minds of the last century, composed in an astonishing diversity of voices. Always personal, his compositional style was at first firmly rooted in the atonal and serial movement. Eventually, it shifted toward neo-baroque and highly romantic. University of Michigan violinist Andrew Jennings, a leading expert on Rochberg's music, joins a group of CU Boulder faculty and friends for a concert celebrating the Rochberg centennial.

We invite everyone to experience Bernstein at 100, a festival comprising 20 events on the CU Boulder campus over the course of the Fall 2018 semester. Highlights include a Public Talk with special guests Jamie Bernstein, former New York Philharmonic concertmaster Glenn Dicterow, and Bernstein scholar Carol Oja; our own recreation of a Young People’s Concert; and Eklund Opera Program’s production of “West Side Story.”

New AMRC Director, Susan Thomas will be moderating the Public Talk with Carol Oja, Jamie Bernstein and Glenn Dicterow on Monday, September 24 from 4-6 p.m in Grusin Hall. Please join the CU Boulder College of Music and the AMRC as our ensembles, students, faculty, and guests embark on a journey through Bernstein’s lifework throughout the Fall 2018 semester.

Visit the Bernstein at 100 website here for details on all the festival events.