Inside the Glenn Miller Collections 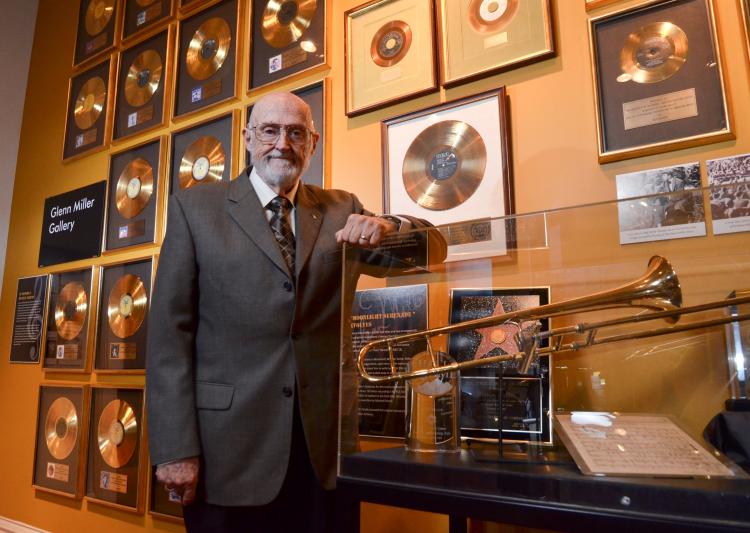 The beloved University of Colorado Boulder legend C. F. "Alan" Cass was the founder and curator of the Glenn Miller Collections, and shared the following introduction in 2015:

"I have vivid memories as a child of time spent with my mother at Christmas.  The two of us sat side by side at the kitchen table, my mother writing notes of endearment to friends and family on Christmas cards and then passing them to me.  Sealing the envelope and licking the stamp was an important job I took very seriously as an eight or nine year old!   Of all the many Christmas cards that passed through my hands, the memory of only one is with me today.  The note on the card began “Dear Helen and Uncle Ed and Aunt Lou”.  It wasn’t until decades later that the significance of this family tie permeated my psyche.

In 1969, as an Assistant Director of the University of Colorado Memorial Center, I took on a project to better define the understanding of an important alumnus for our young students.  The large ballroom in the Memorial Center was named in honor of composer, arranger, musician, bandleader and patriot, Glenn Miller and, to my surprise, some students had no idea who this man was.  This had to change!  I put out a call through the Alumni Association newsletter requesting articles and items suitable for display in the ballroom that pertained to Glenn and his wife, Helen Burger Miller, also an alumna of the University.  Unknown to me at the time, a staff writer for United Press International (UPI) and a fellow alumnus of CU, ran the story worldwide over the UPI wire service.  Within days, my office was flooded with all manner of memorabilia arriving from every corner of the nation and, indeed, the world.  I was humbled as I sorted through the vast amount of material which I soon realized were the treasures and keepsakes of what would later become known as our “Greatest Generation”.  Tattered photographs and scrapbooks containing fan letters, autographs and news clippings lovingly pieced together; long playing records and albums and 78 RPM recordings whose grooves were worn deep by repeated use; posters and playbills; personal notes relating fond memories of a love song or a morale boost as a young soldier went into battle, all reaffirming my belief that our alumnus needed to be remembered and honored for the life he lead and gave to his country.  What was originally expected to be a modest display for the enlightenment of our students has, in the intervening years, grown into the Glenn Miller Collections, a place that preserves the unique American music art form that was the soundtrack for one of the most significant historical periods in our Nation’s history.

Both Helen Burger Miller’s and my family were early pioneers in Boulder and, naturally, marriages took place.   Glenn and Helen’s son, Steven D. Miller, and I are both avid genealogists and were pleased to discover that his “Uncle Ed and Aunt Lou” are my “Uncle Ed and Aunt Lou,” too.  The kinship I share with Glenn and Helen Miller’s children, Steve and sister Jonnie, is but one more pillar that bolsters my desire to honor their iconic father. ... we are working to preserve this important part of our nation’s music heritage for all generations to come, and honored to be the trustees of this national treasure."

For questions or information about the Glenn Miller Collections, please contact the AMRC through the  blue "contact us" tab seen at the bottom of each web page.

FRIENDS OF THE GLENN MILLER COLLECTIONS

The University of Colorado Boulder is steeped in Glenn Miller history, as advanced by the American Music Research Center Glenn Miller Collections, and including these sites:

The famous Glenn Miller Ballroom was dedicated in September 1953. Glenn's mother Mattie Lou Miller and sister Irene Miller Wolfe attended the dedication. A renovation of the ballroom was completed in 2014 with a new look, sound system and other features. The handsome and modernized facility, teh largest of its kind in Boulder, serves many purposes for the CU community, including an attractive wall honoring Glenn Miller, which is worth a visit for anyone interested in Glenn Miller. More about the Glenn Miller Ballroom can be found here 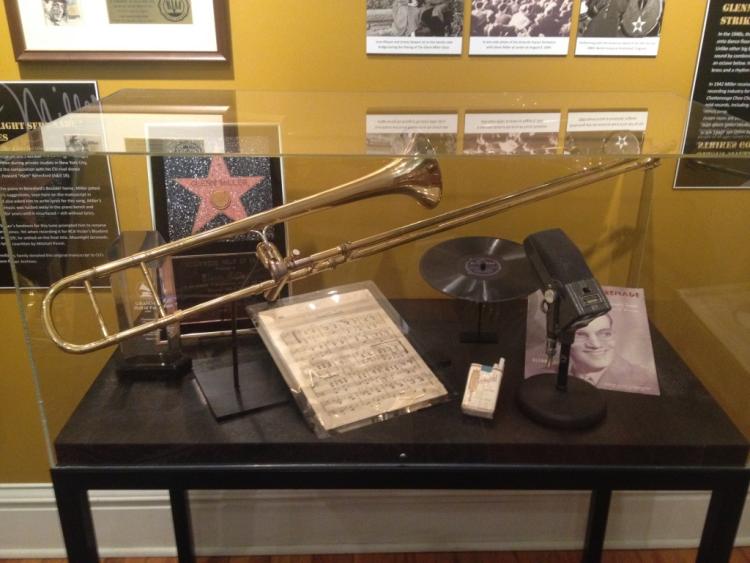