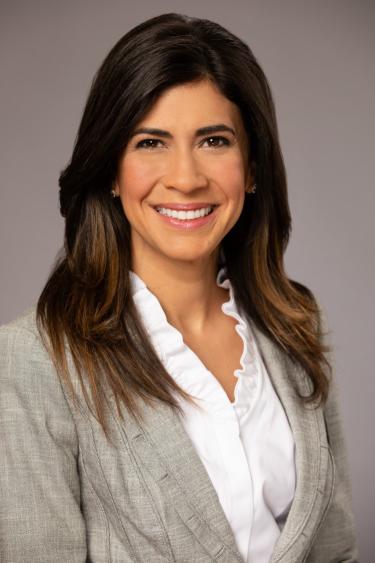 Dr. Vanessa Aponte Williams is the Human Spaceflight Exploration Senior Manager of Advanced Programs, Commercial Civil Space, at Lockheed Martin. She has close to 20 years of experience in the Aerospace Industry, primarily devoted to human spaceflight and systems engineering. Her current role is two-fold: to actively participate in the development of Lockheed Martin’s strategy for deep space exploration as well as invest in the advancement of technologies that support the vision for a thriving lunar and deep space economy.

Prior to Lockheed Martin, Vanessa worked in the areas of Advanced Life Support, as well as Controls, Dynamics and Propulsion at NASA Kennedy, Dryden, and Johnson Space Centers. She joined Lockheed Martin as a Sr. Systems Engineer in 2006; one of her most notable roles held within the Orion Multi-purpose Crew Vehicle program, where she led the Cross-Cutting Integration Team in tackling high-visibility, short-turnaround challenges. After Orion, Vanessa also led the New Technology Insertion Board as well as oversaw the technical and programmatic scrutiny of critical U.S. spaceflight assets as Risk and Opportunity Manager within the Special Programs Line of Business.

Outside her career at Lockheed Martin, Vanessa has had the distinction of being selected as a finalist and undergoing the Astronaut Selection Interview process at NASA Johnson Space Center twice (2009 & 2012).  Throughout her career at Lockheed Martin, Vanessa has been intimately involved with leadership development, STEM and volunteerism. She is also a former member of Rocky Mountain Rescue Group. Vanessa was born and raised in Puerto Rico. She received a B.S. and M.S. in Chemical Engineering from UPR at Mayagüez and a Ph.D. in Aerospace Engineering Sciences from CU Boulder.