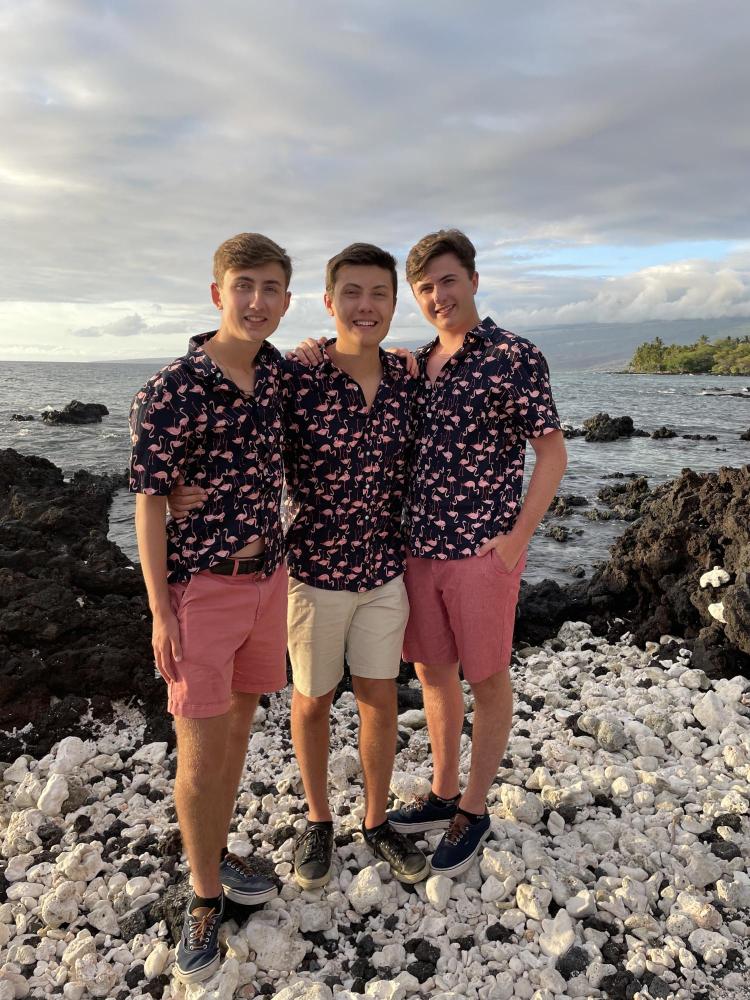 (From left) Dom, Phil, and Alex Miceli on the Pacific Ocean in Hawaii.

Phil, Alex, and Dom Miceli have a lot in common, especially their choice in college education — the three brothers are all aerospace engineering students at the University of Colorado Boulder.

The trio are pursuing a challenging, in-demand career field that also honors the legacy of their father.

“We were all good at math in high school, and it was always going to be some kind of engineering for me, but this especially would make him proud,” Alex said.

Alex, 21, is a rising senior. Phil, 23, is wrapping up his master’s in the aerospace Bachelor’s–Accelerated Master’s program, and Dom, 19, is a rising sophomore.

Their father Sal passed away in 2017. He began his career at Lockheed Martin after earning a degree in aerospace from CU Boulder, where he met their mother Kris, who was also an aerospace student and would go on to work at NASA.

“They met in a summer electronics class,” Phil said. “He went over and asked if she needed help setting up her oscilloscope.”

As the brothers grew up, both of their parents eventually moved out of aerospace. Their father opened a successful financial planning firm and their mother switched to software development, but aerospace always held a special significance in their lives.

“There are so many cool projects that have been going on the last 10 years in aerospace, and I’ve just always been interested,” Dom said.

For Phil, aerospace offers a unique opportunity to bring together an array of disciplines.

“I like computer science, but am pretty good at physics and didn’t want that to go to waste,” Phil said. “I needed to do some sort of engineering too, and aerospace lets you apply physics, science, and math, and it’s cool.”

While some siblings might not enjoy having their brothers pursue the same major at the same university — and at the same time, no less —the Micelis share an earnest camaraderie.

Having a brother a few years ahead of you in the same program does help with studying.

“I was bugging Phil all through sophomore year with questions,” Alex said. “Dom also just finished Calc 3. Phil and I told him it was a tough class. We understand the trials and tribulations of the program.”

It does lead to the occasional double take from classmates and friends, like when Alex invited Dom to join his fraternity. 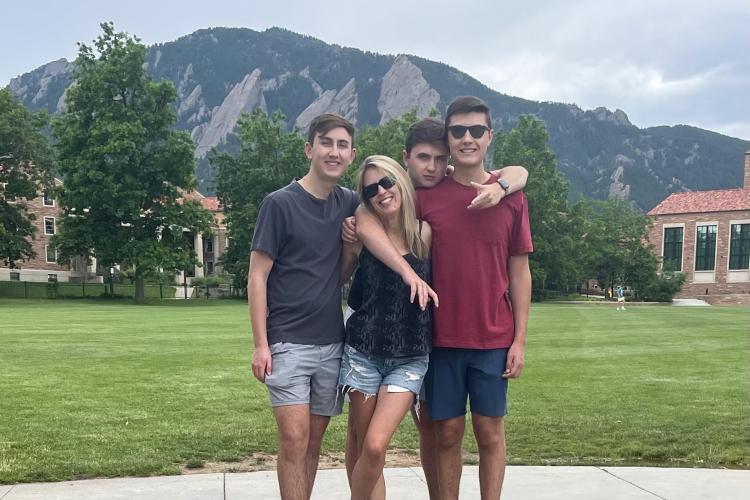 Phil, Alex, and Dom on campus with their mom, Kris.

“People were surprised. ‘Both of you in aerospace?!’ Actually, there’s one more. We’ve got an older brother too,” Alex said.

Phil will complete his master’s degree in August. He has a job lined up as a guidance, navigation, and controls engineer at Lockheed Martin, where he has interned for the last four years. Alex, meanwhile, is in his third summer interning at Northrup Grumman.

Dom is still undecided on a career path, but he has three years of his degree to complete, so there is plenty of time. This summer, he has a software internship at a firm in Denver.

As the three brothers grow in aerospace as young professionals, their mother is on the sidelines, cheering them on.

“Our mom is very, very proud of us,” Dom said, with a hint of embarrassment. “Whenever we’re out and about she loves to gush to people about how all her kids are engineers.”