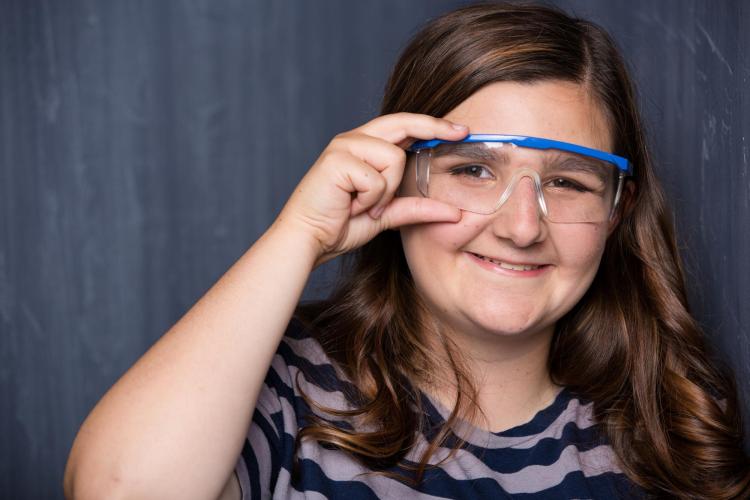 It was mid-March and stress was high at the University of Colorado Boulder. Due to the COVID pandemic, courses had transitioned online and students were moving out of the campus dorms. As one of her newly Zoom-based classes let out, Teagan Browne’s phone rang.

It was a Florida number. She did not know anyone in Florida, but decided to answer the call anyway.

On the other end was an Air Force official, with news that Browne was a finalist for the prestigious Department of Defense SMART Scholarship.

“Who would call me from Florida? Eglin Air Force Base in Destin," Browne said. "They wanted to talk to me about being a SMART Scholar there. It was good news in a bad week."

Browne, a sophomore aerospace engineering sciences student, has now been officially selected for the exclusive program, which provides a full-ride academic scholarship, summer internships and a job commitment upon graduation.

The program is designed to create a highly skilled pipeline of STEM graduates for the Department of Defense workforce. Honorees get all college costs covered and make a commitment to the DoD – for each year of education funding, they agree to work a year at a federal facility as a civilian employee.

Although Browne is just a sophomore, it effectively means she already has a job lined up once she graduates.

"It means a lot for job security. I’ll be a flight test engineer, which I want to do anyway. I'll be working on the Osprey tilt-rotor aircraft," Browne said.

The program provides a clear career trajectory for Browne, but she has had a strong interest in engineering for a long time - at least since age 4.

"When my parents would put me in a stroller, instead of looking at the scenery, I would look over the side to watch the wheels turn. I really like the way things move," Browne said.

Browne is particularly interested in using aerospace engineering to make a difference.

"Working with the military, that means keeping our pilots safe and improving fuel economy on jets so they can fly longer," she said.

She would also like to improve civilian aviation. Growing up, she spent many an hour squished in the middle seat on airlines and is interested in making such experiences much, much shorter in duration.

"I think a lot about ways to improve commercial airlines. It impacts travelers, businesspeople, everyone," Browne said. “I really want to bring back the Concorde.”

A new supersonic jet could cut flight times on long trips in half, and as an aerospace engineer, Browne would be able to contribute to plane designs to tackle the bane of breaking the sound barrier - loud sonic booms.

“NASA has done research on sonic booms to pick or better project where to have them happen," Browne said. "That could make a real difference. And on a San Francisco-to-Asia flight, which is 16 hours right now, it’s over the ocean, and you can fly there without dealing with sonic booms.”

As a student, Browne is also aiming to make a difference as a member of the TORUS project, a multi-university initiative that uses unmanned aerial vehicles to better understand supercell thunderstorms and tornadoes.

She has been serving with the team as a lab assistant and was looking forward to spending part of summer 2020 with TORUS chasing storms across the Great Plains. Unfortunately, that dream was delayed to 2021 due to COVID.

“We think tornadoes are getting stronger and more frequent, so this research is important to saving lives,” she said.

The pandemic has put a damper on things for now, but Browne is looking forward to the future and all that she can do as an aerospace engineer.

"I want to be hands-on and have things that I can hold and touch and see work. It's part of why I chose aerospace over other majors," she said. "And I really want my work to do something for the world."