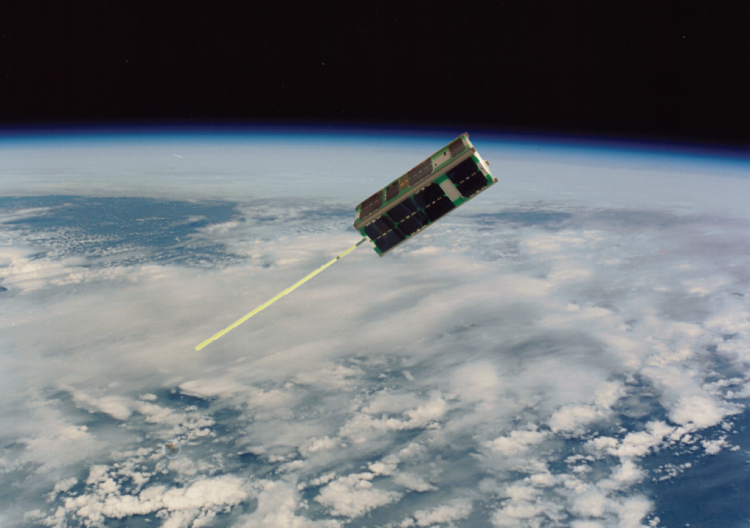 Rendering of the CSSWE CubeSat in orbit.

Up in the sky, it's a bird, it's a plane, it's (another) University of Colorado Boulder CubeSat!

CU Boulder's role as a major force in cube satellites is being highlighted by Bryce Space and Technology, a space research and consulting firm.

According to the company's just-released 2020 Bryce Small Sat Report, CU Boulder is leading all United States academic institutions and non-profits in the launch of small satellites between 2012 and 2019 and is No. 3 globally, behind only Japan's Kyushu Institute of Technology and Germany's Technical University of Berlin.

Bryce notes that CU Boulder has built and launched eight CubeSats since 2012.

"This is something to be proud of, and with over a dozen CubeSats in development, I expect our standing will continue to grow," said Scott Palo, a professor of aerospace at CU Boulder who has served as principal or co-investigator on many of the university's CubeSat projects.

CubeSats are being developed by students and faculty in numerous academic departments and laboratories across campus, including the Ann and H.J. Smead Department of Aerospace Engineering Sciences, the Laboratory for Atmospheric and Space Physics, and Colorado Space Grant.

Up to five CubeSat launches are expected in 2020 alone:

Find out more details about all of our CubeSat projects, past and present.