24 hours of sunlight — life and aerospace research in Antarctica

24 hours of sunlight — life and aerospace research in Antarctica 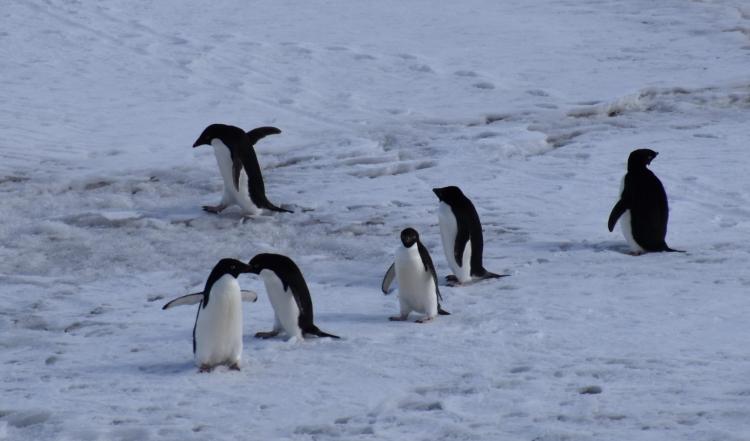 Headline Photo: (From left) Jackson Jandreau, Xinzhao Chu, Amanda Steckel; touchdown after a long and loud flight!
Above: Penguins really do just waddle around and slide on their bellies.

I can’t believe I am living and learning in one of the coolest (literally coldest) places on the planet. It is also one of the ugliest and simultaneously most beautiful. 50 acres of muddy ground and metal buildings, contrastingly surrounded by the breathtakingly beautiful frozen Ross Island.

I arrived here in December as a University of Colorado Boulder aerospace PhD student and Smead Scholar working under professor Dr. Xinzhao Chu. She has been conducting research in Antarctica for years using two sophisticated lidar systems to do remote sensing of the upper atmosphere.

Early explorers spent months of sea travel aboard steam vessels to do their science. In contrast, my colleague Amanda Steckel, Dr. Chu, and I flew here from Denver International in only about 24 hours. Our flights took us through Los Angeles, Auckland, and eventually to Christchurch, New Zealand, home of the US Antarctic Program (USAP) gateway to McMurdo Station.

At USAP we were issued our trademark red parkas, massively clunky “bunny boots”, and other extreme weather gear.

The next morning, we boarded a C130 aircraft headed straight to McMurdo on a very long, loud (and crowded) flight.

Life at the Bottom of the World

The living situation down here is pretty nice, considering you’re at the bottom of the world! Conditions have definitely improved a lot since the days when Robert Scott and Ernest Shackleton slept out in tents and sleeping bags.

All of us in the Lidar group are housed in the same dorm, a three-story building of suites with two per room.

The bed we saw inside Discovery Hut, built in 1902, vs. the accommodations we sleep in today.

The Galley here provides four meals a day, breakfast, lunch, dinner, and midrats (midnight rations, this is an ex-Naval base, so they use a lot of Navy terminology).

If you aren’t bothered by the lack of fresh fruits, vegetables, and eggs, the meals provided by the galley staff are great.

It's cafeteria style, but there’s plenty of choices and they even make it possible to keep up most diets while you’re here (vegetarian, keto, gluten-free, etc). We look forward to mealtimes as a good opportunity to set work aside for a moment and enjoy a cup of coffee with coworkers and friends. 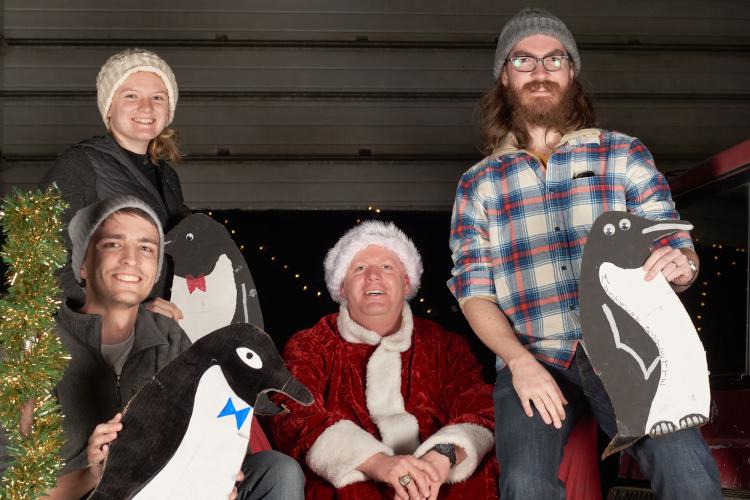 I guess South Pole Santa doesn’t have a beard?

The holiday season is a pretty big deal around McMurdo. From Christmas dinner, to holiday parties and art galleries, there are many activities centered around the season.

For celebrations, the galley breaks out special foods they’ve imported just for these events. They also had a Christmas party with a Santa sitting in the back of a Pisten Bully snowcat! All this was topped off with the annual Christmas Day baseball tournament held down by the sea ice.

What a privilege it is to be among those able to follow in the footsteps of those early pioneers of science.

A special treat was getting to step inside Scott’s 1902 Discovery Hut from one of his early voyages to Antarctica. Other than the weather, there isn’t much here to damage or break down the building over the years. We were excited to see that some of their original scientific experiments were still visible! What a privilege it is to be among those able to follow in the footsteps of those early pioneers of science.

Right next to the hut was a small group of Adélie Penguins out on the ice harassing the sunbathing seals. 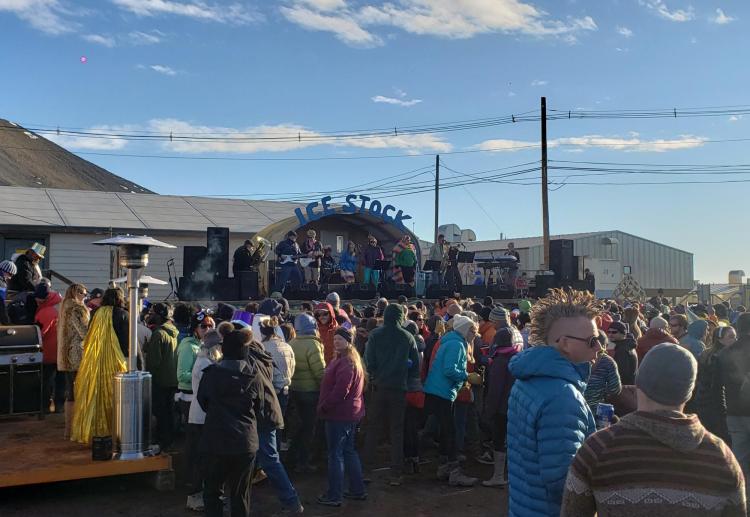 Icestock was a good opportunity for everyone to relax and bit and feel more at home.

The New Year celebration gets its own spotlight at McMurdo. The biggest celebration for this holiday is the annual Icestock, the “southernmost music festival in the world”, with bands made up of USAP staff and NSF grantees/employees performing until midnight.

Icestock was probably the longest I have spent outside in my whole time down here, and it was definitely not a warm day.

It was surreal counting down to 2020 with the sun still far above the horizon -- the next sunset in Antarctica won't be until March 3! New Year’s day itself saw a lot of hikers exploring the area around the base via the various hiking trails. I’m looking forward to venturing out for some hiking when the chance presents itself.

We are having a great time down here so far, enjoying the opportunity to learn about our own work, as well as the work our new friends are doing. Dr. Chu has run this campaign for almost 10 years now; it is a long campaign for many reasons, but one of the main goals is to identify how the behavior of the atmospheric layers relate to long-term solar and terrestrial events.

We’ve been learning about the lidar system all semester, and took a whole lidar class back in Boulder but are thrilled to finally get our hands on the actual system itself.

The lidar is being operated for the Antarctic winter by two of Dr. Chu's research assistants, Cissi Lin and Xianxin Li. Amanda and I are training so that in the coming years, we’ll be able to run the system over the winter. We’ve still got about six weeks left on this deployment, and there’s a lot of work to be done! 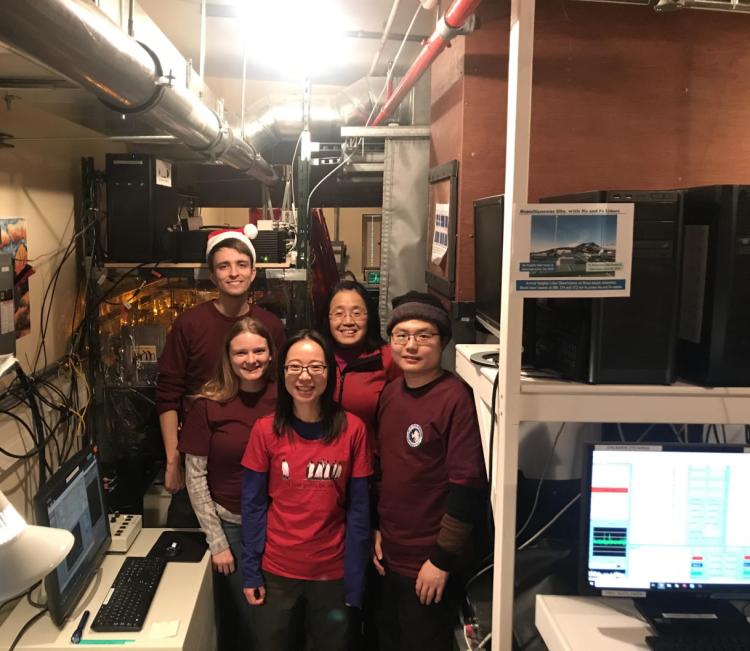 Hungry for more Antarctica? Check out Ian Geraghty's A Year on the Ice blog. Ian just wrapped up 13 months as a student researcher working in Antarctica, also under Xinzhao Chu.