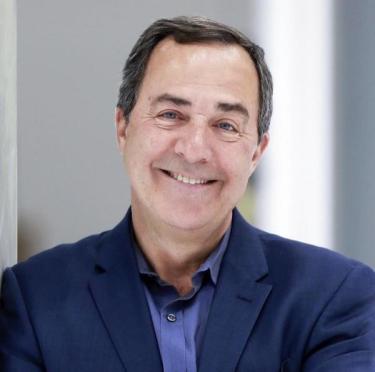 Mark Sirangelo, an Entrepreneur-in-Residence in the Ann and H.J. Smead Department of Aerospace Engineering Sciences at the University of Colorado Boulder has been named to a special position at NASA in the Moon to Mars program.

"I am pleased to announce the appointment of Mr. Mark Sirangelo as a Special Assistant to the Administrator. In this role, Mark will have broad responsibility to work across the Mission Directorates to further develop the agency’s plans for the Exploration Campaign.  This includes a strategy to meet the Administration’s policy to return astronauts to the lunar surface by 2024.  He will also lead the planning for the proposed agency restructuring to create the Moons to Mars Mission Directorate that will manage the programs to develop the Gateway, human rated lander and surface systems to return to the Moon and establish a permanent presence.  The new proposed Directorate will also manage the Exploration Research and Technology programs to enable capabilities required for exploration of the Moon, Mars and beyond.

"Mark N. Sirangelo has a long history in space and aerospace having lead program teams that participated in over 300 space missions, including over 20 planetary missions and 70 NASA missions.  His recent work experience has been as Scholar in Residence for Engineering, Applied Science and Aerospace at the University of Colorado.  Formerly, he was the head of Sierra Nevada Corporation’s Space Systems and CEO of SpaceDev, its predecessor company. He also served on the Defense Innovation Board for the Secretary of Defense and as the Chief Innovation Officer of the State of Colorado.

"His personal and organizational recognitions include being inducted into the Space Foundation’s Technology Hall of Fame, being an Associate Fellow of the American Institute of Aeronautics and Astronautics, named as one of the World’s Top 10 Innovative Space Companies by Fast Company, and recognized as Manufacturer Builder of the Year by ColoradoBiz, The Best Place to Work by the Business Journals, and part of Inc. Magazine’s top 200 companies.  Mr. Sirangelo was a founding member of the Commercial Spaceflight Federation and the founder and Chairman of eSpace, the Center for Space Entrepreneurship.   He has been working to make the world a safer place for children as a foundational Board member of the National Center for Missing and Exploited Children.  He holds Doctorate, MBA and Bachelor of Science degrees, is a long-term licensed pilot, and has served his country proudly as a U.S. Army officer.

"Please join me in welcoming Mark to the NASA leadership team."