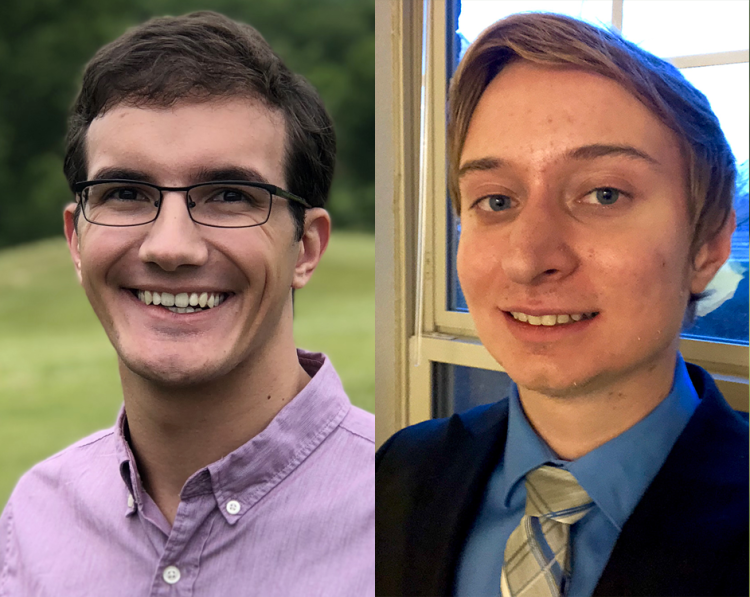 The program, a collaboration of Aviation Week and the American Institute of Aeronautics and Astronautics (AIAA), recognizes students earning STEM degrees who are nominated by their universities on the basis of academic performance, civic contribution, and research or design projects.

“I am elated to see the national recognition these outstanding students have received from Aviation Week. It is a testament to their passion and technical skills in and out of the classroom," said Smead Aerospace Engineering Sciences Chair Brain Argrow. "They are making strong contributions to aerospace as students and I look forward to their continued success as engineering professionals."

Blay is a BS/MS student being advised by professor Dennis Akos, Moretto is a PhD student working under assistant professor Jay McMahon.

The annual awards began in 2013, and CU Boulder has had more honorees than any university.

The winners will be honored during Aviation Week Network’s 62nd Annual Laureates Awards March 14 in Washington, DC. The full list of awardees is available at Aviation Week.