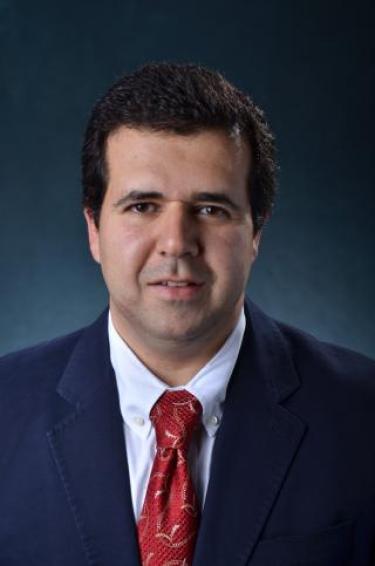 The award is among $98 million in funding for 40 new projects across the country being provided by the agency. These funds will support R&D projects for technologies to transform the nation’s energy system.

Hussein aims to revolutionize thermoelectrics, semiconductor devices that convert heat flow into electricity without moving parts or emitting pollutants, by creating a “nanophononic” thermoelectric device. This concept relies on a phenomenon Hussein pioneered in 2014 and has been studying theoretically within his group since then, where tiny structures added to a thin solid membrane’s top and bottom slow the flow of heat down the membrane by atomic vibrations (phonons).

The device will convert waste heat to electricity at twice the efficiency of today’s best thermoelectric devices. Since 60% of energy generated globally is wasted as heat, project success should significantly lower fuel consumption, energy costs, and global emissions.

“ARPA-E’s open solicitations serve a valuable purpose. They give America’s energy innovators the opportunity to tell us about the next big thing,” said U.S. Secretary of Energy Rick Perry. “Many of the greatest advances in human history started from the bottom up with a single person or idea, and OPEN 2018 provides a chance to open our doors to potentially the next great advancement in energy."

Hussein is the principal investigator for the project, which also includes Professor Y.C. Lee from the Department of Mechanical Engineering, Professor Ivan Smalyukh from the Department of Physics, Howard Branz, a research scientist in CU Boulder's Renewable & Sustainable Energy Institute, Colorado School of Mines physics Associate Professor Eric Toberer, and Kris Bertness, a scientist from the National Institute of Standards and Technology.