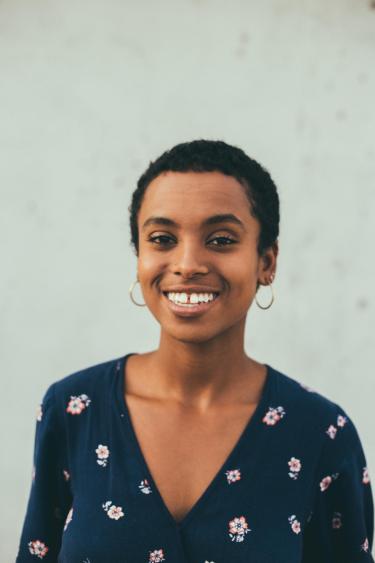 According to a Civis Analytics poll, between 15 million and 26 million Americans participated in protests for social justice last year. As our country faced a renewed awakening, Asha Romeo joined the call for accountability and equity right here at the College of Music.

Born in Ethiopia and brought to Boulder as an 18-month-old adoptee, Romeo grew up in a musical family. “Both my parents are musicians,” she says. “My mom is a retired violin teacher and performer. And my dad, who's a lawyer, is also a tenor who earned a master's in vocal performance.”

Romeo, a soprano, started voice lessons at 13. And by her senior year of high school, she knew she wanted to study music. After a semester at the San Francisco Conservatory of Music, Romeo further realized her passion for music education. So she moved back to Boulder to pursue a dual degree in vocal performance and music education at the College of Music. Romeo is currently a junior.

As soon as she settled here, she became involved with the Diverse Musicians’ Alliance (DiMA). “I applied for the DiMA scholarship, and since my first year, DiMA has offered a supportive space to be in,” she says.

"Besides our biweekly meetings, we put on Persevering Legacy, an event featuring music composed by historically marginalized, diverse female composers. But that was the extent of our activist activity.”

As the country became engulfed by Black Lives Matter protests and emphatic demands for racial equity, however, DiMA gained momentum as an organization empowering underrepresented student artists at the College of Music. Romeo credits one of DiMA’s advisors, Diversity and Outreach Coordinator Alma Ramos, with helping to kick off DiMA’s activism work.

“We've had a lot of very honest and safe conversations, which I hadn’t experienced before we had Alma,” continues Romeo. “It's been significant and reassuring to have someone on the administrative side whose goal is to truly listen to us and our problems, and to hear what we need.”

Last summer, Romeo joined other students and alumni in a petition to the College of Music and the Department of Theatre and Dance to take accountability for past missteps and to implement anti-racism policies in their respective departments and schools.

“The call to action was initially created by a friend, Rita DiSibio, who's in the theater department,” Romeo explains. “I asked if I could be part of this effort because I noticed they didn't have a representative from the music school yet.” 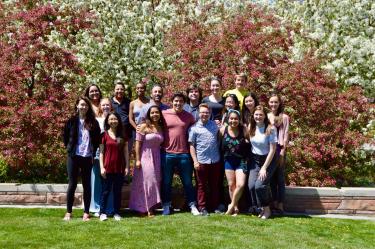 In the months since the public petition, the College of Music has worked to address many of the issues Romeo, DiSibio and their peers have raised—from establishing an endowment fund to support equity and inclusion efforts to creating several committees and task forces purposed to rewrite curricula and present events that spotlight underrepresented populations in the music community.

In addition to DiMA, Romeo is a member of CU IDEAS for the Performing Arts, a student-run group that cultivates systemic change in performing arts departments campuswide. CU IDEAS (Inclusion, Diversity, Equity and Accessibility for the Stage) hosts open forums, workshops, Zoom collaborations and events to create a supportive learning environment for BIPOC (Black, Indigenous and other people of color) students.

While Romeo is hopeful about the changes many departments on campus have made to promote diversity, equity, inclusion and justice for students, she emphasizes that there's still much more work to be done. “I hope to see more transparency between the student body and faculty and administrators, and an understanding that this is a student-focused movement,” she concludes. “We're having conversations, which is the first step.”

Curiosity drives Lydia Wagenknecht, a PhD candidate in ethnomusicology and recent recipient of a Fulbright Research Award. “I care that my research will help us understand something in a more broad-based way that we didn’t understand before,” she says. END_OF_DOCUMENT_TOKEN_TO_BE_REPLACED

We’re so excited to welcome alumnus Damani Phillips back to campus this week and to present him the College of Music’s 2022 Distinguished Alumnus Award at our commencement ceremony on May 5! “The versatile training provided by CU has been the cornerstone of my success to date, and has enabled me to do and be many things well beyond typical expectations,” he says. Meet Phillips and discover his powerful advice to graduating Music Buffs. END_OF_DOCUMENT_TOKEN_TO_BE_REPLACED

On May 5, we look forward to welcoming back Judith Glyde, formerly professor of cello and chamber music at the College of Music and chair of our string faculty. Since retiring in 2014 to live in New York City, the professor emerita she has been active with the college’s alumni community there, offering tremendous support to Forever Buffs who are now living and working in the city. END_OF_DOCUMENT_TOKEN_TO_BE_REPLACED
Return to the top of the page