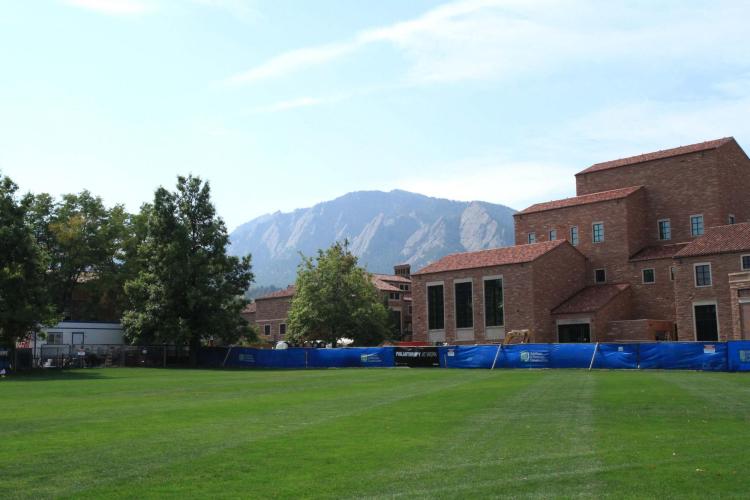 As the College of Music and other institutions in the music world make written and verbal commitments to face systemic racism and an overall lack of equity and inclusion among their ranks, some members of the college’s extended family are lining up financial support to make sure conversation progresses into action.

College of Music Advisory Board Chair Laurie Hathorn, along with former chairs Michele Ritter and Rebecca Roser (pictured below in a Zoom interview last month), are leading the gift giving by providing sustainable resources through the newly established Diversity, Equity and Inclusion Endowed Fund and also current resources to begin this important work right away. These gifts will provide support for diversity, equity and inclusion programs at the college, including hosting guest artists, purchasing music by underrepresented composers, scholarships, community engagement activities and other efforts.

“The funding will be necessary if the college hopes to make inroads in addressing this long-standing systemic inequity,” says Diversity and Outreach Coordinator Alma Ramos.

Hathorn, who officially became chair of the college’s advisory board this summer, has also made gifts to the flute studio and the music+ campaign. She says over the summer, she worked with members of the college’s advancement team to find where her support could do the most good.

“They helped me see that I could support this broader and long-lasting effort that is impacting the university as a whole, along with the college,” Hathorn says.

After the effort got off the ground, Hathorn says more members of the board began to show their support, including Ritter and music+ campaign chair Roser. In addition to financial support, the board also formed a diversity, equity and inclusion task force, of which Ritter serves as chair. 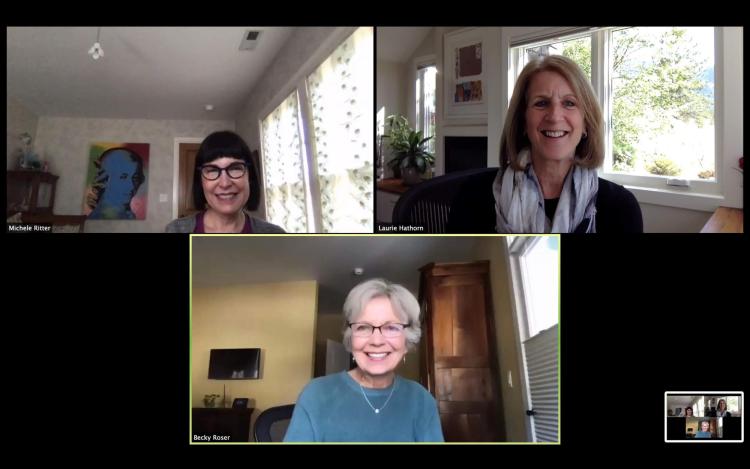 “In the midst of COVID-19, we knew that the biggest ways the board could help were with emergent needs related to the pandemic and with diversity, equity and inclusion,” Ritter explains. “We were all devastated by the murder of George Floyd and the reality of systemic racism, and we wanted to help as the community that supports the college. So I agreed to head up special initiatives related to DEI on the board.

“I really think it will be the fundraising support arm for the Ally Advocacy Committee.”

The College of Music’s Ally Advocacy Committee—or AAC—is a group of faculty and staff at the college that is working on becoming leaders advocating for DEI initiatives within the College of Music and their own specific departments. The hope for AAC is to carry out actionable items that the task forces are involved in to create a more supportive environment for underrepresented students, faculty and staff across the college.

Director of Strategic Initiatives Alexander George participates in the committee along with Ramos. He says the committee’s efforts will be bolstered by this funding. “Initiatives the committee will explore include changes to curriculum, concert repertoire, co-curricular programming, faculty hiring and student recruitment.”

Another area that could be impacted is the diversity efforts mentioned in the college’s 2016 strategic plan, “The College of Music Advantage.” Among those is the Distinguished Lectureship in Diversity and Inclusion, which has brought Sphinx Organization founders Aaron and Afa Dworkin, Project 440 founder Joseph Conyers and Native American ethnomusicologist Charlotte Heth to the college since its inception in 2018. This year’s lectureship will feature trumpeter and Jazz at Lincoln Center Artistic Director Wynton Marsalis on Tuesday, Feb. 15, 2021. More details will be released soon.

College of Music Dean Robert Shay says the collaboration happening on so many different levels will have an impact in the near term. “Funding will be critical, so having our volunteer leaders standing behind these efforts will accelerate our progress.”

Hathorn says she hopes to increase opportunities for underrepresented groups. “This is a moment for the board to seize, to open doors to broader talent.”

Ritter says part of the work of the board’s DEI task force and the AAC should be to look inward at the inherent biases and privilege of members and examine how they impact the College of Music.

“As a board, we need to look at our own culture. How do we work on making our board more diverse and inclusive?

“We understand that we’re not going to snap our fingers and fix it. There is hard work ahead. But I see this as an enormous opportunity for this community of supporters to make a difference, to make an impact in something we all believe in.”

Adds Roser, “It’s become a personal growth process for me to sit in the audience at our events—in the mostly white audience, watching our mostly white ensembles—and to think about what I can do to help, beyond my own personal education and awareness.”

Ramos says the first step to finding solutions has to be that education and awareness.

“Everyone is at different learning levels,” Ramos explains, “therefore, to do this work right, they need the knowledge to back up what they are saying, as well as pass it along to their own departments. This means committing to trainings that will expand their skillset and increase their awareness on different DEI issues. We need to hold each other accountable throughout this time so that we can create impactful and sustainable change.”

If you would like to give to the College of Music Diversity, Equity and Inclusion Endowed Fund, visit the fund’s website.

Curiosity drives Lydia Wagenknecht, a PhD candidate in ethnomusicology and recent recipient of a Fulbright Research Award. “I care that my research will help us understand something in a more broad-based way that we didn’t understand before,” she says. END_OF_DOCUMENT_TOKEN_TO_BE_REPLACED

We’re so excited to welcome alumnus Damani Phillips back to campus this week and to present him the College of Music’s 2022 Distinguished Alumnus Award at our commencement ceremony on May 5! “The versatile training provided by CU has been the cornerstone of my success to date, and has enabled me to do and be many things well beyond typical expectations,” he says. Meet Phillips and discover his powerful advice to graduating Music Buffs. END_OF_DOCUMENT_TOKEN_TO_BE_REPLACED

On May 5, we look forward to welcoming back Judith Glyde, formerly professor of cello and chamber music at the College of Music and chair of our string faculty. Since retiring in 2014 to live in New York City, the professor emerita she has been active with the college’s alumni community there, offering tremendous support to Forever Buffs who are now living and working in the city. END_OF_DOCUMENT_TOKEN_TO_BE_REPLACED
Return to the top of the page