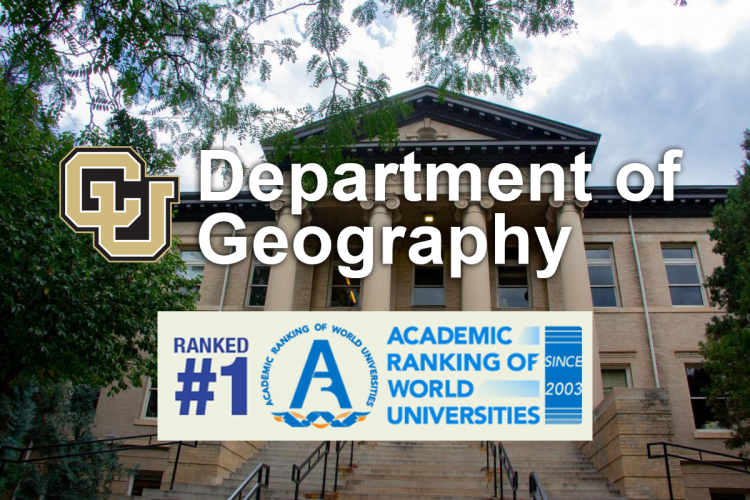 The Academic Ranking of World Universities by ShanghaiRanking's Global Ranking of Academic Subjects 2020 has rated the University of Colorado at Boulder's Geography Department #1 in the U.S. and #13 in the world.

"The University of Colorado Boulder is the major research university in the Rocky Mountain region of the U.S. CU Boulder has a proud academic tradition, with five Nobel laureates in the sciences, nine MacArthur “genius grant” recipients, more than 100 Fulbright scholars since 1982, and approximately 80 combined members of the American Academy of Arts and Sciences, the National Academy of Education, the National Academy of Engineering, and the National Academy of Sciences. Several CU Boulder research faculty from the National Snow and Ice data center shared the 2007 Nobel Peace Prize with former Vice President Al Gore for their contributions to the international report of the Intergovernmental Panel on Climate Change. The university has historically ranked as one of the top five sources of Peace Corps volunteers among U.S. colleges and universities and is the home of the founding chapter of Engineers Without Borders."  -- ShanghaiRanking Overview