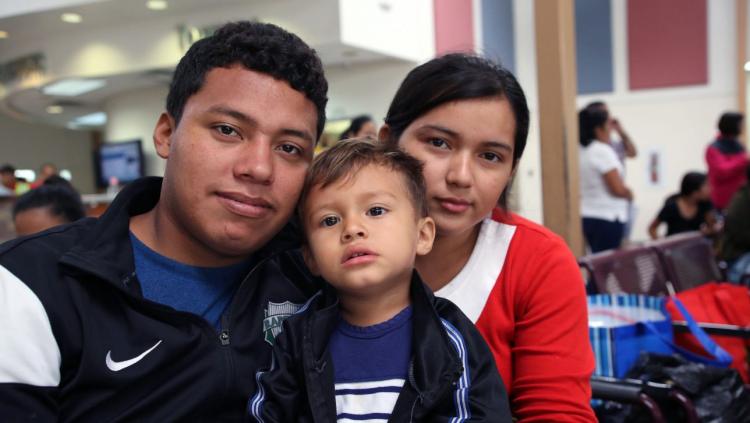 The United States has the largest refugee resettlement program in the world, contributing to the humanitarian efforts recognized by the global community. However, new research from the University of Colorado Denver finds that factors inherent to its structure creates systemic barriers for families that increase their risk of chronic poverty and socioeconomic instability. By requiring refugees to be economically self-sufficient within eight months of arrival, the resettlement program may be preventing them from attaining that very goal.

The study was published in Human Organization by Xiaoling Chen, now PhD student of Geography at the University of Colorado Boulder, and Eloiss Hulsbrink, MA, at the Colorado Department of Health Care Policy and Financing. The pair conducted the research with the support of CU Denver’s Anthropology department and mentor Sarah B. Horton, associate professor, as they pursued master’s degrees in anthropology. For the study, Chen and Hulsbrink focused on Somali refugees in Denver, CO, one of the largest refugee groups in the United States.

“Refugees are on the lowest socioeconomic rungs in the U.S.,” says Chen. “Many have a higher education or professional background in their home country, but those advantages are not fairly accounted for once they’re reduced to the category of ‘refugee’. For those who arrive without these advantages to begin with, despite their efforts, their chance to realize social upward mobility is even lower.”

Entangled in a web of barriers

The United States resettlement program works through a network of governmental and nonprofit organizations. Successful integration depends on refugees’ immediate and long-term access to the initial package of public services and financial aid offered to them as part of the settlement process. The public services include English training, employment opportunities, affordable housing and paths to use pre-existing skillsets.

But the government insufficiently funds resettlement agencies, which leads to understaffing. They often overwork their employees, who in turn fail to provide refugees with adequate services and emotional support. Without enough time to adapt to the new environment and to acquire necessary skills upon refugees’ arrival, it can take 13 to 15 years for them to earn a livable wage.

Upon arrival, refugees feel pressured to quickly find jobs to support their families before the cash aid runs out. Instead of the eight months promised to refugees, many of them have no option but to begin working after no more than 90 days to make up the difference.

“You find pressure from different sources adding up upon one family during this brief period when they’re trying to understand and navigate a society,” said Chen. “It not only leads to socioeconomic barriers, but also mental and emotional challenges for them.”

Researchers found that the chronic poverty experienced by refugees is a result of structural vulnerability and a “web of effects.” By starting on the societal low rungs, refugees are up against intense scrutiny and calculations of worthiness, which result in limited governmental support. The “web of effects” refers to the challenges that compound upon each other in patterned ways, which amplify the difficulties refugee families must overcome to avoid becoming trapped in poverty.

Keeping in mind local economies, the researchers believe that the federal and State governments should increase wage thresholds that determine reductions and termination of social assistance. States should pilot a casework model that better serves diverse populations to achieve self-sufficiency and integration, incorporate affordable housing into the resettlement process, and redefine “economic self-sufficiency” to reflect national and local living standards. To accomplish all of that, however, federal funders need to send more money and allocate some flexibility in its disbursement to resettlement agencies.