Dismantling Assumptions About Grassland Degradation On The Tibetan Plateau

The Tibetan Plateau supports a vast expanse of rolling meadows and grassy steppes that are nearly 3 miles (4,500 meters or 14,700 feet), on average, above sea level. Well above the tree line, these alpine ecosystems extend across western China to the Himalayan mountains in the south and to India in the west, covering an area equivalent to roughly one-third of the contiguous United States.

Because it is too high, cold, and dry to grow agricultural crops under such extreme conditions, pastoralism — or mobile herding of livestock — has been the main way in which people have made a living across much of the Plateau for thousands of years. Today, Tibetan pastoralists continue to rely on their yaks, sheep, and goats to supply wool, meat, dairy, and fuel (in the form of dung) for their households. But now, these herders are bearing the brunt of the blame for grassland degradation on the Plateau, prompting scientists to investigate how the grasslands are changing and herders’ role in it. 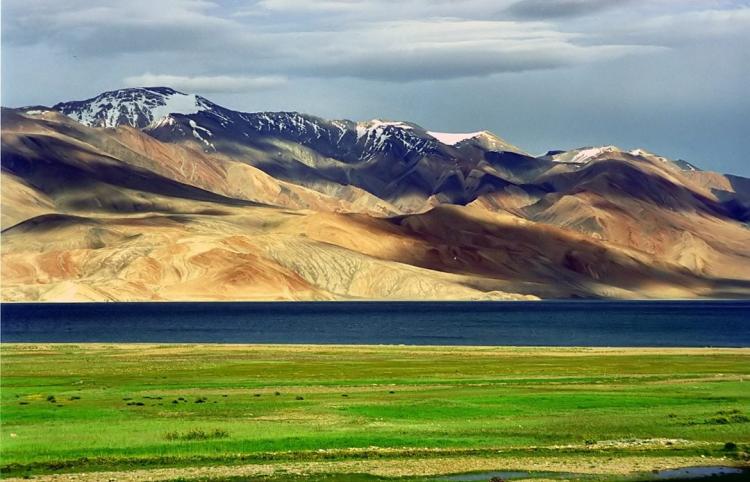 While there is increasing evidence for the negative impacts of climate change on these high-elevation ecosystems, Chinese policymakers and some researchers instead assert that widespread grassland degradation across the Tibetan Plateau has been caused by herders’ poor grassland management practices and overgrazing by their livestock.  Yet, there are reasons to be skeptical of these claims. On the political side, recent research revealed that official estimates of the amount of degraded land are dubiously inconsistent and likely inflated for political and economic gain. On the scientific side, studies assessing the extent of grassland degradation tend to rely on metrics of grassland health that do not adequately capture the vegetation characteristics that are important to herders. Then, when determining herders’ environmental impacts, most focus only on simplistic indicators of grazing pressure and fail to account for herders’ actual management practices, much less the factors that affect herders’ management decisions.

Although it’s no secret that this type of broad-brush approach to studying grassland ecosystems can lead to an overly simplistic view of environmental change, there are also good reasons for its prevalence. Integrating social and biophysical data remains challenging, and carrying out detailed, on-the-ground measurements of plants and soil across the large areas where pastoralists herd their animals would be nearly impossible. Scientists, therefore, turn to satellite images to give them a bird’s-eye view of swaths of the landscape at different points in time. But, this type of zooming out comes with the trade-off that researchers must then rely on satellite-derived proxies for vegetation condition, such as the normalized difference vegetation index (NDVI), which serves as a measure of the “greenness” of plants. While this type of index is incredibly useful for monitoring vegetation and detecting dramatic changes, such as deforestation, it also lends itself to the conclusion that “greener” is necessarily better – a trickier assumption in these semi-arid, alpine environments. And yet, it is precisely these kinds of simple assumptions that are providing support to policies that are currently removing livestock in an effort to reverse grassland degradation.

To tackle the question of how herders’ management decisions affect grassland condition, we conducted the first study that brings together satellite imagery, on-the-ground vegetation sampling, and interviews with local herders on the Tibetan Plateau. We focused on an area of the northeastern part of the Tibetan Plateau, in Qinghai Province, China.

As a first step toward examining how herding skill affects pasture condition, we tracked pastures’ NDVI through time, starting with when the government first divided the land, previously used communally, and allocated use rights to individual households. For this, we compiled 2 decades worth of satellite images taken in late summer, when these grasslands are at their greenest. Using herders’ rankings of their neighbors’ herding skill, which we triangulated with our own observations of their management activities, we assessed whether “good” herders were able to improve the NDVI of their pastures more than those with “poor” herding skill. Our results ran counter to the assumption that mismanagement is the primary cause of grassland change. Instead, we found that the natural topography of the landscape outweighed the effect of herding skill on vegetation trends through time. This means that the land that each household was allocated in the first place — whether on a steeper hillside or in a valley bottom — was a larger determinant of their pastures’ vegetation trends than whether they were skillful managers.

Next, to interrogate just how useful NDVI is as a metric of grassland quality, we compared vegetation measurements from 317 plots that Harris and colleagues established in herders’ pastures with NDVI values from a satellite image taken at the same time. Unsurprisingly, we found that NDVI was an informative measure of total vegetation cover, but it was unable to parse the difference between plants that were palatable to livestock — and therefore desirable to herders — and those that were not. Although some pastures that experienced larger relative increases in NDVI from 1990-2010 also had above-average production of palatable grass species, not all fit this tidy trend. For example, the pasture with the second-highest NDVI in 2010 had the least palatable plants, while the pasture with the second-lowest NDVI had the most palatable plants. These results highlight that while commonly used satellite images can provide useful information about general vegetation trends, on-the-ground sampling is still needed to distinguish a grassy or biodiverse pasture from a weed patch.

Finally, we connected the environmental trends we had observed in these pastures with herders’ own explanations of their pasture management decisions. Building on work conducted by Yeh and colleagues, we found that in the time since pastures were allocated to particular households, herders maintained flexibility by sometimes contracting their livestock or renting their pastures out to other herders to use, or conversely, taking their livestock to others’ land. Although this web of land-use transactions likely dampened our ability to assess the effects of a particular herder’s skill level on the environmental outcomes in his pasture, they nevertheless give a more realistic view of the ways in which contemporary Tibetan pastoralists are actually using the grassland. In-depth interviews also revealed the complexity of their decision-making from year to year, which hinged not only on environmental conditions, but also on personal factors, such as the death of a family member, a renewed dedication to religious practice, or the need to pay off a debt.

While we know that herding practices can certainly have ecological consequences and that the quantity of forage available for livestock is not the only way to assess grassland health, this study raises important caveats about the methods typically used to understand issues of grassland degradation and purported mismanagement. In addition, it underscores the need for a more nuanced understanding of how environmental conditions are interacting with political, economic, and social factors than is reflected in current grassland policies that are affecting hundreds of thousands of herders’ livelihoods across the Tibetan Plateau.

These findings are described in the article entitled Linking people, pixels, and pastures: A multi-method, interdisciplinary investigation of how rangeland management affects vegetation on the Tibetan Plateau, recently published in the journal Applied Geography. This work was conducted by Kelly Hopping from Stanford University, USA (currently at Boise State University), Emily Yeh from the University of Colorado Boulder, USA, Gaerrang from Sichuan University, China, and Richard Harris from the University of Montana, USA.