Taming Tibet: Landscape Transformation and the Gift of Chinese Development 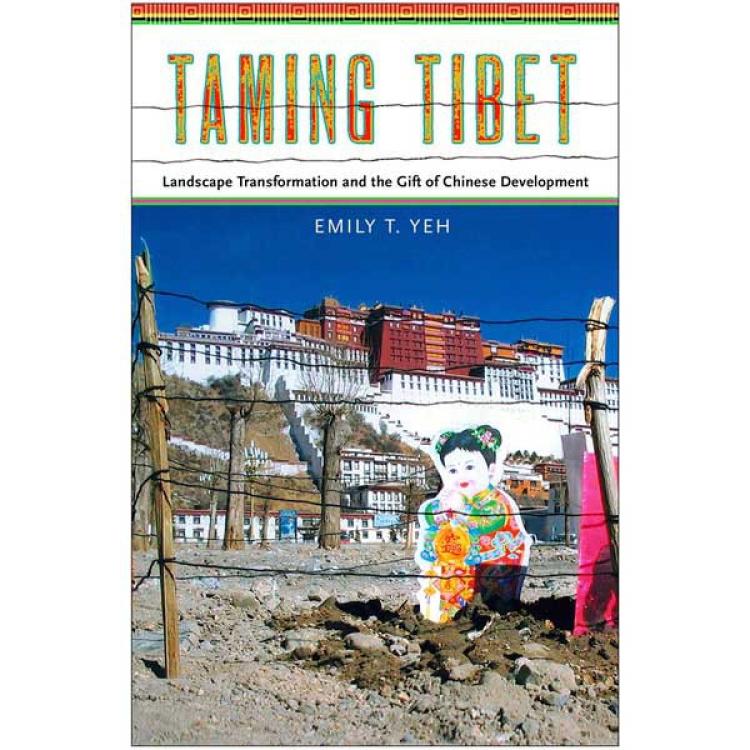 The violent protests in Lhasa in 2008 against Chinese rule were met by disbelief and anger on the part of Chinese citizens and state authorities, perplexed by Tibetans' apparent ingratitude for the generous provision of development. In Taming Tibet, Emily T. Yeh examines how Chinese development projects in Tibet served to consolidate state space and power. Drawing on sixteen months of ethnographic fieldwork between 2000 and 2009, Yeh traces how the transformation of the material landscape of Tibet between the 1950s and the first decade of the twenty-first century has often been enacted through the labor of Tibetans themselves. Focusing on Lhasa, Yeh shows how attempts to foster and improve Tibetan livelihoods through the expansion of markets and the subsidized building of new houses, the control over movement and space, and the education of Tibetan desires for development have worked together at different times and how they are experienced in everyday life.

The master narrative of the PRC stresses generosity: the state and Han migrants selflessly provide development to the supposedly backward Tibetans, raising the living standards of the Han's "little brothers." Arguing that development is in this context a form of "indebtedness engineering," Yeh depicts development as a hegemonic project that simultaneously recruits Tibetans to participate in their own marginalization while entrapping them in gratitude to the Chinese state. The resulting transformations of the material landscape advance the project of state territorialization. Exploring the complexity of the Tibetan response to—and negotiations with—development, Taming Tibet focuses on three key aspects of China's modernization: agrarian change, Chinese migration, and urbanization. Yeh presents a wealth of ethnographic data and suggests fresh approaches that illuminate the Tibet Question.