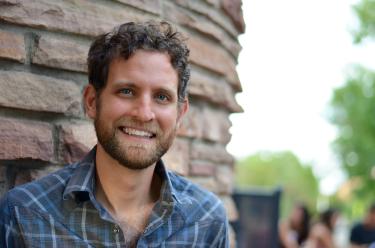 Students can email Dave with "Office hours: Name" in the subject line

David Ciplet is a sociologist focused on understanding how relationships of power and inequality in environmental governance shape efforts for a more socially just society. From the negotiating halls of the United Nations to community center meeting rooms, his research uses participatory qualitative methods to explore processes of social change in climate change and energy politics.

He has current research projects in three areas. First, he is collaboratively studying what is needed to achieve the United Nation’s Sustainable Development Goal of ensuring sustainable energy for all people. Second, he is investigating the conditions under which activist and advocacy campaigns have found success in efforts to persuade private and public banks to divest from fossil fuels and to adopt related human rights protections. Third, he is studying how a ‘just transition’ to a low-carbon society can be best achieved in the context of growing domestic and international inequality, the erosion of worker rights, and a warming climate.

Ciplet is a founding member and Executive Co-Director of the CU Boulder Just Transition Collaborative, which works to ensure that transitions to sustainable energy are rooted in the leadership and needs of those most directly impacted by forms of social and environmental inequality. As part of this work, he is currently working with community partners to ensure an equitable and socially just transition to a renewable energy economy in the city and county of Boulder. He also works with his students and KGNU radio station to produce the series the Brink: Stories of Inequality, Struggle and Transformation. Ciplet is an avid trail runner, mountain biker, and backcountry skier, novice guitar player, lover of good fiction, and grateful father.

A Note to Prospective Graduate Students

David Ciplet is a sociologist focused on understanding how relationships of power, ideas, and institutions in environmental governance both hinder and strengthen efforts for a more socially just society. He is interested in advising a small number of honors thesis students on three research projects: 1. Energy Access Finance and the World Bank (with the Power Up Lab): Despite growing international attention to the goal of universal energy access, 13% of the global population lack access to electricity and 40% are without access to clean cooking technologies (The World Bank, 2018). Energy access interventions often receive significantly less funding compared to other forms of energy projects that do not explicitly support the energy poor. This research project will investigate energy funding data from the World Bank to identify the share of funding that has enhanced energy access, as compared to other energy priorities. We will also work to identify institutional obstacles to energy access finance. 2. Justice and Urban Climate Planning: Toward a Conceptual Model: Several cities including Providence, Seattle, Portland, San Diego, Boulder, and New York have integrated considerations of equity and justice into their climate plans, often under the name of “just transition.” This project will analyze the components of each plan, how funding is directed, and the decision-making processes utilized to identify priorities. The collaborators will work to establish a conceptual framework to differentiate distinct forms of just transition plans, and the extent to which they are likely to advance climate justice. 3. Financial Institution Divestment and Climate Justice: During the last decade, numerous large financial institutions have made commitments to divest their investments from fossil fuels. This project will work to develop a typology to assess and characterize the likely effectiveness of distinct fossil fuel divestment commitments as they relate to climate justice.