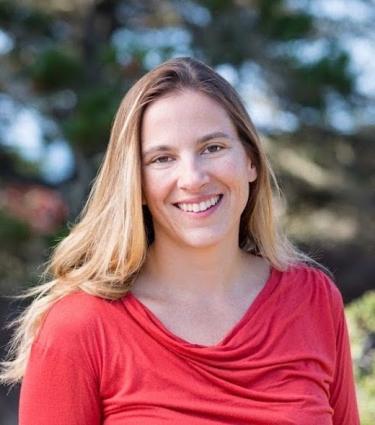 Cassandra Brooks is an Assistant Professor in Environmental Studies at the University of Colorado Boulder. She draws on a diversity of disciplines including marine science, environmental policy, and science communication to study and seek solutions to pressing environmental problems.

Prior to joining CU Boulder, she completed a PhD at Stanford University, studying international ocean policy, with a focus on marine protection in the Antarctic. In her previous graduate work at Moss Landing Marine Labs, she studied Antarctic toothfish in the Ross Sea, a population that supports the most remote fishery on Earth. She was also a core member of The Last Ocean, a grand-scale media project focused on the Ross Sea. Her efforts helped drive the adoption of the world’s largest marine protected area in the Ross Sea, Antarctica – one of the healthiest and most productive marine ecosystems left on Earth. In 2015, she was awarded a Switzer Fellowship in Environmental Leadership. Cassandra is also Science Faculty with Homeward Bound, a global women's leadership initiative set in Antarctica.

In the last 20 years, Cassandra’s drive to understand and contribute to marine conservation has taken her to all seven continents, working in different capacities. This includes as a federal fisheries observer on New England groundfish boats, five research expeditions to Antarctica, experience as a science writer and media producer, and working as an Antarctic policy advisor for international conservation organizations in the United States, Europe, and Asia. Cassandra's research is currently funded by NASA, NSF, and the Pew Charitable Trusts. She is a member of many international research projects, including Arctic Rivers, Coral Reefs on the High Seas Coalition, and Securing Antarctica's Environmental Future.

As an engaged scholar, she presents her work at conferences, workshops, public events, and directly to policy-makers. She has widely published in science, policy and interdisciplinary peer-reviewed journals, including commentaries in Science and Nature. Further, Cassandra is trained as a Science Communicator through the University of California Santa Cruz and has published more than 175 articles and multi-media stories about marine science and the environment, including in The Seattle Times, Science, and National Geographic. Cassandra also makes time to talk to the press. Her research and media have been featured in the popular media across the world, including NPR, PBS, CNN, Smithsonian, and The Washington Post. Active in the Antarctic science-policy sphere, since 2012, Cassandra has participated in meetings of the Commission for the Conservation of Antarctic Marine Living Resources

(CCAMLR) through the Scientific Committee on Antarctic Research (SCAR) delegation. For her interdisciplinary engaged scholarship, she was recently awarded the 2021 Early Career Award from the Association for Environmental Studies and Sciences.

Through her teaching at CU Boulder, which is largely focused on environmental governance and conservation solutions, she seeks to empower the next generations of environmental leaders. Cassandra advises a diverse interdisciplinary lab group, check out their work.